Donation is a surprise for marching band 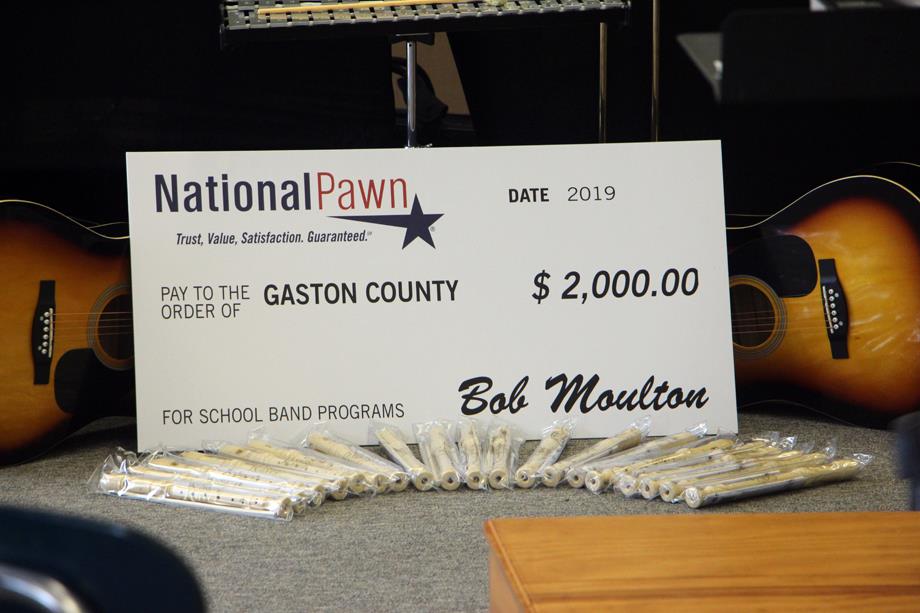 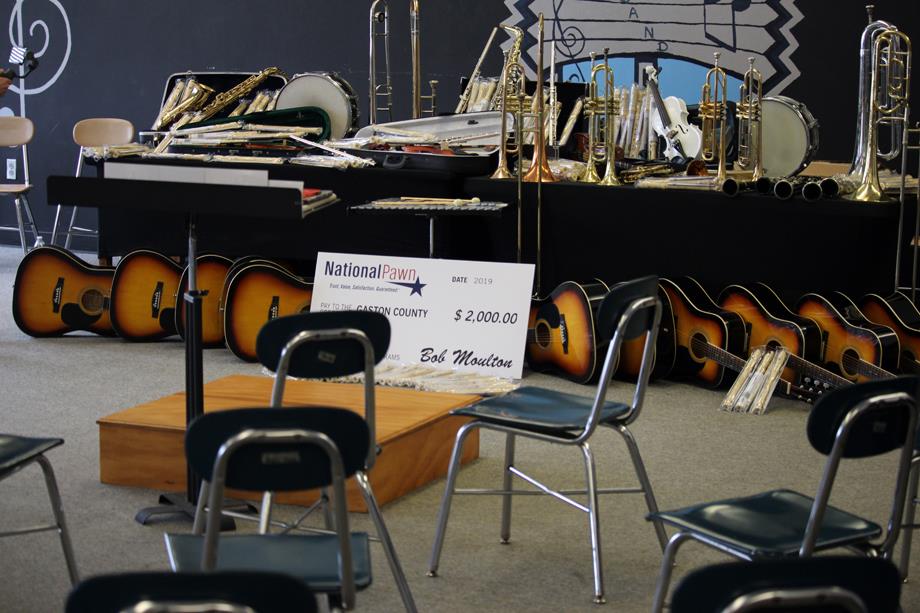 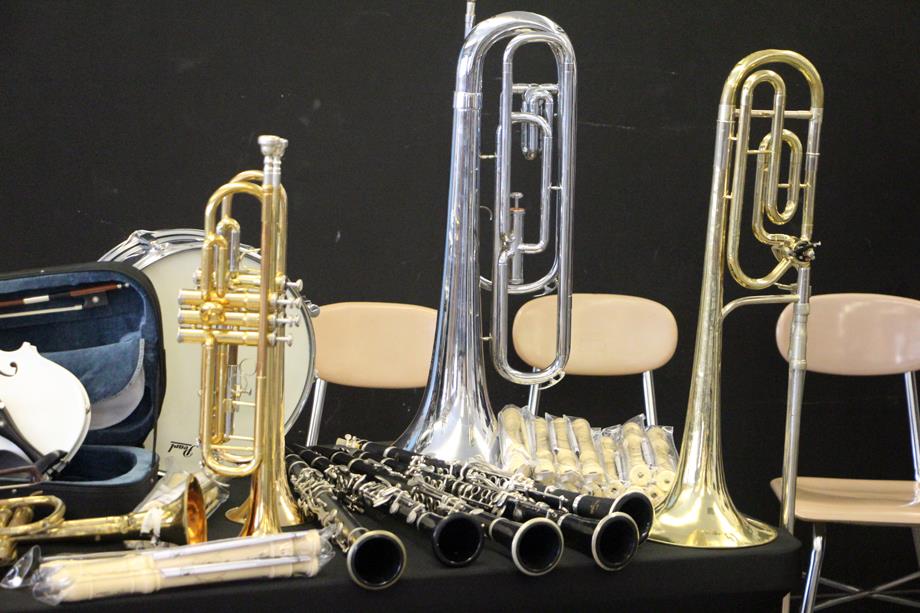 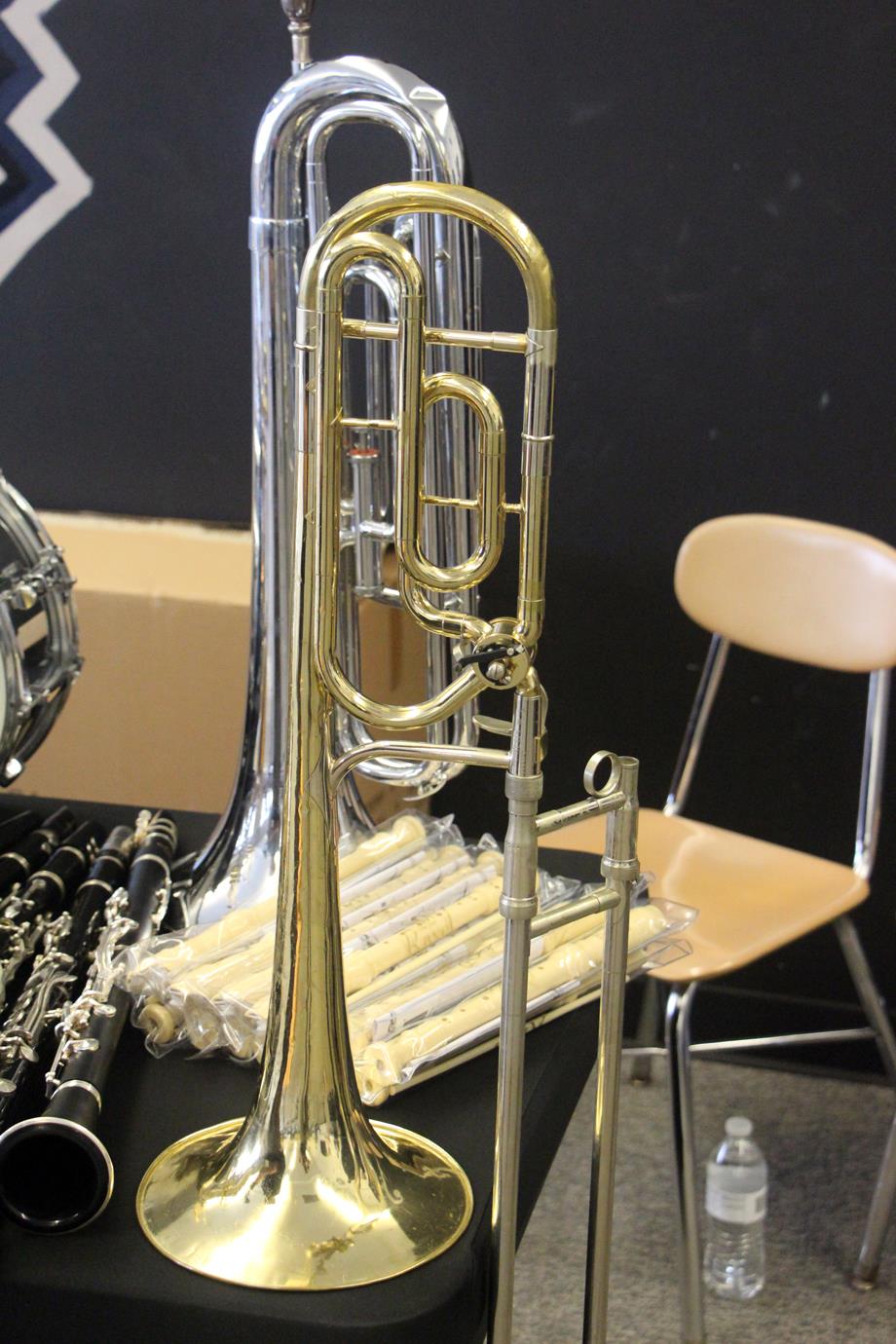 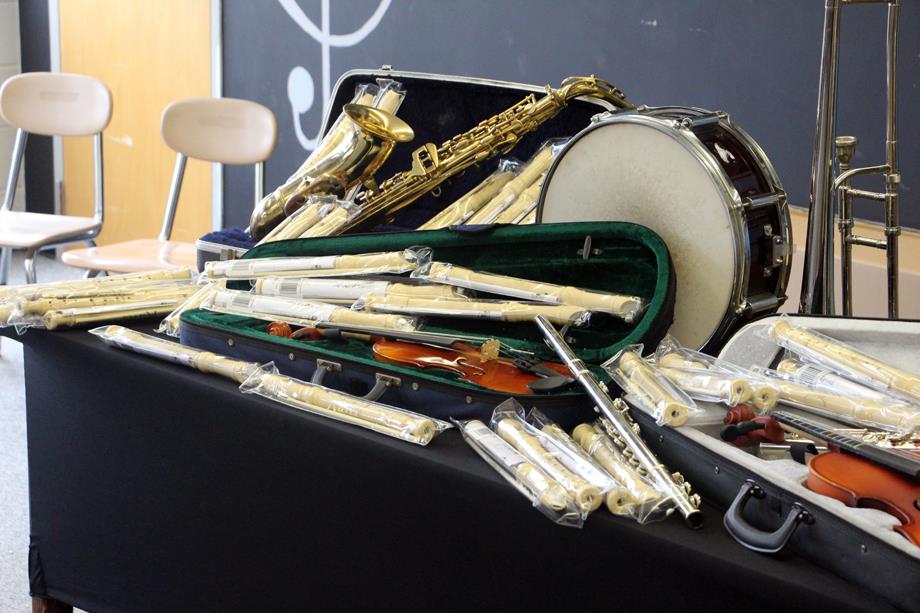 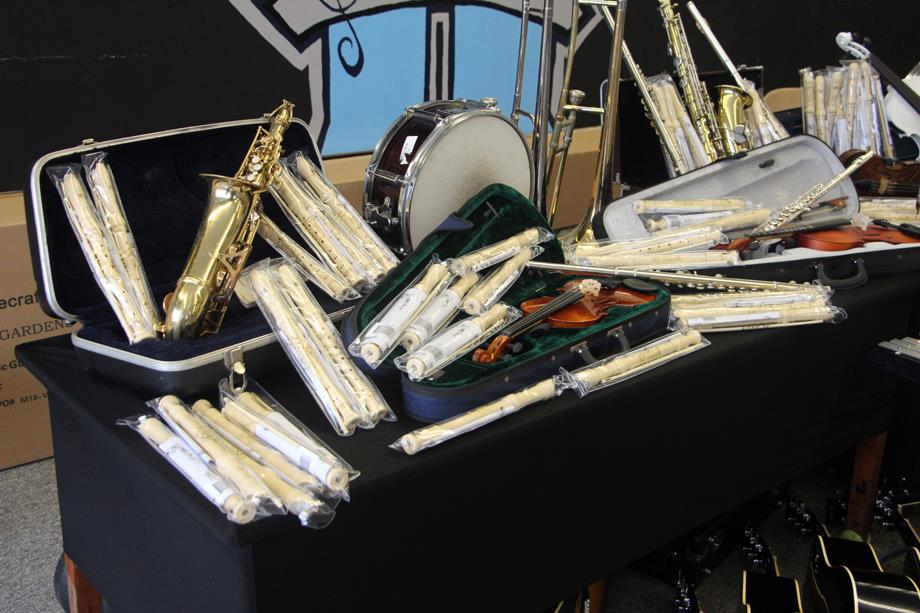 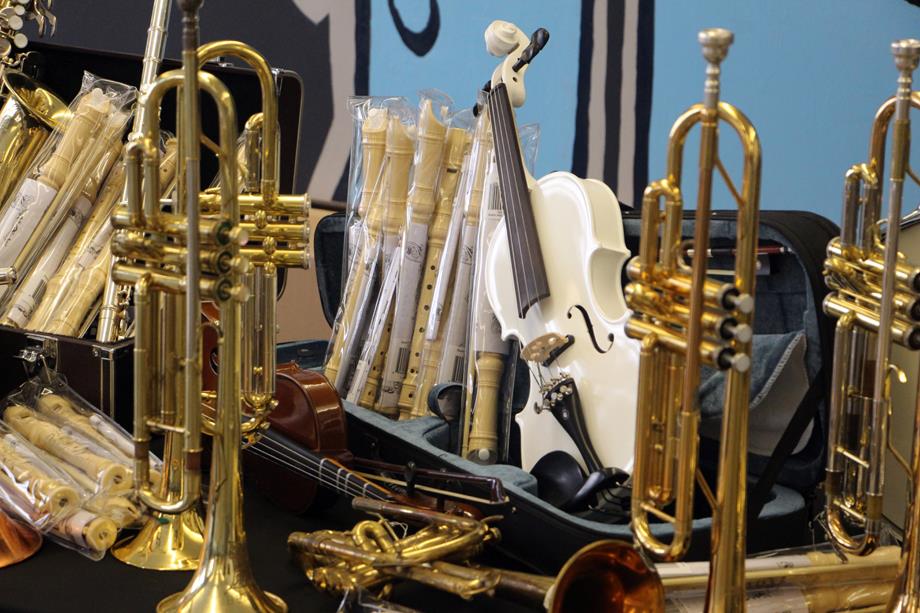 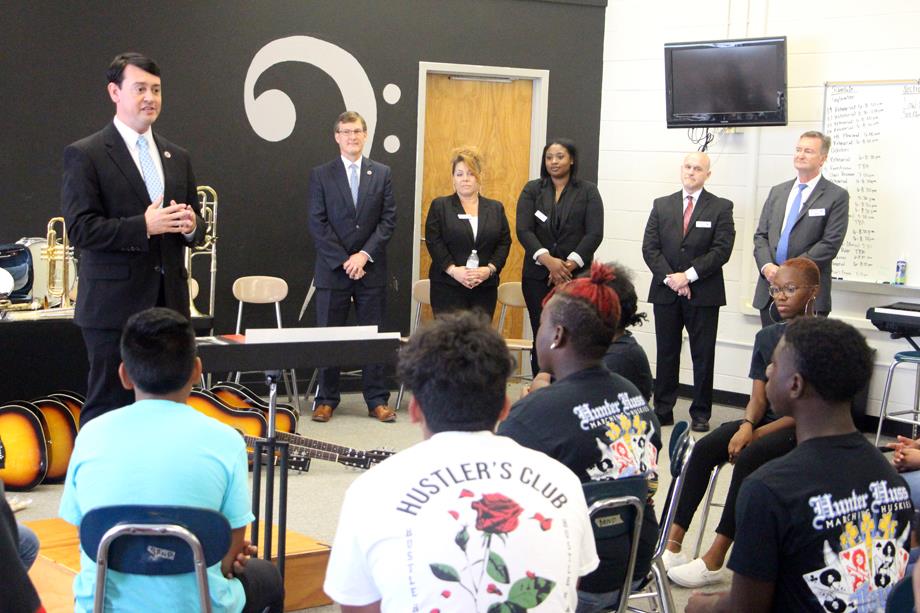 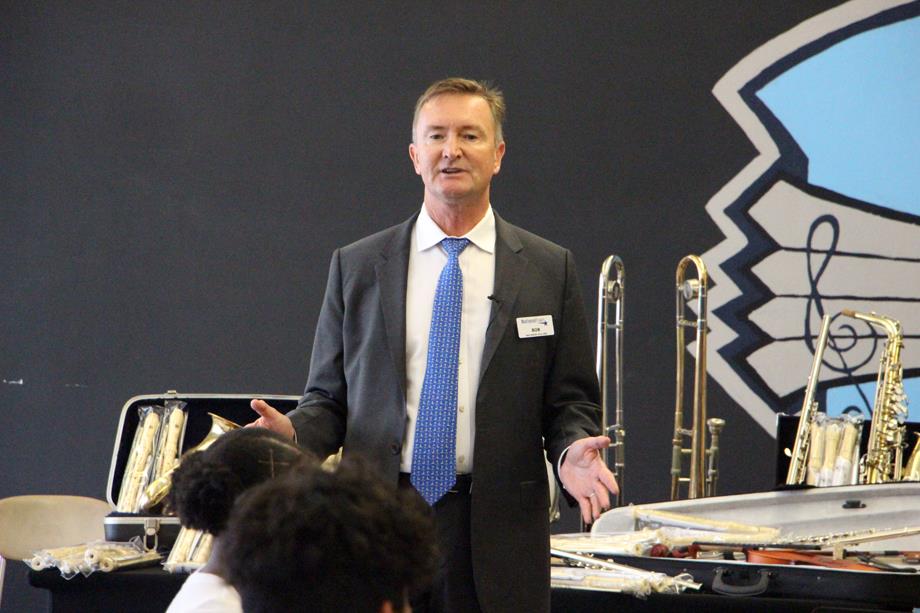 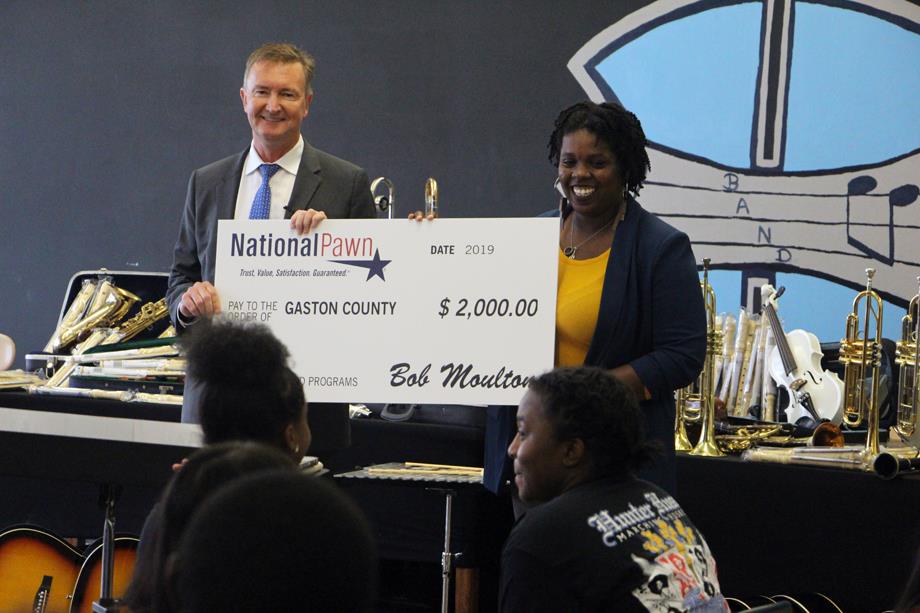 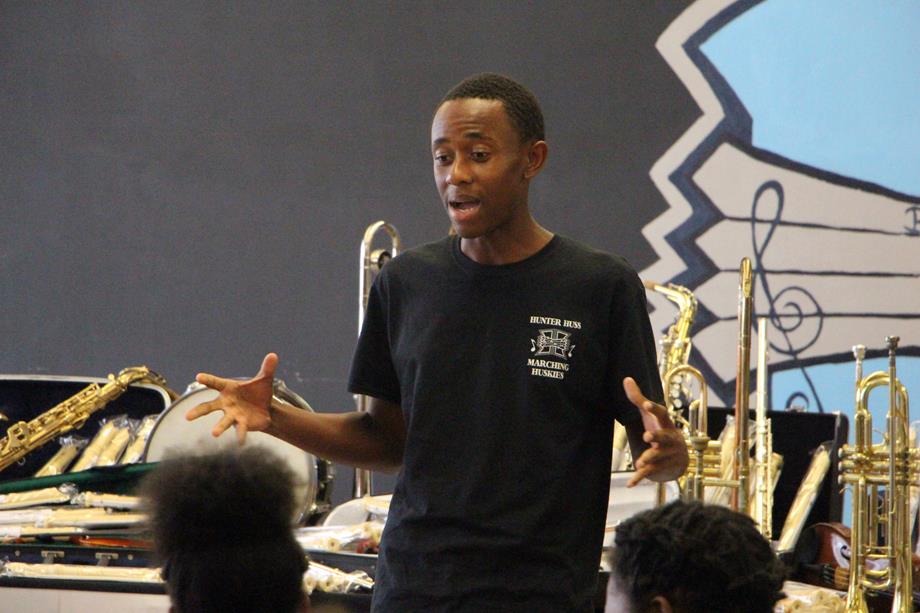 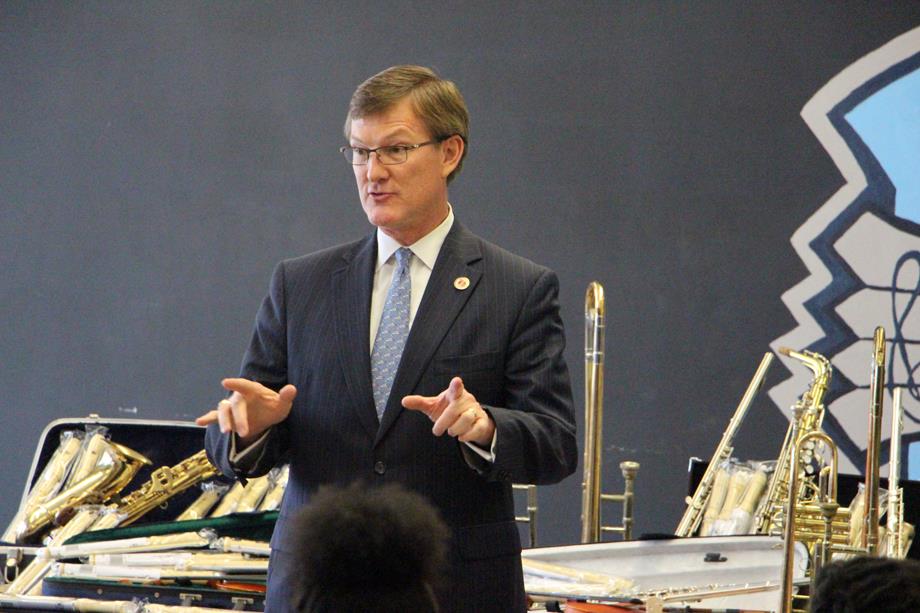 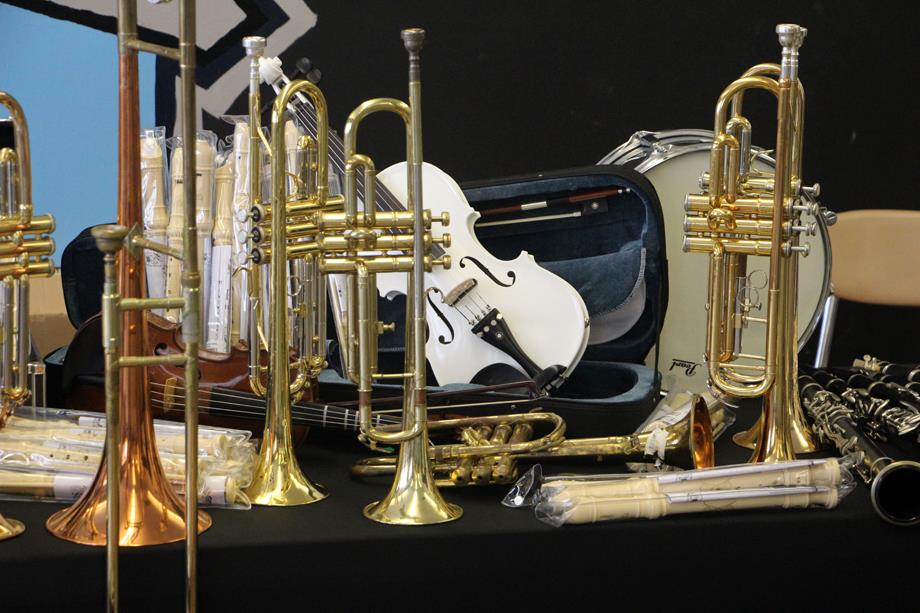 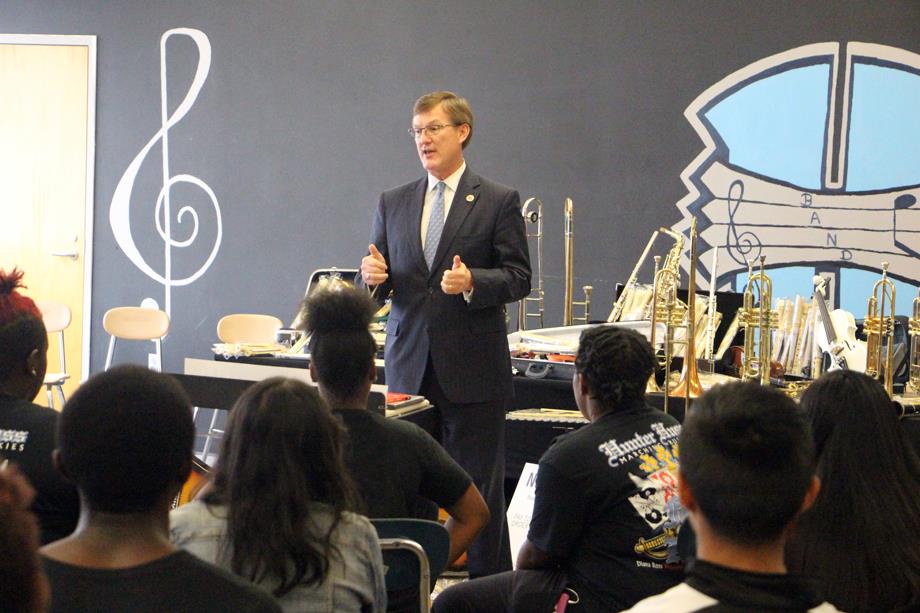 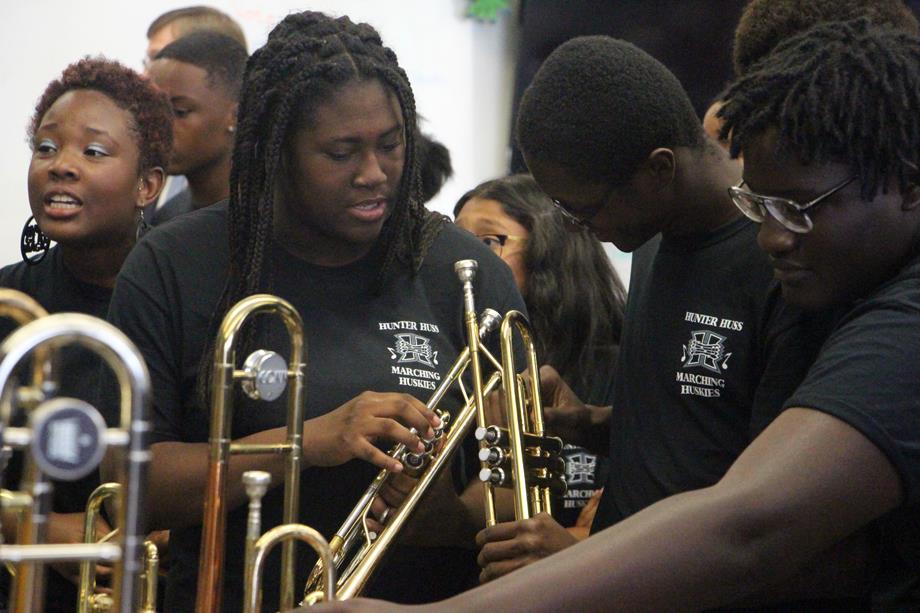 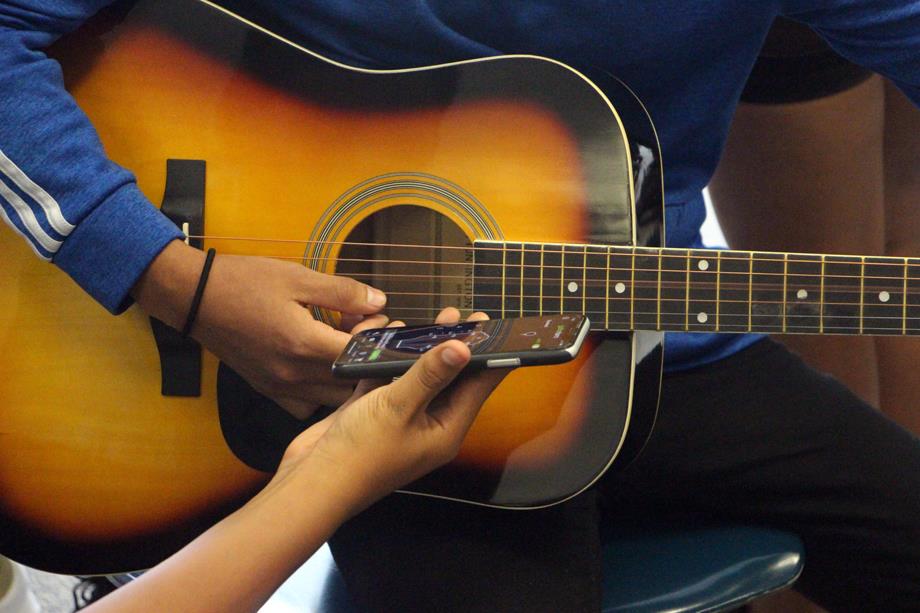 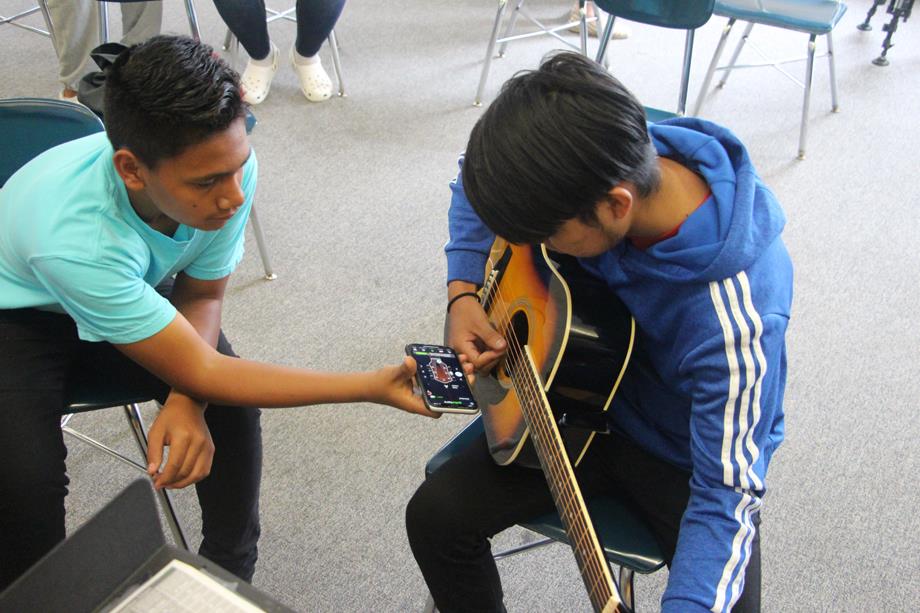 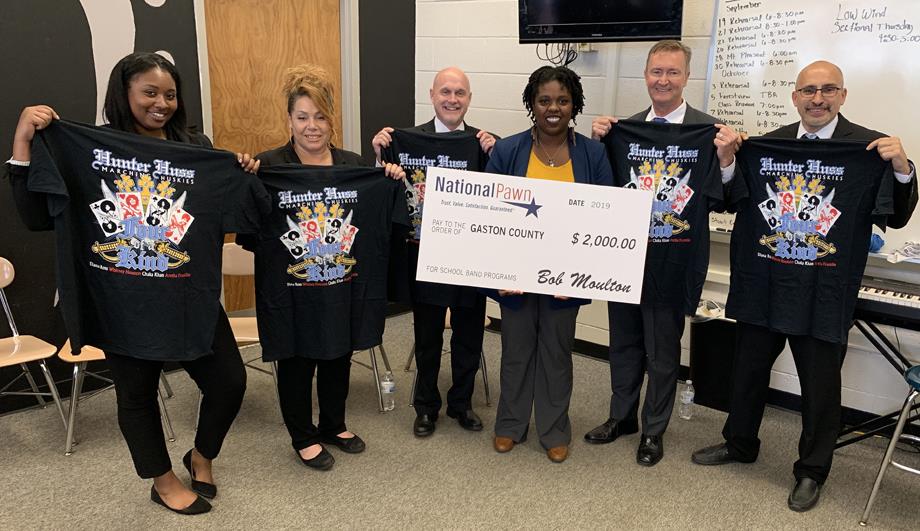 Hunter Huss High School gets donation of musical instruments and $2,000

For the third time in two years, Gaston County Schools is the recipient of a generous donation from National Pawn to support music education.

National Pawn donated more than 100 musical instruments and $2,000 to the marching band program at Hunter Huss High School during a surprise announcement on Wednesday, September 18.  The donation is part of National Pawn’s ongoing commitment to support music programs in schools.

After the students settled in the band room for their fourth period class, National Pawn owner Bob Moulton stepped forward to present a $2,000 check and an assortment of instruments including guitars, trumpets, trombones, flutes, clarinets, saxophones, recorders, and more to band director Heaven Watson-Weary.

“We are so grateful for Mr. Moulton and National Pawn,” said Watson-Weary as she described why this donation came at the perfect time. “We have been doing car washes and fundraisers trying to raise money for repairs, instruments, and new uniforms.”

Moulton, who played in the band when he was in school, said it is an honor to give the instruments and funds to Hunter Huss.

Since 2010, National Pawn has donated more than 3,800 instruments and $68,000 to 25 performing arts programs in North Carolina.  York Chester Middle School received a similar donation last spring as did Pleasant Ridge Elementary in January 2018.

National Pawn operates a store in Gastonia located at 2344 East Franklin Blvd.  In addition to Gaston, the company is donating instruments and funds this year to schools in Alamance, Cumberland, Durham, Forsyth, Guilford, Mecklenburg, and Wake counties.