Curtains going up on spring productions 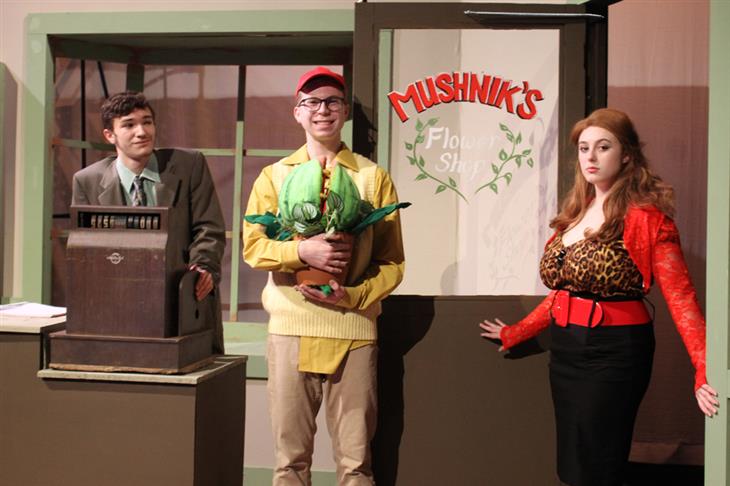 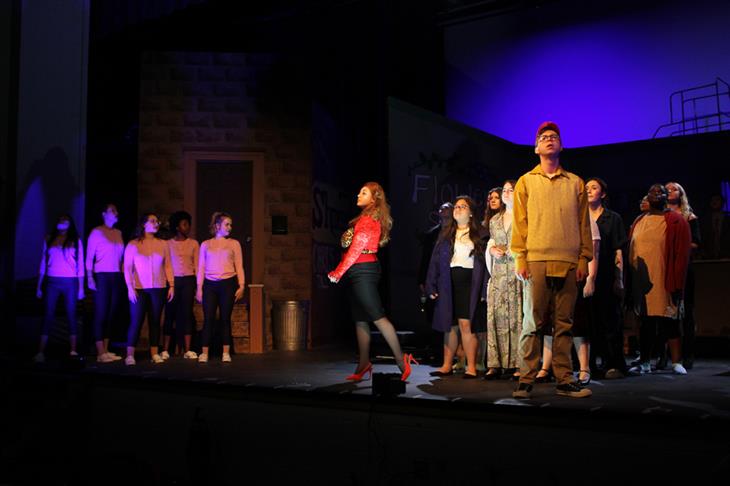 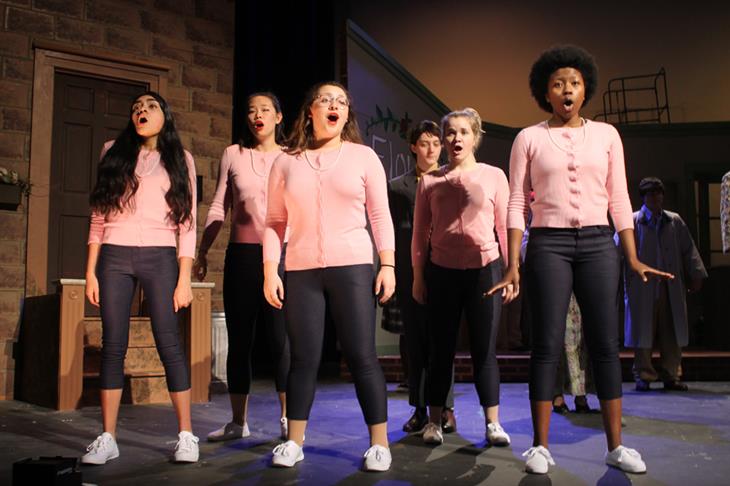 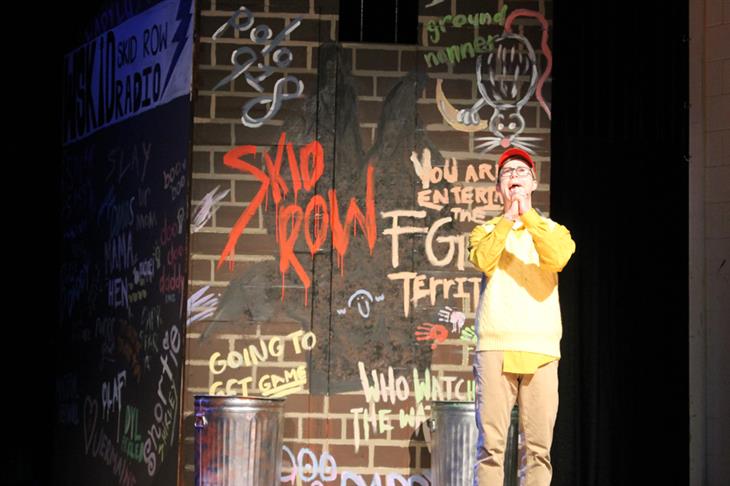 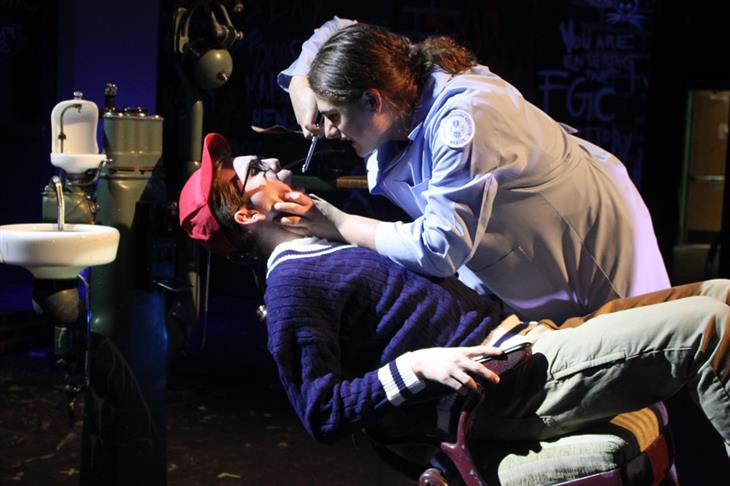 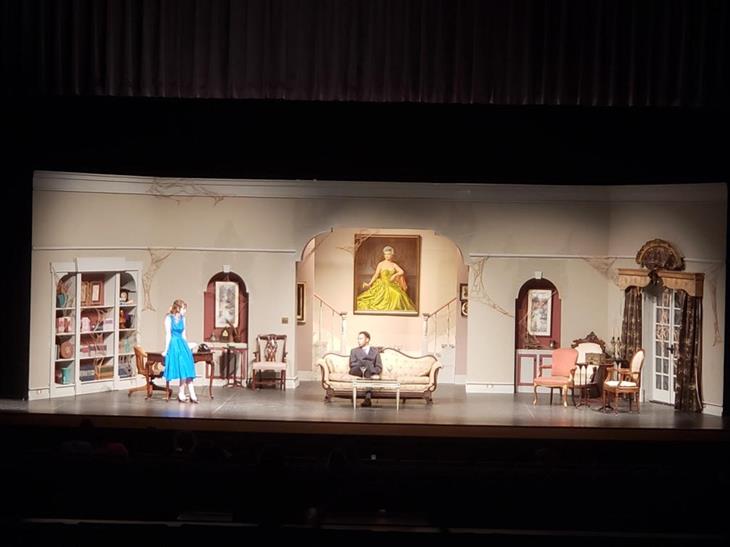 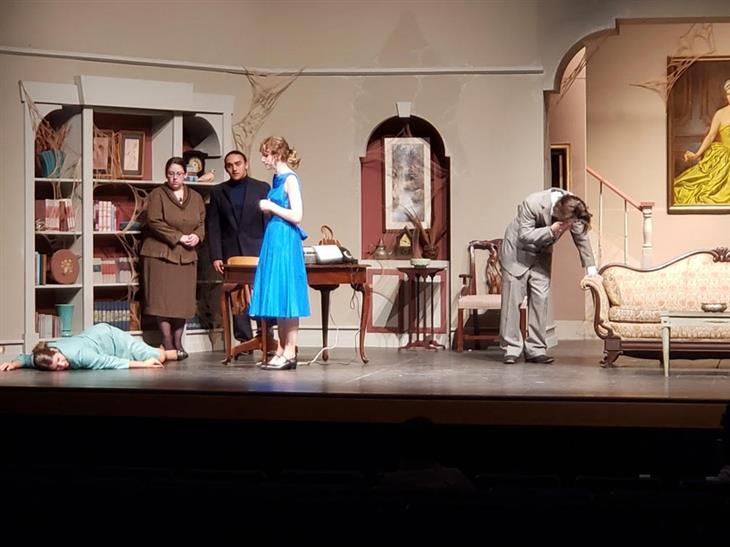 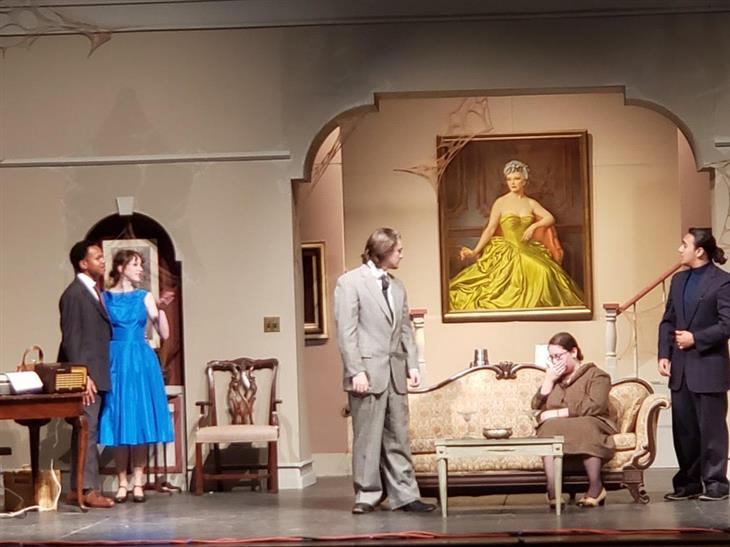 A Return to Theater: Curtains going up on spring productions

It’s been a long time since theater arts students have been able to do the thing they love most – perform in front of an audience.  In the coming weeks, curtains will be raised for the first time in two years as four high school theater departments in Gaston County Schools put on a spring production.

It’s an event that has been a longtime coming for students and directors, who have waited for this day with eager anticipation. The students, directors, and people behind the scenes have been working diligently to prepare for their return to the stage.

A weekend of murder-mystery
Stuart W. Cramer High School is hosting “Done to Death: A Murder-Mystery Comedy” this Thursday through Sunday (March 24-27) in the auditorium. This is the same setting where the school was about to mount a massive production of “Les Miserables” in 2020, but it didn’t happen because of the pandemic shutdown.

Theater arts teacher Chuck Stowe, who also serves as the president of the North Carolina Theatre Arts Educators, said the pandemic influenced what show the school would present this year for its spring production.  Originally planning on “Titanic: The Musical,” the ability to stage a production that big seemed too difficult.

"When we decided to change shows, we knew we wanted something funny and high energy,” said Stowe, who describes the play, which tells the story of five once-famous mystery writers who come together to write the script for a 1960s TV series, as “sheer lunacy.”

“And that description might even be too mild,” he said, laughing. “It’s a giant parody, slapstick sort of show.  It’s crazy and zany and just a lot of fun.”

The change in show gives the cast an opportunity to tackle a full-length play, a first at Stuart W. Cramer.

“We’ve done one-act plays before and obviously musicals, but this has presented a whole new set of challenges,” said Stowe.  “We’re working on a different kind of building skills with our set, and we have two distinct casts that will alternate performing.”

While Stowe says his students have been supportive of one another, it’s important to remember what missing out on the last two years of live theater has meant for them.

“One thing you wouldn’t necessarily think about is that this year’s seniors were freshmen performing in our last spring show,” he said. “They were ensemble roles and supporting cast, and now they’re in the spotlight with other people looking to them for guidance.  It’s been a rebuilding year, with some relearning and retooling, but it’s been really fun.”|

And as a kickoff to the spring play, Stowe will receive the North Carolina Theatre Conference K-12 Educator of the Year Award.  The prestigious award was announced in December 2019, but was unable to be presented at the opening of “Les Miserables” in March 2020 as originally planned.

‘Little Shop,’ a big musical
Also opening this week is Forestview High School’s production of “Little Shop of Horrors.”  The beloved, classic musical about a man-eating plant will be the first time that the lead actor, senior Vance Riley, has been able to perform on stage at the high school level.

“I’ve always wanted to be in a career where I get to perform,” Riley said.  “I was really into band in middle school, but when I got to high school, I started thinking about theater.  I was too nervous to go out for a role in the spring musical my freshman year, but when I went and saw it, I thought, ‘This is something I have to do.’”

When Riley found out that the spring show would be “Little Shop of Horrors,” he said he had never heard any of the music before.

“I went home and listened to the whole cast recording and just fell in love with it,” he said. “I would listen to it every day.  I still do, honestly.  When I got the news that I was going to be Seymour, I couldn’t believe it.  It’s a dream come true.”

Riley said that while he’s never had to prepare this much for a show, he is loving every minute of it.  “Being the lead in a musical is no joke and developing a character is a lot of work, but once you get everything down and learn exactly what you need to do, it’s amazing.”

Riley added that he’s excited for the audience to see just how hard the cast and crew have worked to bring live theater back to Forestview.  There are three performances for the public to enjoy – March 24-26 at 7:00 nightly.

“We haven’t had a show in so long,” he said. “I want the audience to see that we haven’t given up.  We’re coming back full force, and I want this to be the best show we’ve ever put on.”

Riley said if the last two years have taught him anything, it’s that doing what he loves and getting to perform should never be taken for granted.  “I’m incredibly grateful to be able to get up on stage again.  Theater is a privilege, and it’s a job that I don’t take lightly.”

More theater
While shows at Stuart W. Cramer and Forestview are opening this week, there is even more live theater to look forward to in the coming months.  North Gaston High School will present “Freaky Friday: The Musical” on April 7-9, and Highland School of Technology will be staging “The Addams Family Musical” on May 6-7.

Lia Smith, theater club adviser at Highland, echoes the sentiments about being excited to see her students on stage.  This will be her first time directing a show.  She said it’s been encouraging to see the number of students who want to be involved in the spring production.

“I think a lot of students missed theater more than we even realized,” said Smith. “In addition to the auditions that just blew me away, we had over 30 students sign-up for tech crew, and I have students come by all the time to ask about opportunities where they can help.”

Smith added, “Seeing the students so ready to perform and be a part of this process has made me very excited about our production.  It makes me proud to see them do so well.  I am looking forward to our opening weekend.”

Click here for a list of fine arts performances, events, and activities taking place this spring in Gaston County Schools.