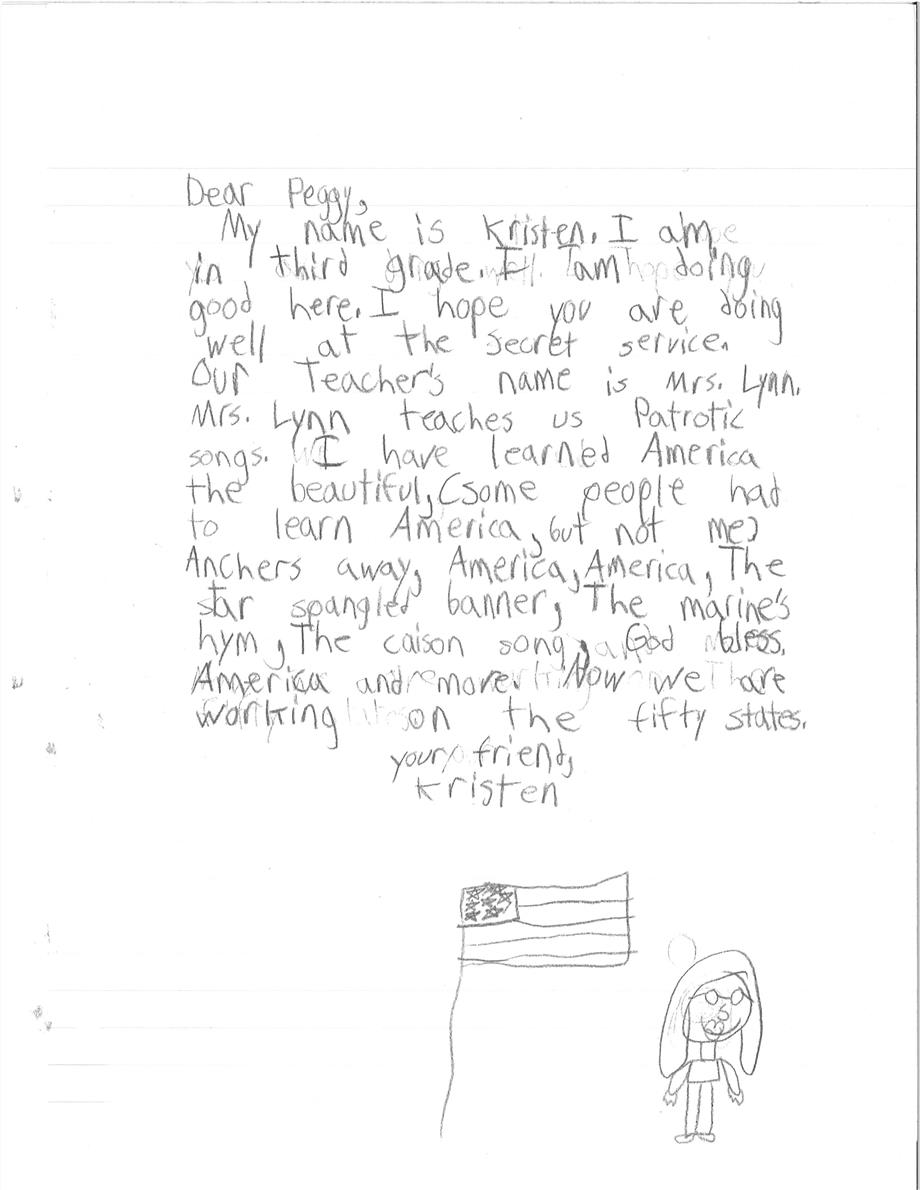 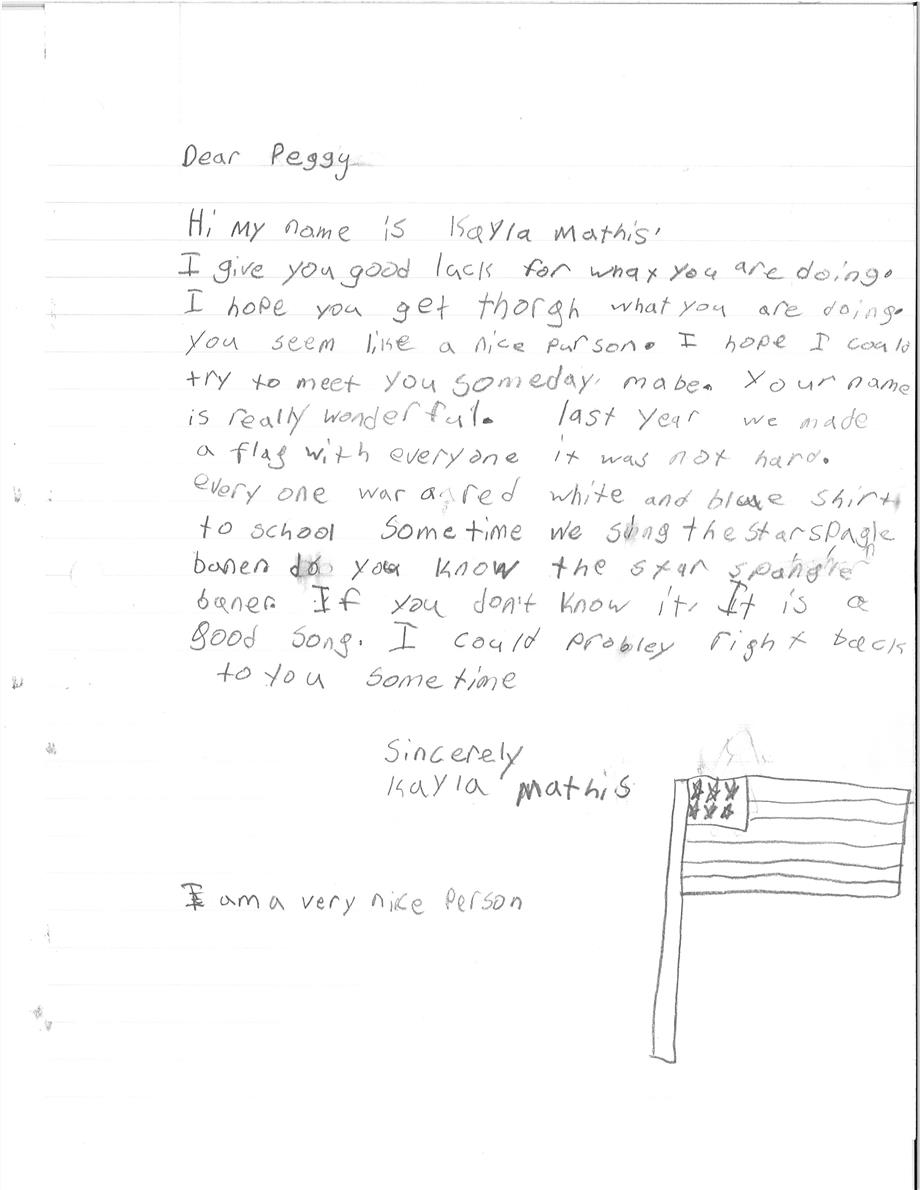 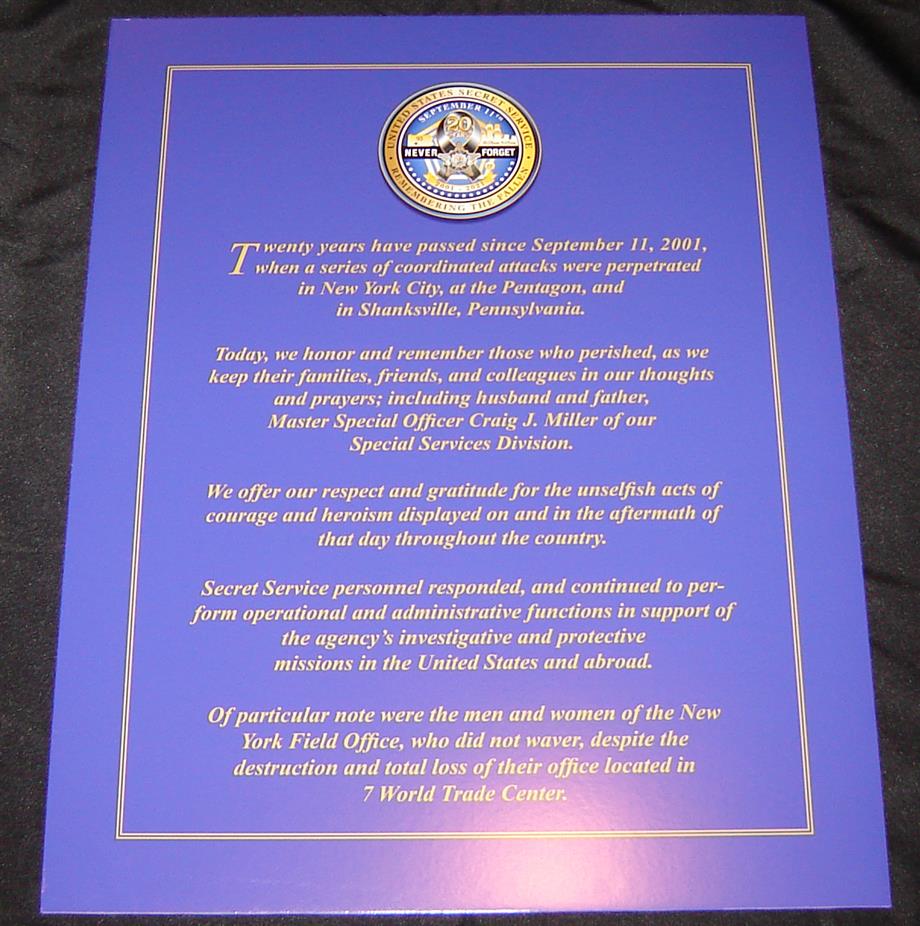 Students’ letters from 20 years ago included in 9-11 display

Letters written 20 years ago by students in Gaston County Schools are being used to commemorate the anniversary of 9-11.

Just a week after the terrorist attacks on September 11, 2001, students in the third grade classes at Tryon Elementary School got busy writing letters and drawing pictures to send to people affected by the devastating events of the never-forgotten day.  Letters from Sharon Lynn’s students ended up in the hands of Peggy Hare, who was working in the United States Secret Service field office in New York on September 11.

“It is wonderful to know that letters from our students have been kept all this time and will be part of the 20th anniversary observance,” stated LeFevers, who admits that it was a bit odd to be contacted by someone with the United States Secret Service.  “When you get an e-mail from the Secret Service, you immediately think, ‘What in the world is going on?’ and after I read it, my first thought was ‘Is this real?’”

Cynthia Ramseur was one of the four third-grade teachers at Tryon in 2001.  She is still there and remembers the students writing the letters as a way to show appreciation for the heroic efforts that took place on 9-11.  The students also wanted to bring some cheerful thoughts to the individuals who were on the sad and stressful frontlines of the recovery and investigation.

“The project had an academic purpose because we wanted the students to learn about how to write a letter, but it also gave them an opportunity to express their thoughts and feelings,” said Ramseur.  “What took place that day was all over the news and everyone, including our students, was seeing what happened.  It had an effect on them, too.”

Ramseur said each class wrote letters that were sent to different locations.  Her students’ letters went to a fire station in New York, and she still has copies of them.

“To know that letters from Tryon are part of a 9-11 display makes me proud of our school,” she said.  “Through their letters, we felt like our children were helping make a difference in the lives of others who went through a horrible event.”

Ramseur remembers her colleague, Mrs. Lynn, as an “awesome teacher.”  Lynn, who retired after 37 years of teaching third grade, passed away last year.  Ramseur knows that it would warm her heart to have people seeing and talking about her students’ letters 20 years later.

One letter from a student named Kristen highlights how Mrs. Lynn taught students about the 50 states and how to sing songs such as “The Star-Spangled Banner,” “America the Beautiful,” and “Anchors Aweigh,” the fight song of the U.S. Naval Academy.

“She taught the patriotic songs every year; that was important to her,” said Ramseur, who was a teacher assistant for Mrs. Lynn before becoming a teacher herself.  “She loved teaching, and she loved her students.”

Schools across Gaston County are conducting special lessons and activities that bring attention to the 20th anniversary of 9-11.  During the home football game on Friday, Bessemer City High School is hosting an “American Hero/Military Night” program.  Veterans and active military personnel will be recognized during on-field ceremonies.

At W.C. Friday Middle School, the band recorded a performance of “The Star-Spangled Banner,” which will be played during the daily announcements.  The band’s performance is part of a video that includes information about what happened on 9-11.  Additionally, the art classes are designing origami cranes, which are a sign of healing and were left near the fence at Ground Zero.  The paper used to design the cranes includes messages of hope from the students.

Bessemer City Primary School is continuing its tradition of having “K is for Kindness Day” in association with September 11.  The program honors the memory of Kay Scearce, who taught first grade at the school for her entire 31-year teaching career.  Scearce passed away on September 11, 2018, but her memory and motivation live on through the acts of kindness and thoughtfulness of students and staff.

Principal Bill Kessler says it is fitting to have Kindness Day in connection with September 11 because the events of that day brought Americans together in kindness, thoughtfulness, and love.  This year, as an act of kindness, Scearce’s family contributed $500 to the school for the purchase of wish list items for classrooms.