Spelling champion is going to Washington 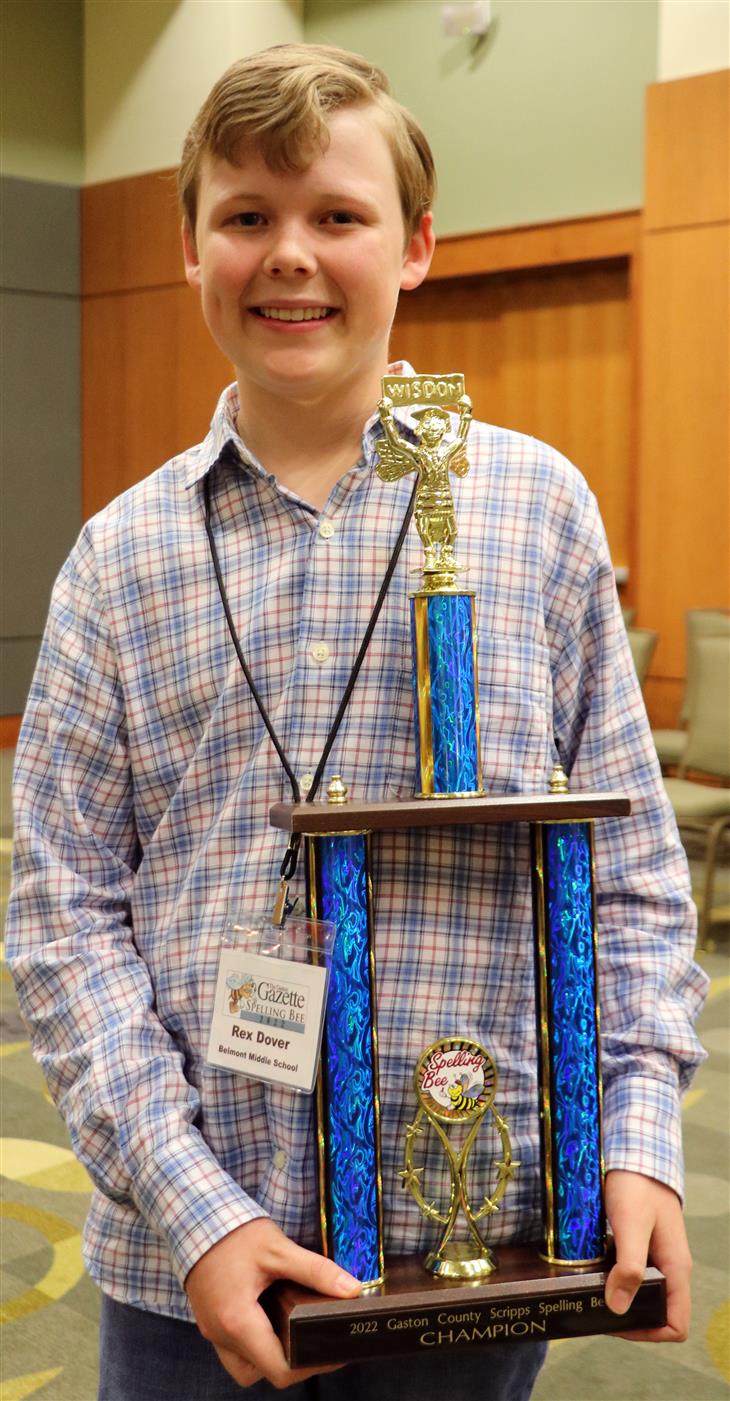 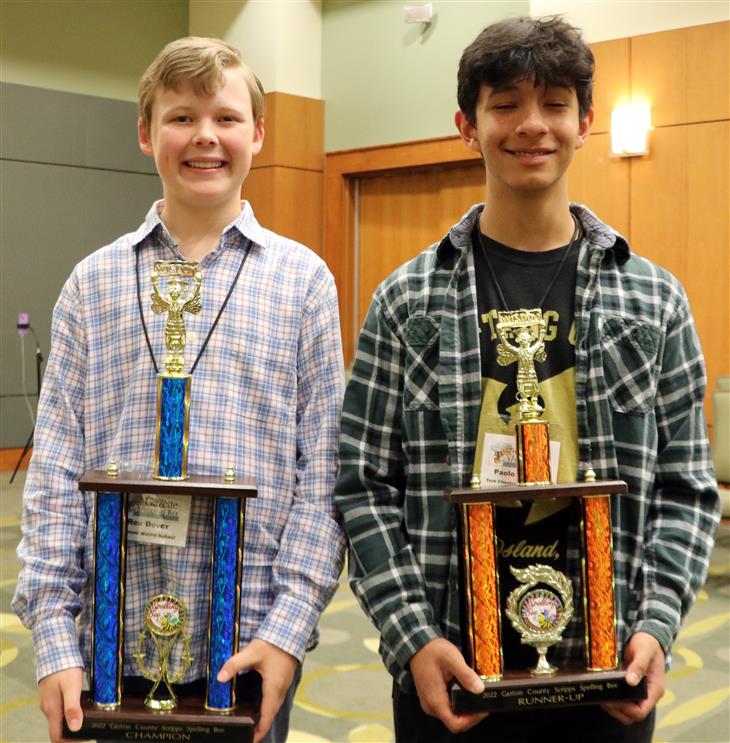 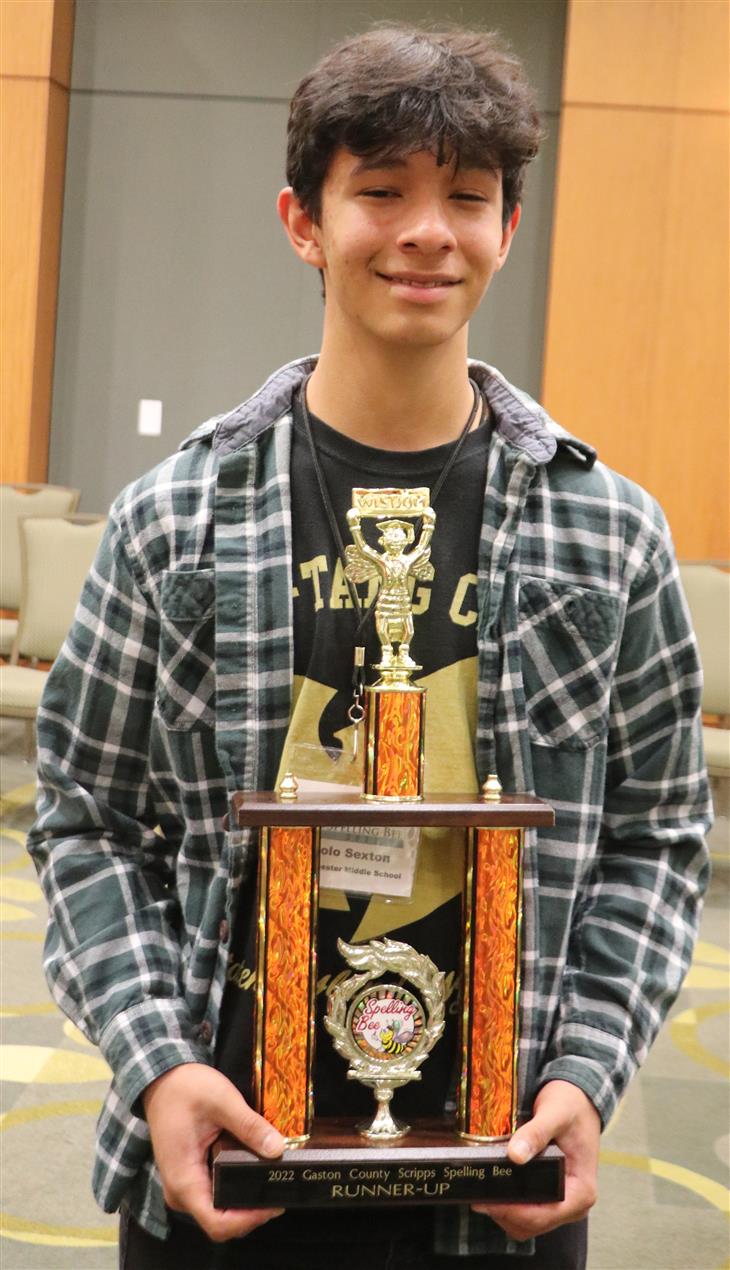 Dover, 13, correctly spelled the word “ramification,” which means “a consequence of an action or event, especially when complex or unwelcome,” to earn the opportunity to compete in the Scripps National Spelling Bee in Washington, D.C.  He emerged as the winner from a field of 43 students representing public, charter, and private schools to win the countywide competition on March 29 at the Gastonia Conference Center.

“I am thrilled. I am super excited to win this year’s spelling bee,” said Dover with a smile on his face.

Dover is no stranger to winning a spelling bee.  He and his older brother, James, won the Gaston County Schools Spelling Bee, which was a special event held in January 2019 as part of the school district’s “Big 50 Anniversary.”  Rex won the elementary division, and James won the middle school division.

Additionally, James won The Gaston Gazette Spelling Bee in 2019 and 2021. The countywide spelling bee was canceled in 2020 due to the pandemic.

“I have been studying words for a few years now,” explained Rex. “When James would study, I would study with him, and we would help one another practice.”

Dover added, “One thing I really noticed is after studying all these words you see them in the books you read.”

Here is a list of the students who represented Gaston County Schools in the 2022 countywide spelling bee that is sponsored by The Gazette:

The runner-up in the competition was Paolo Sexton of York Chester Middle School.

Pastor Ray Hardee of The Pointe Church served as the pronouncer, reciting the words and providing information to the spellers.  He worked in coordination with three judges to conduct the spelling bee:  Steve D’Avria from the Gaston Business Association, John Forgan from First Horizon Bank, and retired school counselor Pam Neeley.