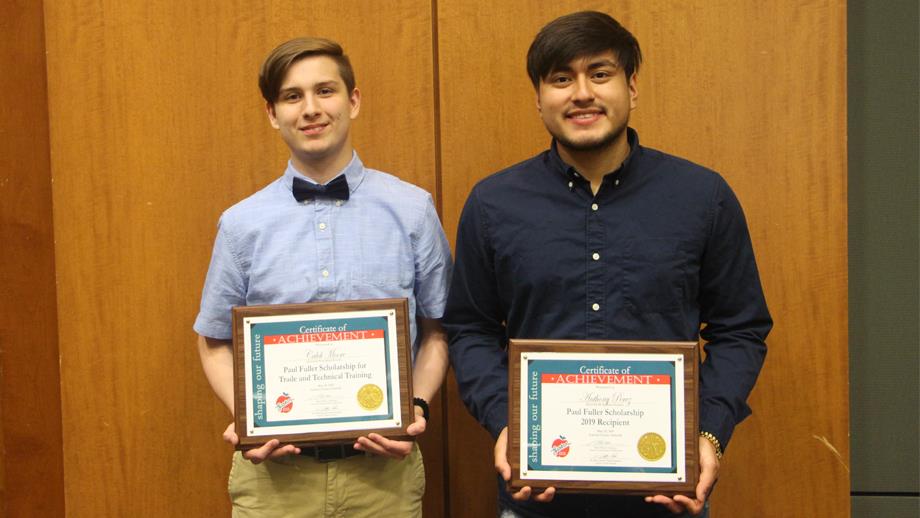 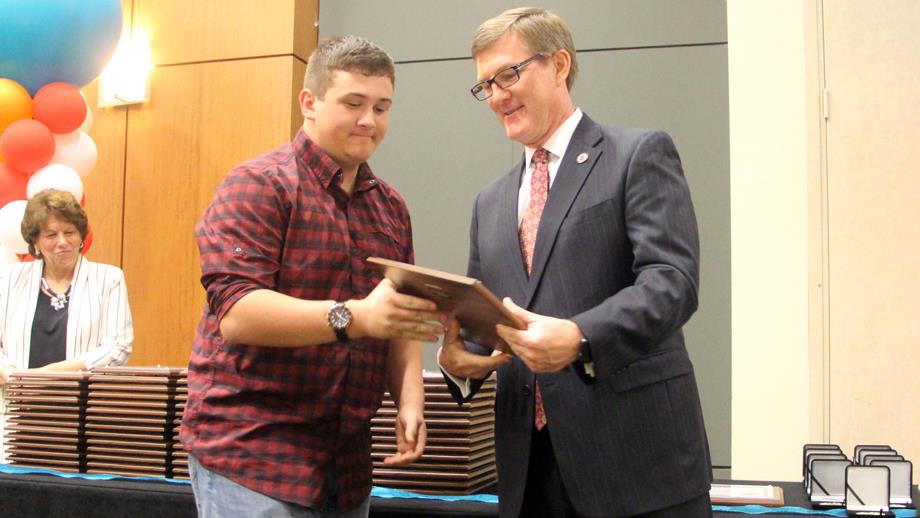 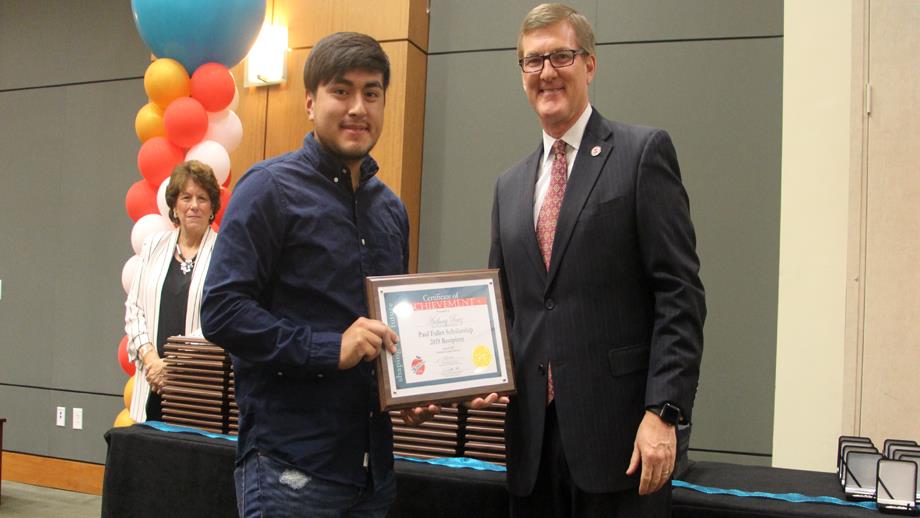 Students in the Class of 2019 receive Paul Fuller mentoring scholarship

Meeting his first mentor in the fourth grade, Hunt said his mentor helped him with English and math and even taught him a few tricks for multiplying fractions and working with verbs – tricks that he found himself still using as he completed his senior year of high school.

Hunt graduated from Forestview High School in June and is looking toward the future with a mentoring scholarship in hand.

Hunt, one of the outstanding students in the Gaston County Schools mentoring program, was chosen to receive the Paul F. Fuller Scholarship, which is given annually to students who have been involved in the school district’s mentoring program.  The scholarship, which is renewable for up to four years, traditionally is worth $1,000, but it seemed only fitting during Gaston County Schools’ 50th anniversary celebration to up the scholarship by $250 so the grand total would be $5,000 for each student who received it.

“Having a mentor during my early years helped me out tremendously,” Hunt said. “It dramatically changed my life for the better with the mental and social benefits that I have gained from the experience.”

Hunt plans to use the scholarship to attend a four-year university, where he will study law enforcement.

The second recipient of the Paul F. Fuller Scholarship is Anthony Perez.

Being a part of the mentoring program in elementary and middle school, Perez said his mentor was there to listen to him, support him, and give him advice.  Perez, who graduated from Hunter Huss High School, said he finds himself trying to help, support, and motivate others because of the example his mentor established for him.

Like Hunt, Perez also received the $1,000 renewable scholarship with the additional $250 each year.  This brings the total of his scholarship to $5,000 as well.

“Having a mentor made me a better person as a whole,” said Perez, who plans to attend a four-year university and wants to pursue a career as a meteorologist.  “It made me into a strong and determined individual, who is always aiming for success.”

■ Trades and technical training scholarship
This year, one standout senior was awarded the Paul F. Fuller Scholarship for Trades and Technical Training.  This scholarship was created through a partnership with the Noon Optimist Club of Gastonia, and it is a one-time scholarship worth $500.

Caleb Moore, who graduated from Hunter Huss High School, knows how important teamwork is to be successful.  It is a trait he has learned from being in the classroom and on the baseball field.

Moore credits his mentor for encouraging him to pursue extra studies in his Career and Technical Education classes.  Because of her, he was able to complete three career certifications in advanced manufacturing.

He plans to attend Gaston College to study information technology with a special interest in cyber defense.  He hopes to use his degree working for a manufacturing company.

The mentoring scholarship is named in memory of Paul F. Fuller, who was one of the first mentors in Gaston County Schools and was an avid supporter of the program.  The program began in 1992 with just 10 mentors at Mount Holly Junior High School. Today, it involves more than 250 adults who serve as mentors for almost 300 students at 34 schools.

This year’s scholarships were presented during the “Big 50 Reception” on May 29 at the Gastonia Conference Center.  During the reception, school mentors as well as business and community partners were recognized for their contributions to Gaston County Schools.  The event also served as the culmination of the school district’s year-long “Big 50 Anniversary.”

■ Become a Mentor
Gaston County Schools is seeking caring adults to serve as mentors for the 2019-2020 school year.  If you would like to learn more about the mentoring program, call Valerie Yatko, director of business and community partnerships, (704) 866-6329.
Copyright © 2002-2020 Blackboard, Inc. All rights reserved.