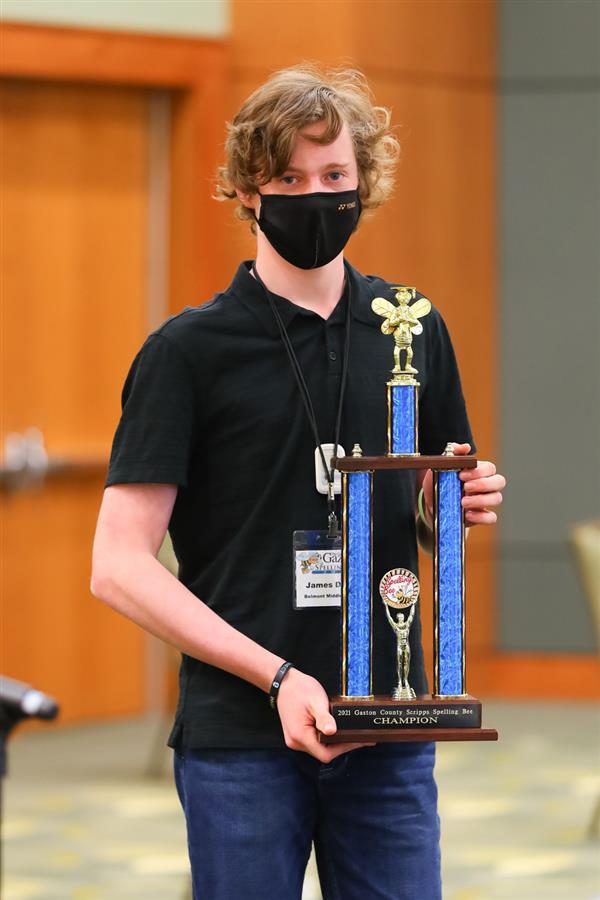 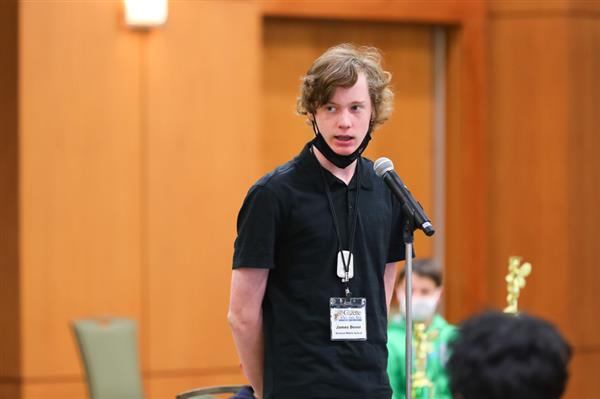 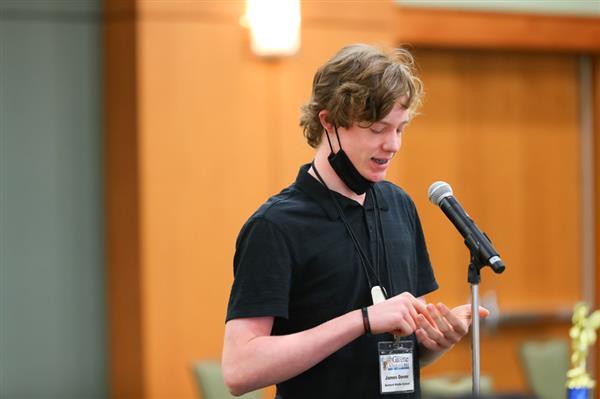 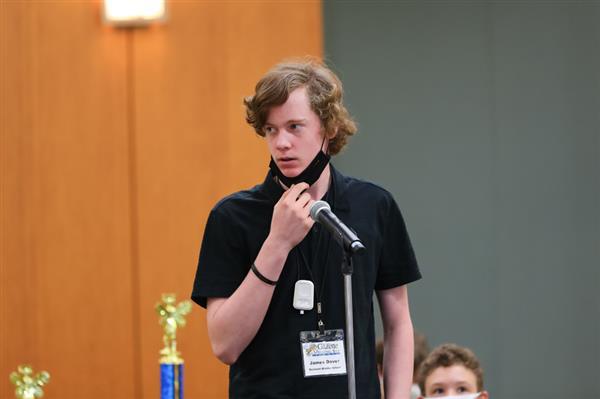 Dover, who just finished his eighth grade year at Belmont Middle School, won The Gaston Gazette’s spelling bee in March.  On Saturday, he will participate in preliminary rounds of the Scripps National Spelling Bee using a virtual format.  Students who advance past the preliminaries will move on to the quarterfinals and then the semifinals.

Traditionally, student spellers from across the country would gather in Washington, D.C. for the national contest, but that is not the case this year because of on-going concerns related to the COVID-19 pandemic.  Only the top students from the virtual competition will appear in person at the national finals this July in Orlando, Florida.

Dover continues to study for the national spelling bee, and he is determined to do his best.  He knows that making it to Orlando will be a difficult feat as the national competition features hundreds of students, but he would love to be among the finalists.

“I am realistic about my chances of being in this group,” said Dover, who has been doing a lot of studying using online spelling modules from various companies.  “Most of the national elite spellers devote around six hours per day to the study of spelling and have personal coaches. I do have a passion for spelling, but I like so many other things like tennis and being a normal teenager.”

In Gaston County, Dover has established himself as a spelling bee force.  As a fifth grade student at Belmont Central Elementary, he was the county runner-up.  He was co-champion of The Gazette spelling bee as a sixth grader in 2019, but had to sit out a year when COVID-19 led to the cancellation of last year’s event.

During this year’s competition on March 31 at the Gastonia Conference Center, Dover spelled the word “posthumous” to emerge victorious.

“I am thrilled to be The Gaston Gazette Spelling Bee champion,” said Dover, who loves the drama of a live spelldown. “I am grateful to The Gaston Gazette and Gaston County Schools for their support of this event as many regions chose not to hold bees this year, and many of those who did were online.”

Since this is his last year of eligibility, Dover thought it would be OK to share some of his tips and tricks.

“Rather than memorizing lists of words, I recommend studying word roots and looking for patterns from the different languages of origin,” explained Dover, who says spelling is fun and continues to be a part of his daily routine. “Once you have a good handle on Greek and Latin roots and patterns, you can move to learning patterns from Spanish, German, and French. Once you become a more advanced speller, you can then explore words from other languages and dialects.”

Dover is likely to reserve most of his spelling bee advice for his younger brother, Rex, who will be in the seventh grade next year.  In 2019, when Gaston County Schools held a spelling bee separate from The Gazette event as part of the school district’s 50th anniversary celebration, James won the middle school division, and Rex was the elementary school winner.  So, there is a possibility that another Dover will take the reins as Gaston County’s spelling bee champion.

Here is a look at the students who represented their school in this year’s countywide spelling bee sponsored by The Gaston Gazette: