Rivals come together for ‘Pink Out’ football game 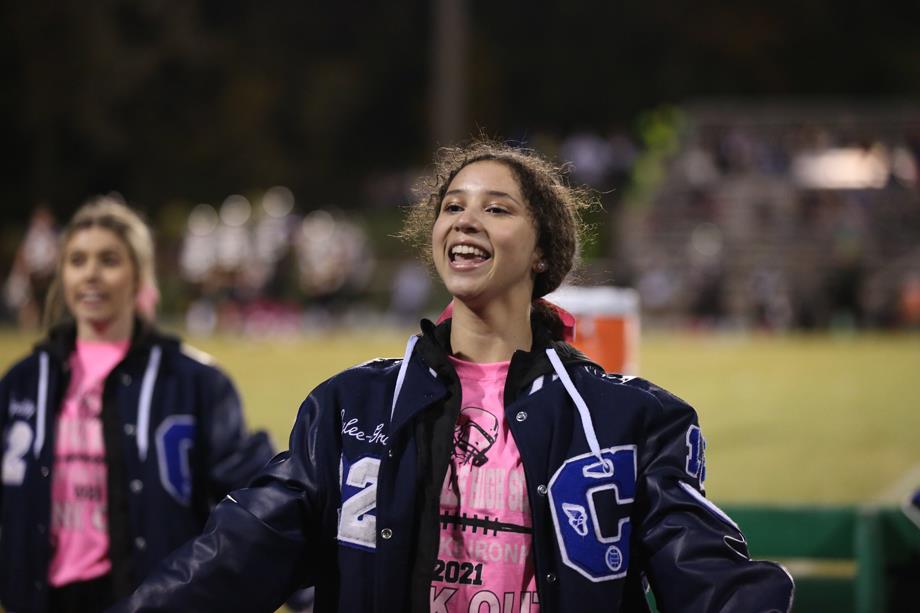 Football rivals come together in ‘Pink Out’ game to remember teacher

The recent football game between Cherryville High School and Bessemer City High School was more than just a conference contest between longtime rivals.  It was a special time to honor the memory of Cherryville teacher Teresa Henley.

Both communities came together for a good cause as players, coaches, staff, students, parents, and guests brought attention to the effects of breast cancer.  They donned pink in everything they wore from their uniforms to clothes, hats, and face paint.

“Teresa was loved by everyone,” said Bessemer City High School athletic director Larry Boone, who has worked and coached with Teresa’s husband, A.J.  “We were honored to be able to recognize her and remember her.”

Both schools raised money through the sale of pink T-shirts, and a few businesses donated directly to the fundraising.  During a presentation at halftime of the ‘Pink Out’ game, the Ironmen gave $1,300 to the Atrium Health Foundation and the Yellow Jackets gave $1,000 to Relay for Life.

“We could not have made this possible without our staff and students supporting the cause as well as several of our community businesses sending financial support,” said Cherryville High School teacher Matt Powers, who organized the event. “I would like to thank Coach Boone and the faculty and staff at Bessemer City High School for helping our community raise money and awareness of those who suffer from this terrible disease.”

Henley died on August 1 after a courageous fight against cancer.  She worked at Cherryville High School for 21 years, was beloved by her students and colleagues, and was well-known in the community as a teacher, role model, and friend to young people.  She graduated from Appalachian State University and was a member of First Baptist Church of Cherryville.  Her life centered around her own family, her school family, and her church family.

While the football game ended in a victory for the Ironmen, both schools were winners because of their philanthropic efforts.