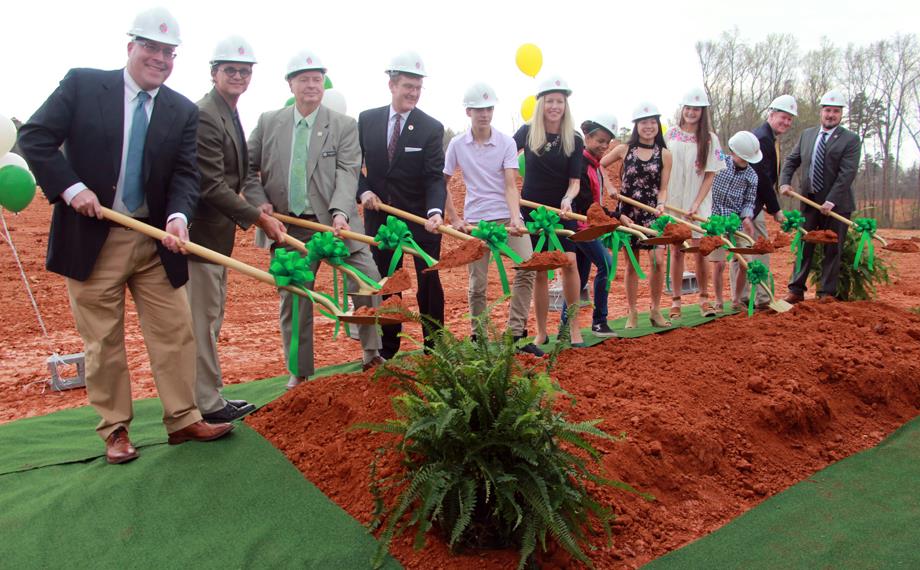 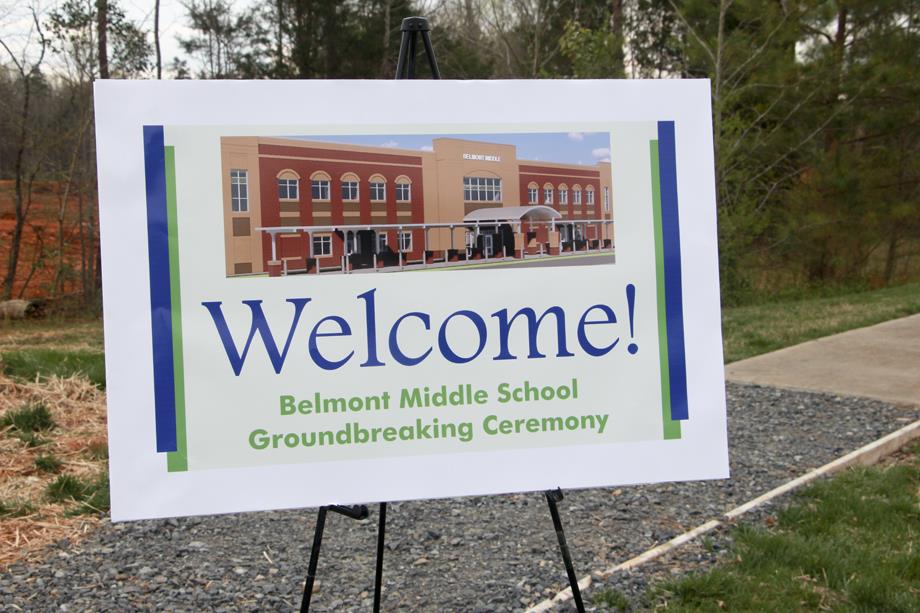 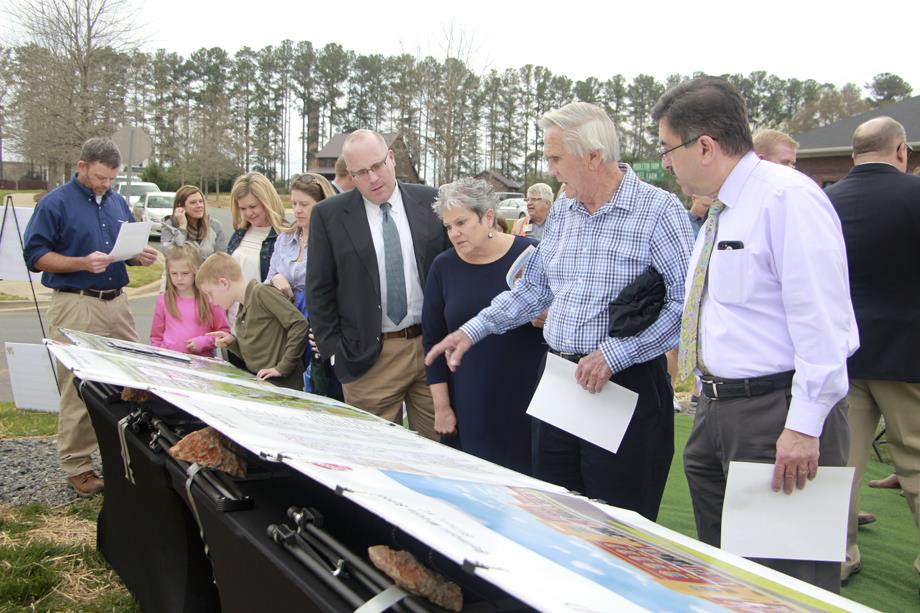 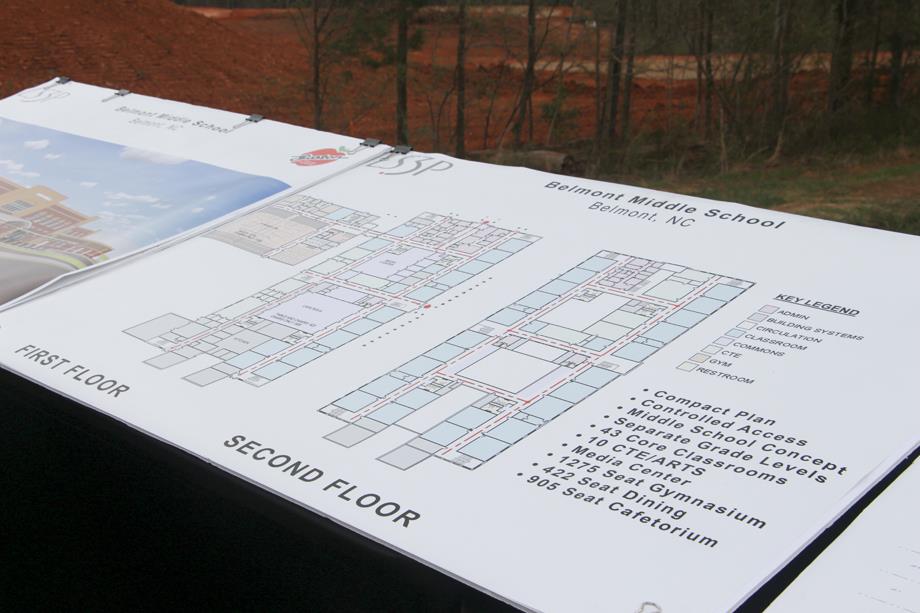 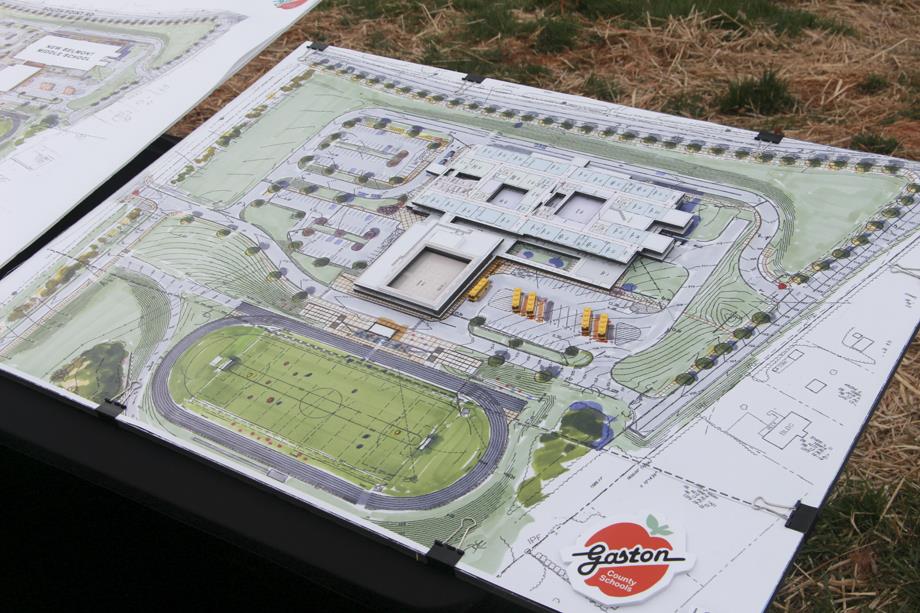 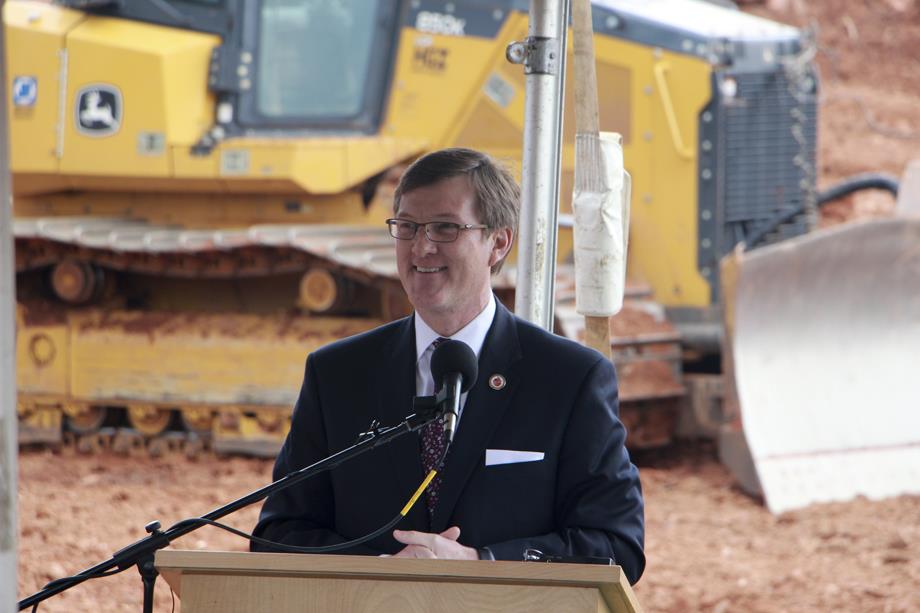 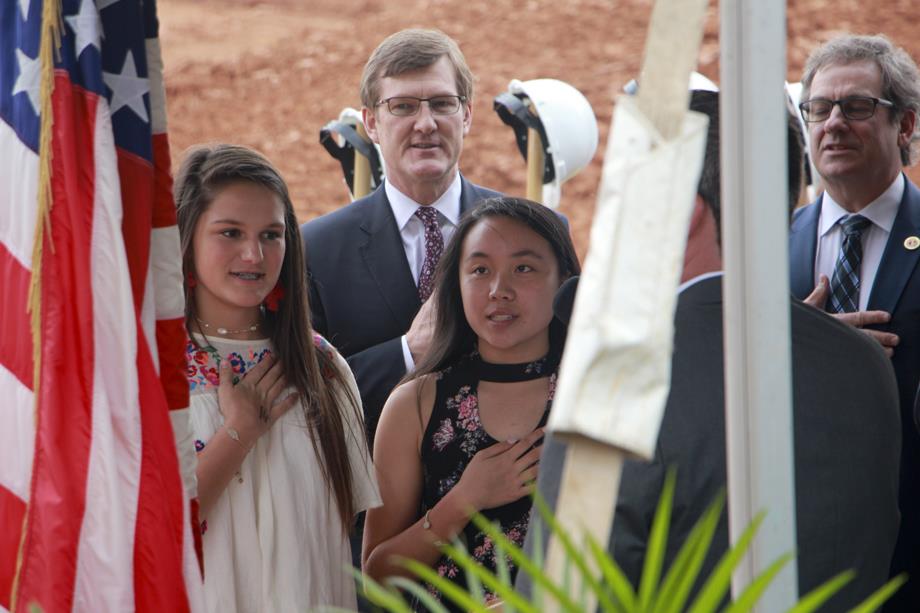 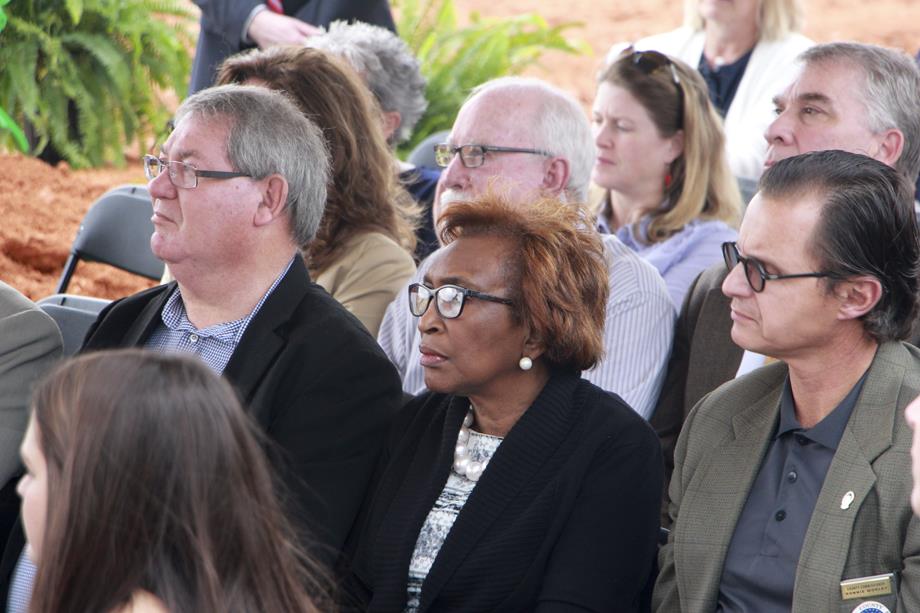 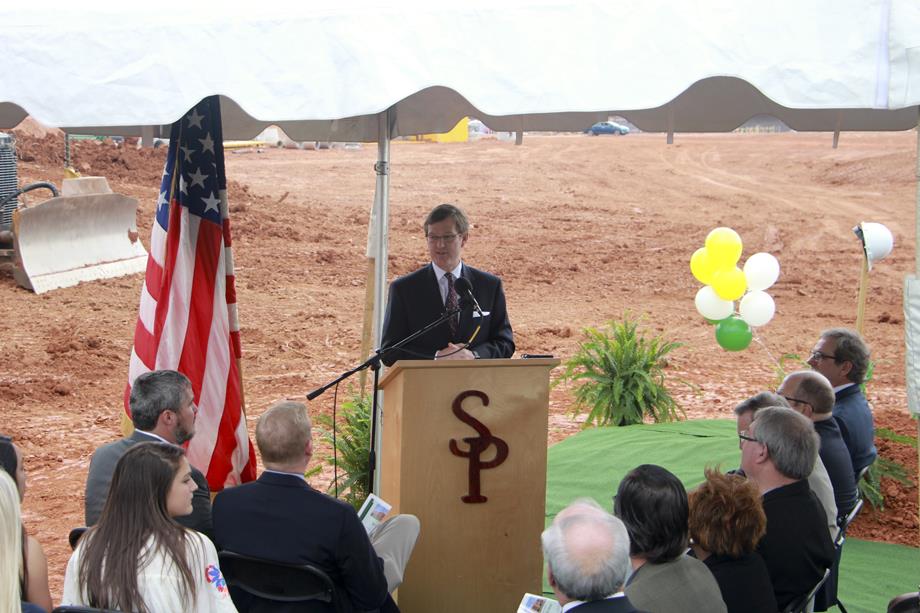 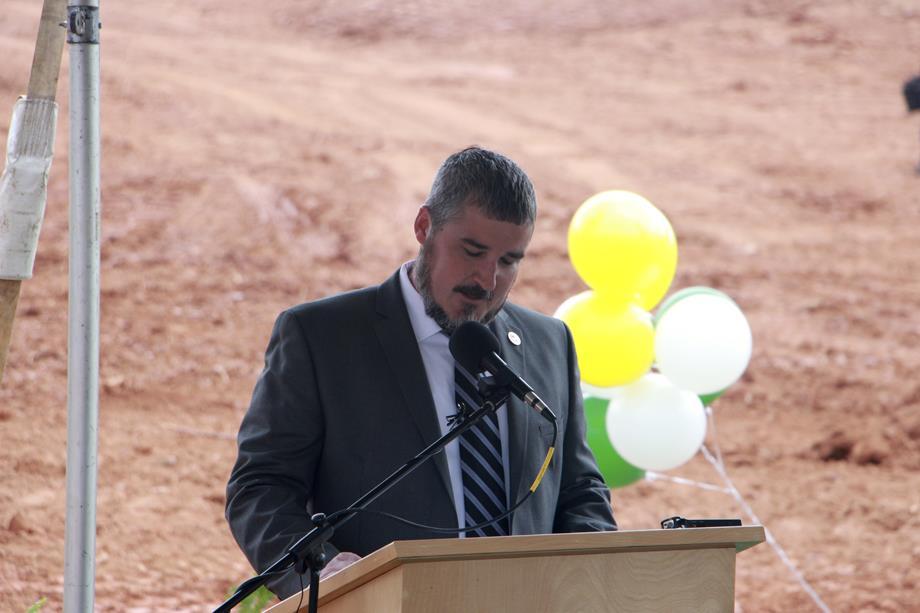 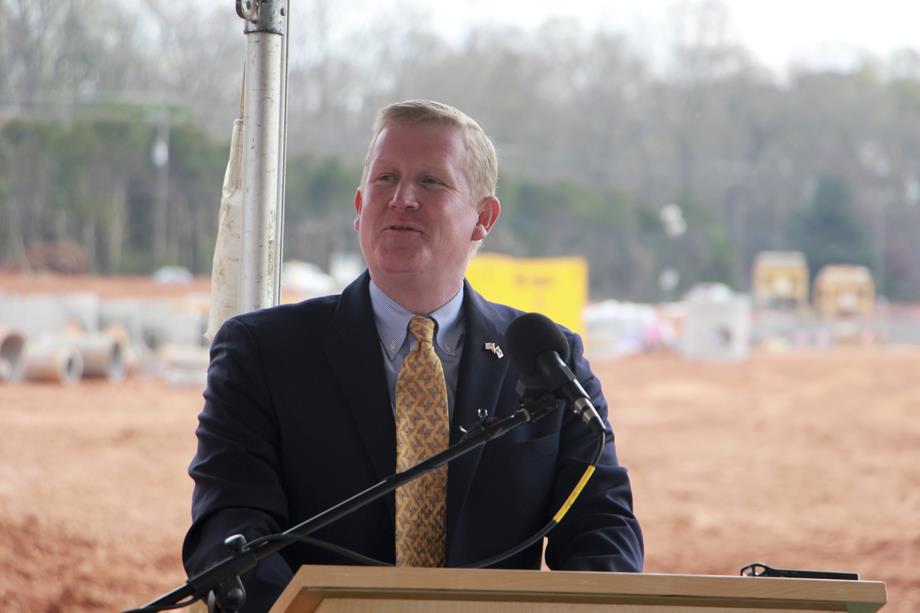 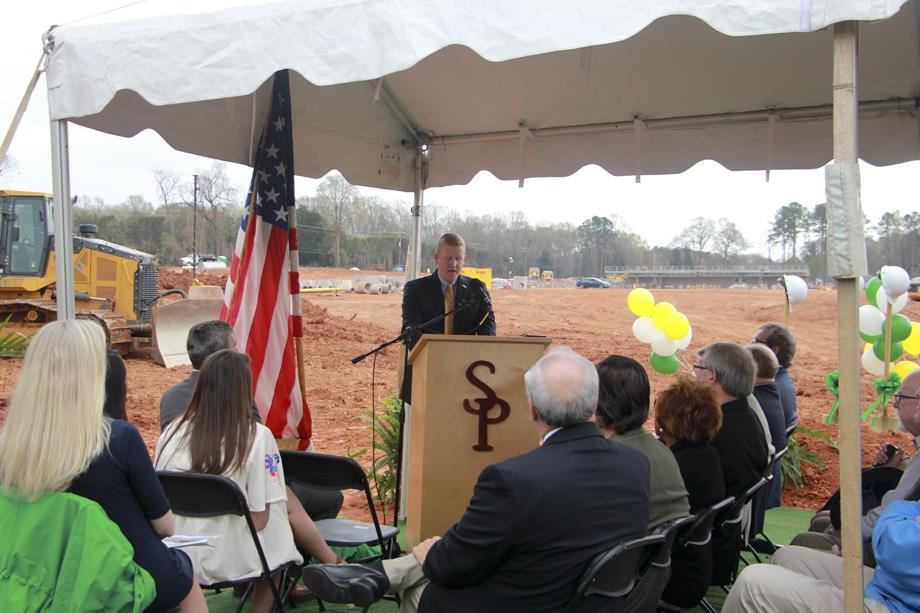 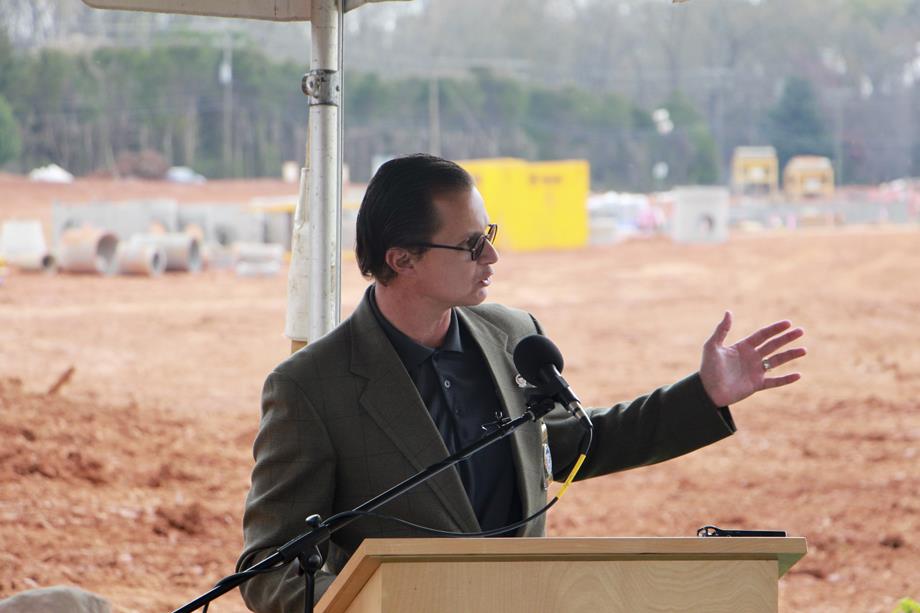 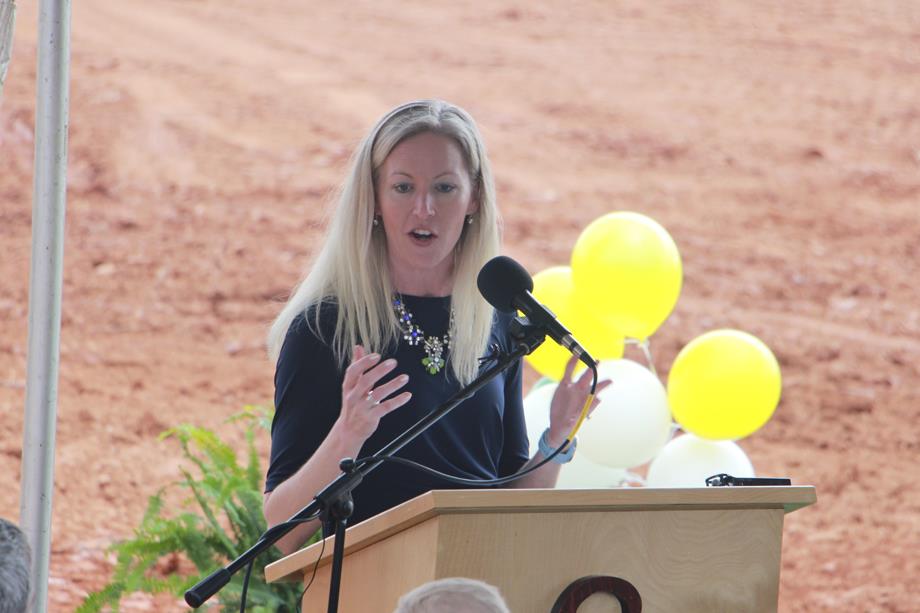 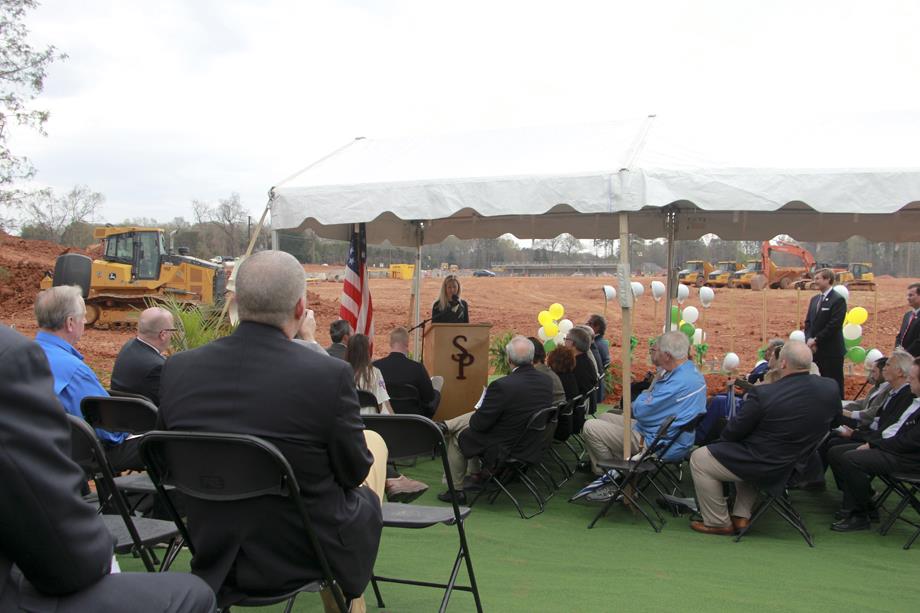 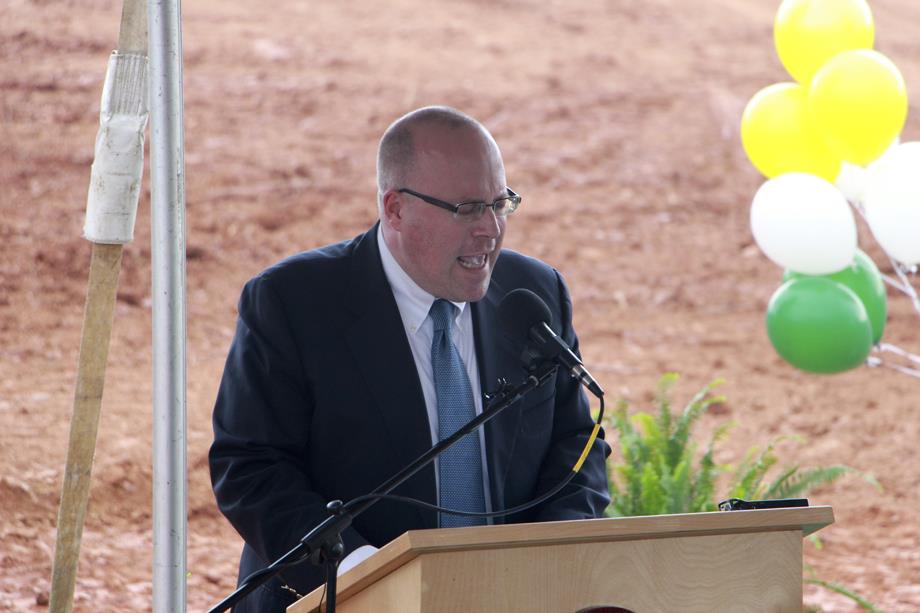 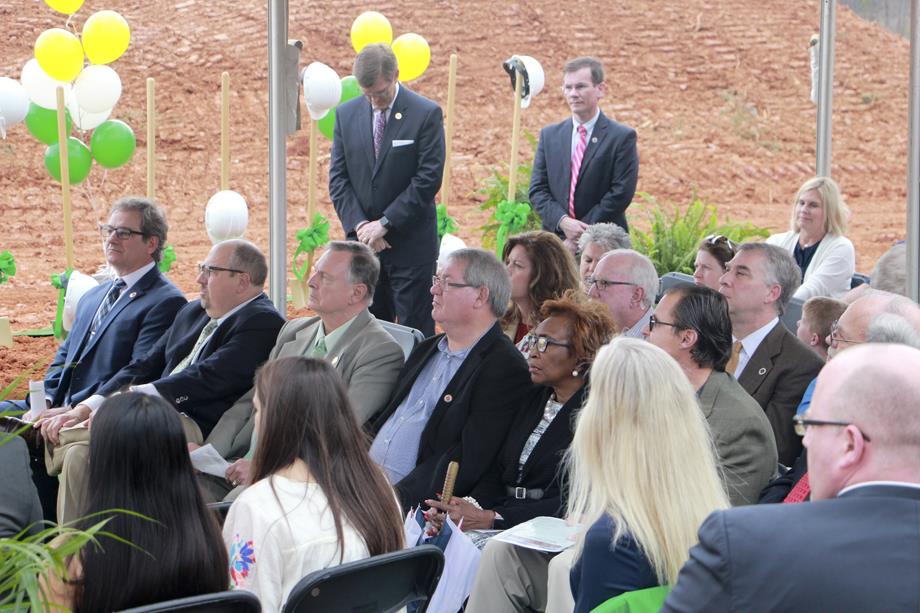 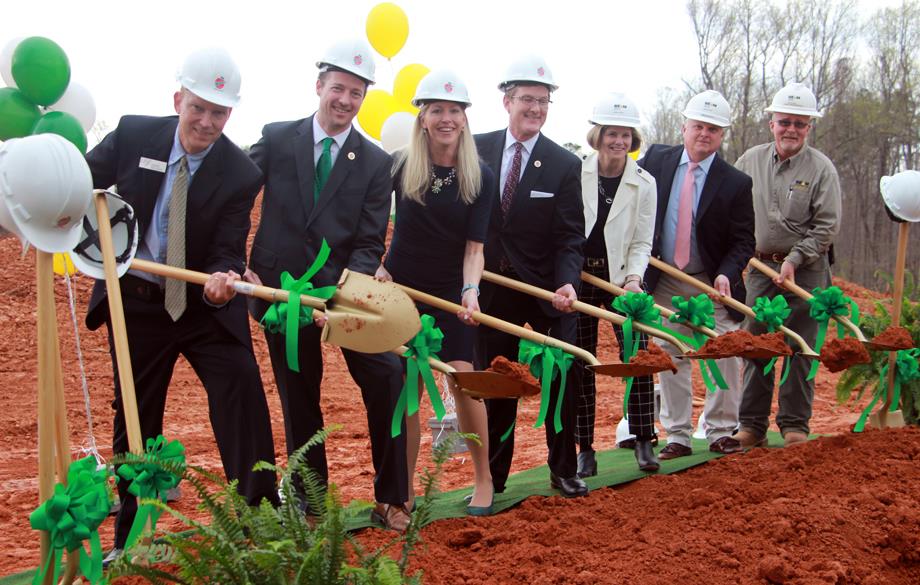 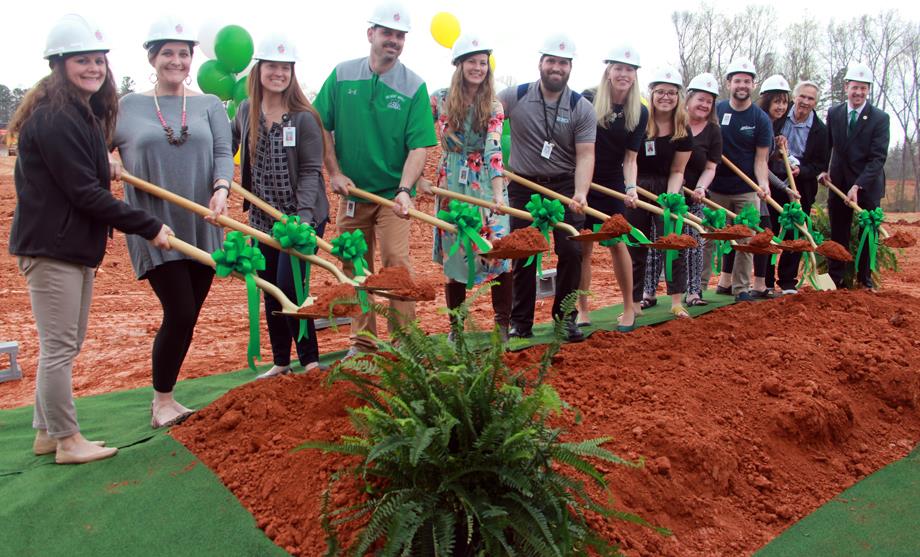 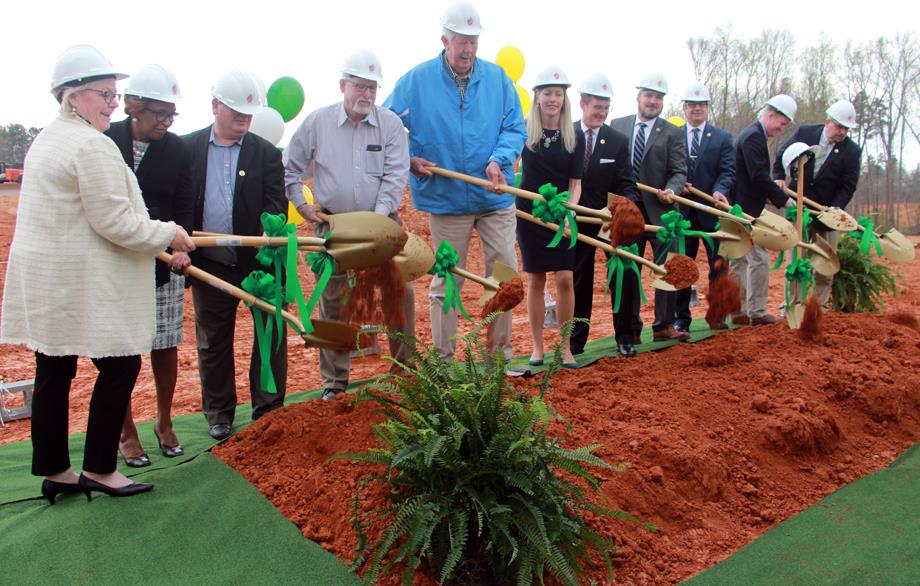 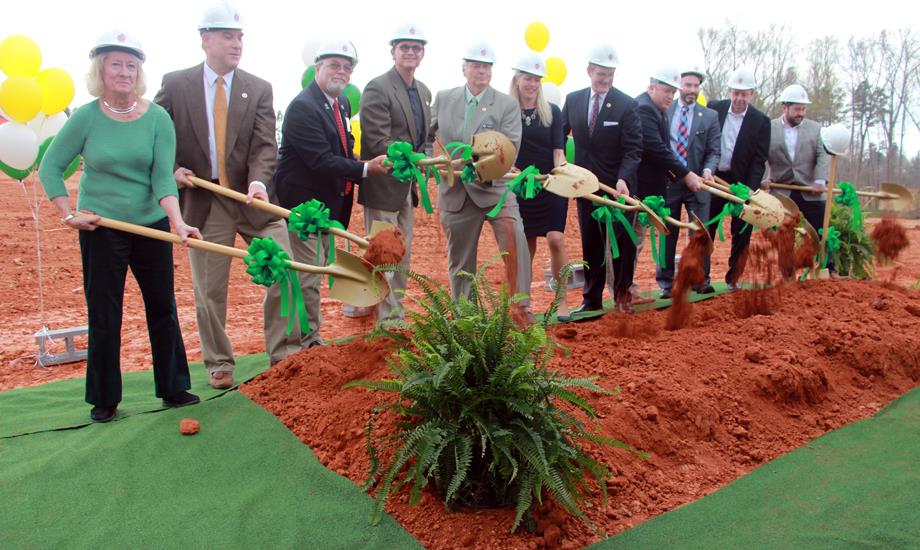 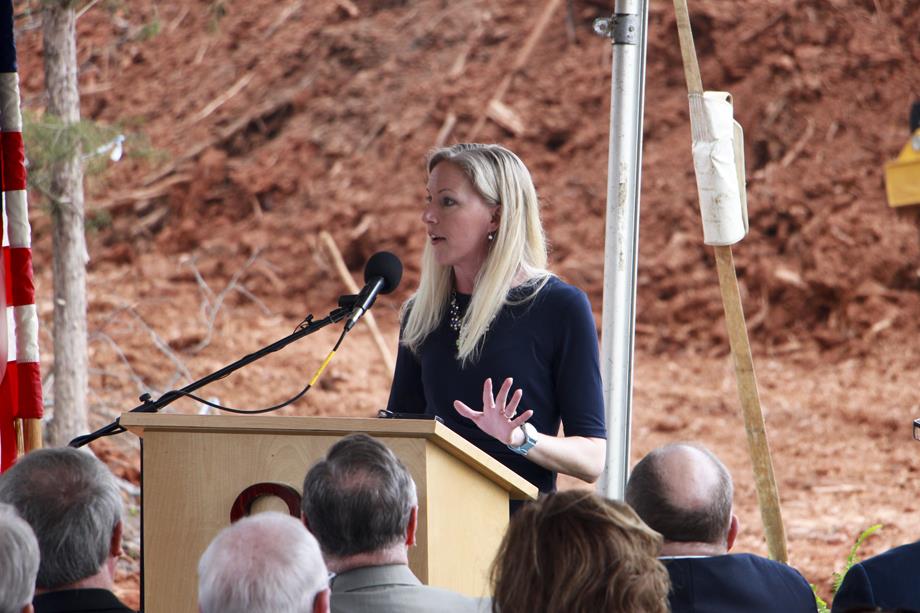 Speeches, praise, applause, and the traditional turning of dirt were the ingredients for a successful groundbreaking ceremony on Monday, March 25 to signify the start of construction on the new Belmont Middle School.

Despite rain clouds looming above, more than 100 people gathered at the construction site on South Point Road to celebrate the occasion.  The rain held off long enough for school representatives, elected officials, and others to formally break ground for the new campus that will be ready for the 2021-2022 academic year.

The cost to build the new Belmont school is an estimated $33.54 million, and construction will take about two years.  Work began at the site several months ago with the clearing of trees and grading of land. Recently, crews started work on the foundation.  The school will begin taking shape in the months ahead as walls go up and the roof is put into place.

The new two-story school will feature more than 155,000 square feet of space and be able to accommodate 1,000 students.  The core areas of the school such as the cafeteria and gymnasium will be built to accommodate 1,200 students to plan for future growth.

Other building features include:
▪ a modern library and media center, which will serve as the heart of the school and be located near the main entrance;

▪ a spacious cafeteria with stage area and large gymnasium to allow for a variety of uses;

▪ grades separated by wings, with the sixth grade on the main floor and seventh and eighth grades on the second floor as well as administration areas on each floor;

▪ separate bus and vehicle entrances with more than 200 parking spaces and a pick-up lane that is able to accommodate 100 cars;

▪ maximum use of natural light and energy efficiency throughout the school; and

Funding for the new school is included in the $250 million school bond referendum that was approved by voters in the May 2018 primary election.