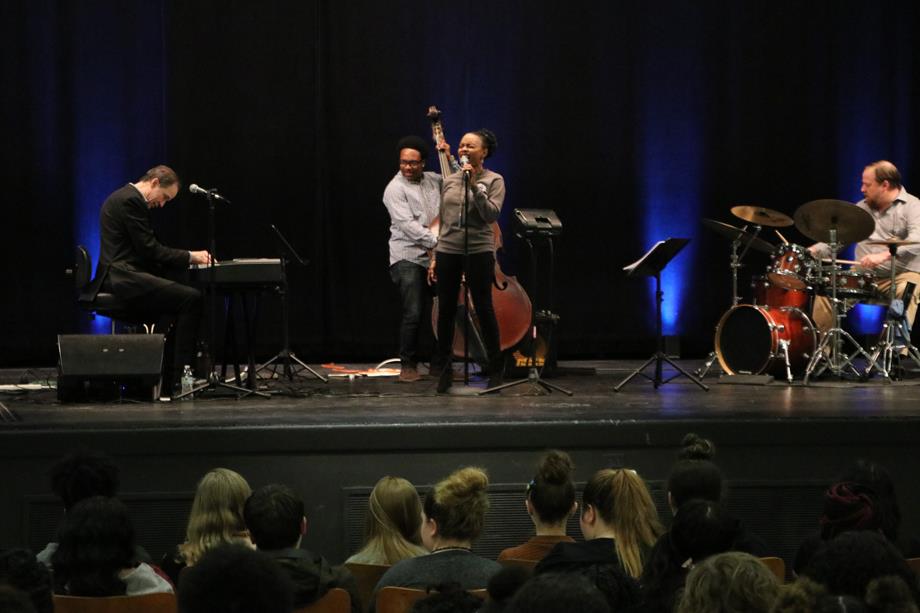 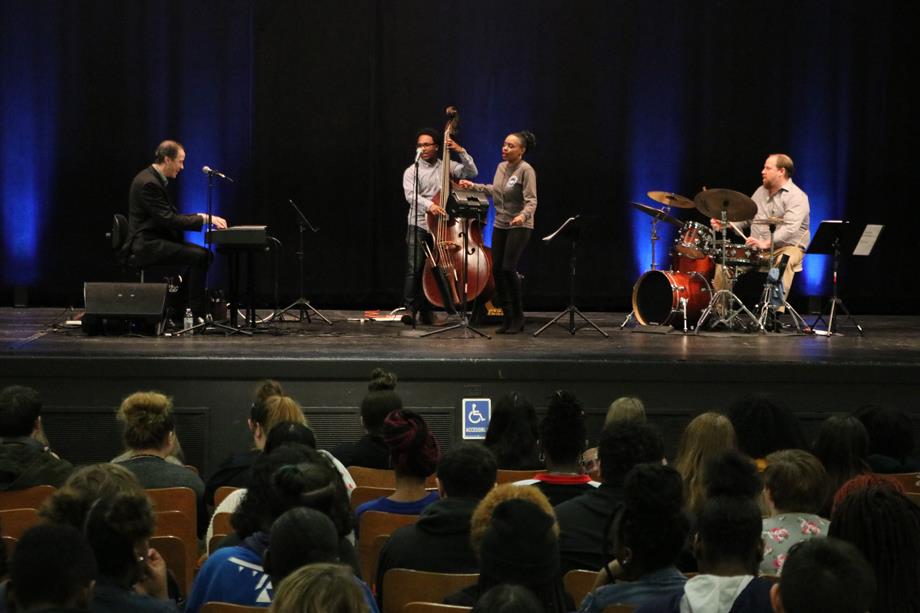 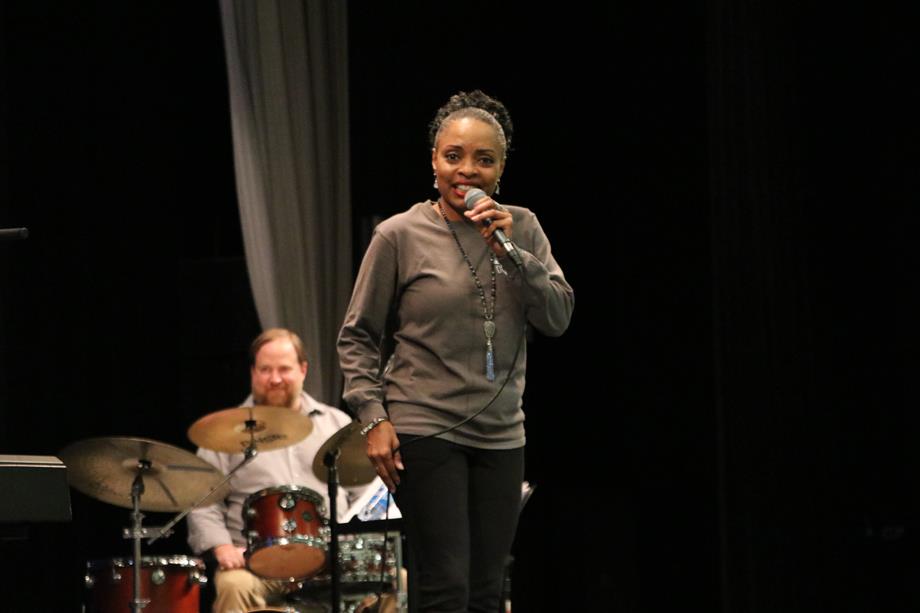 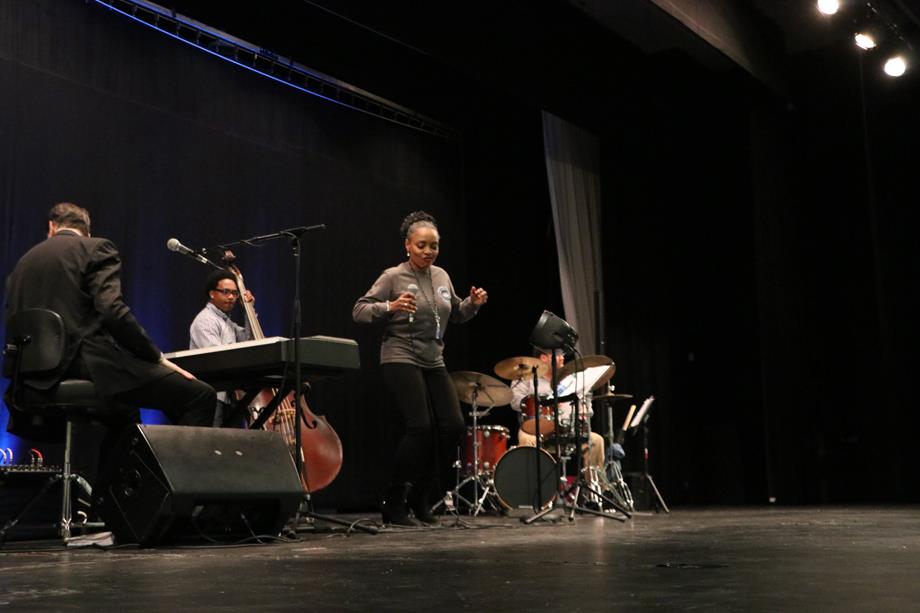 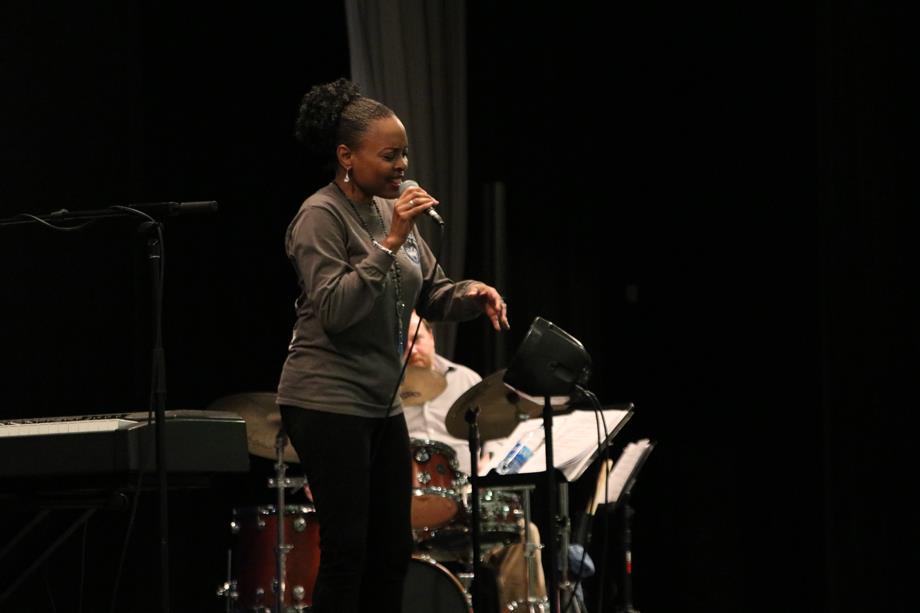 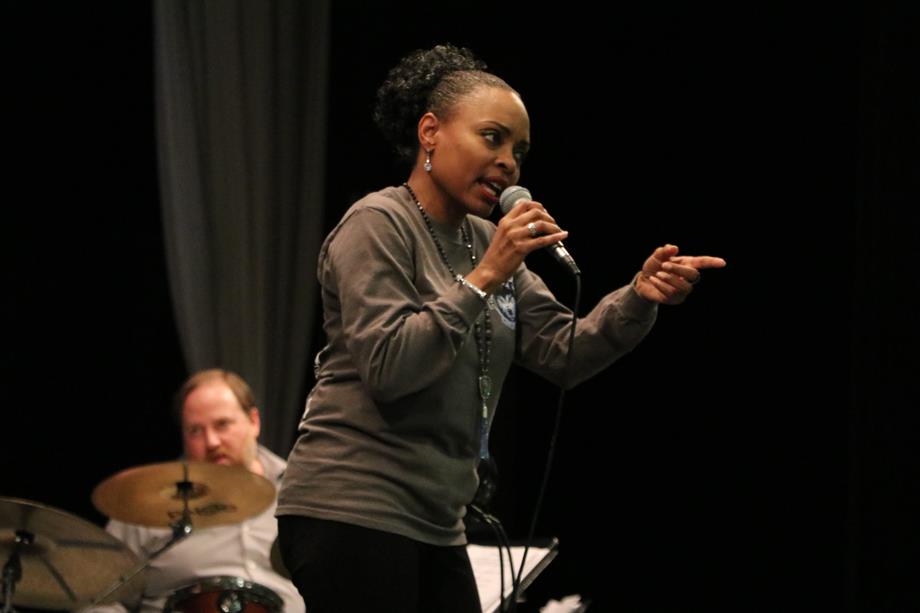 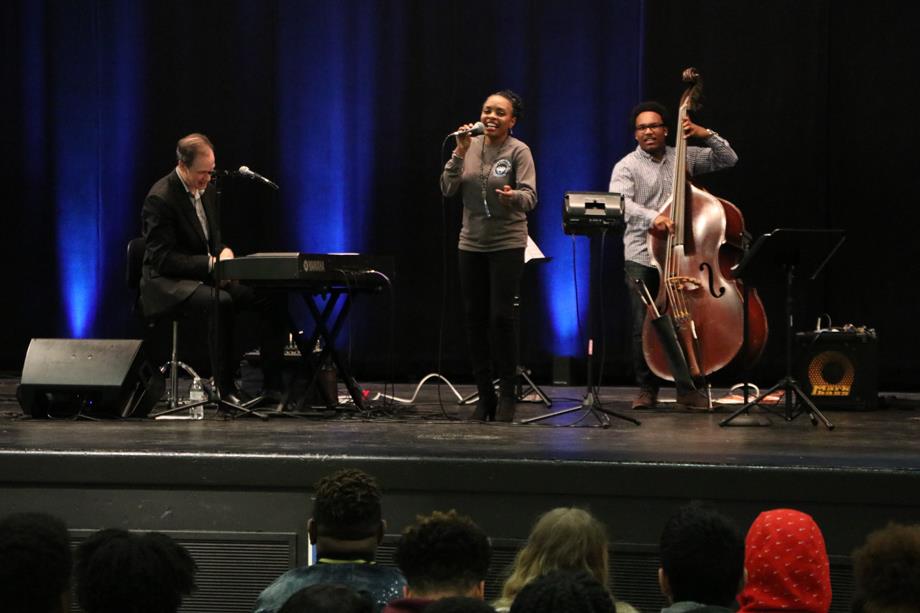 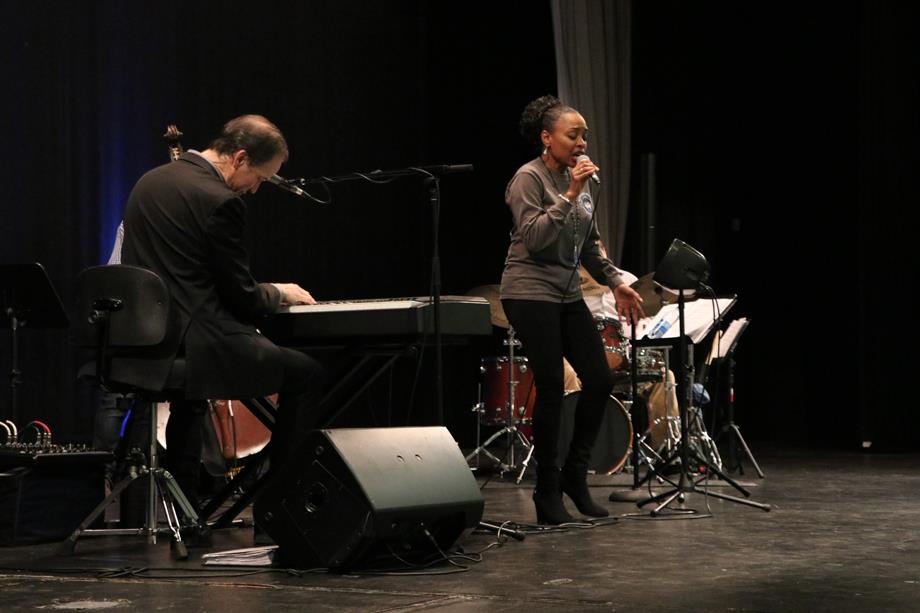 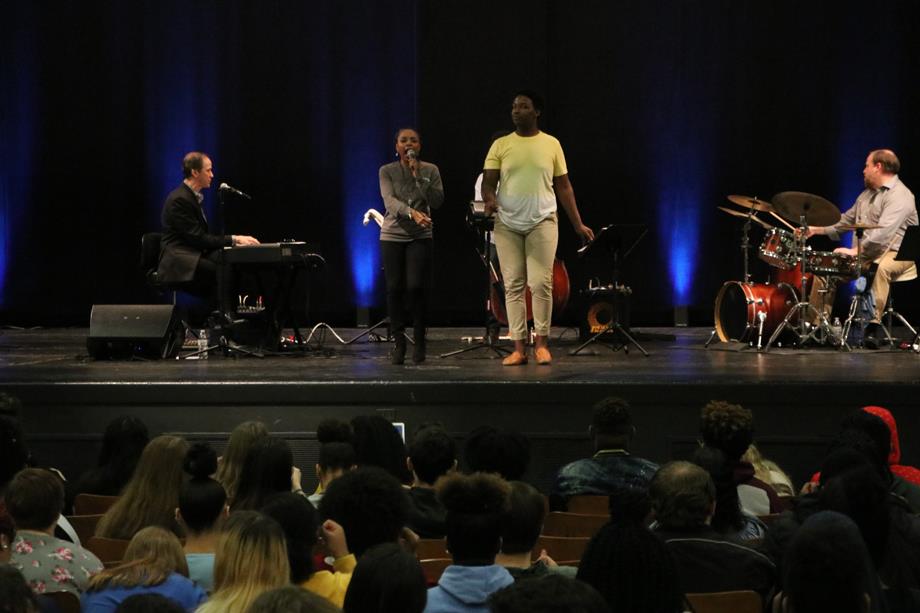 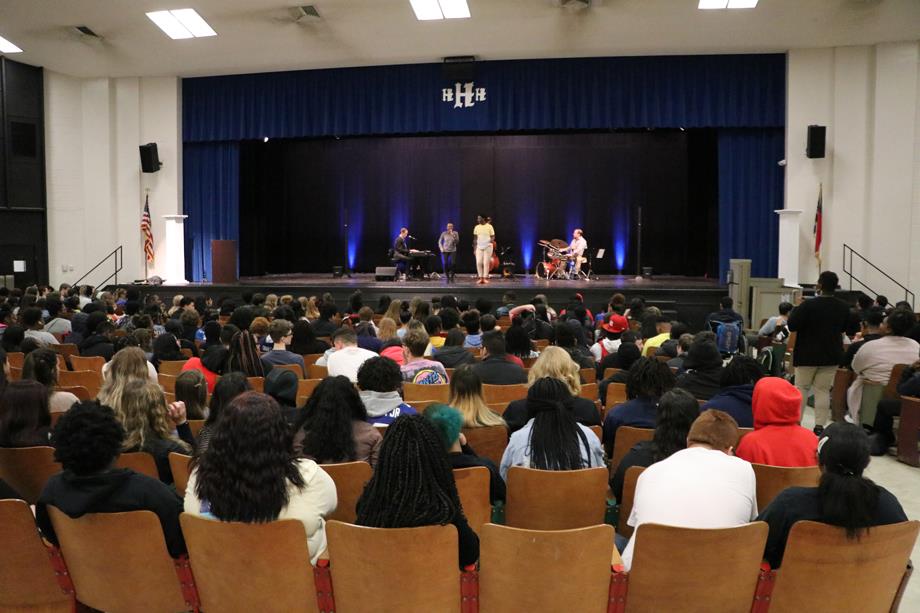 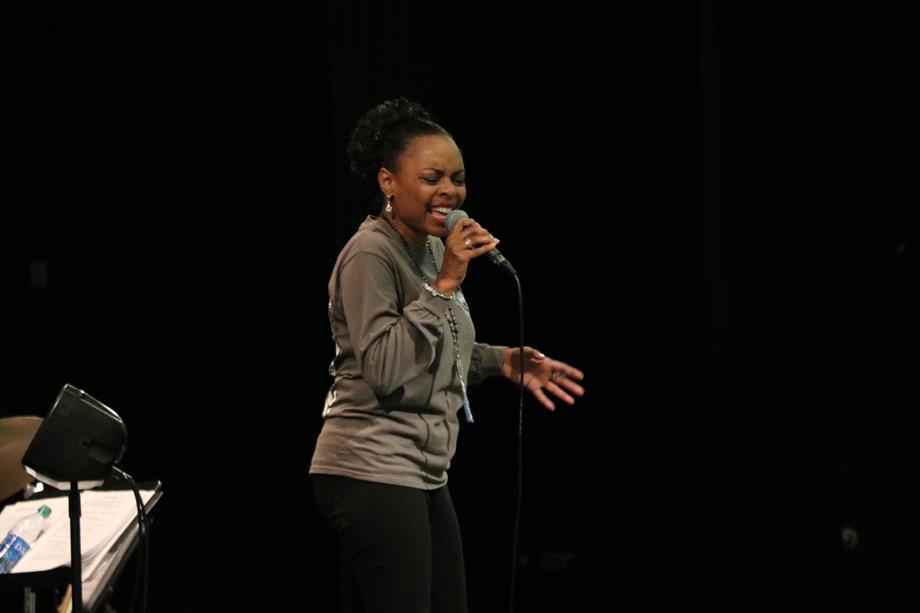 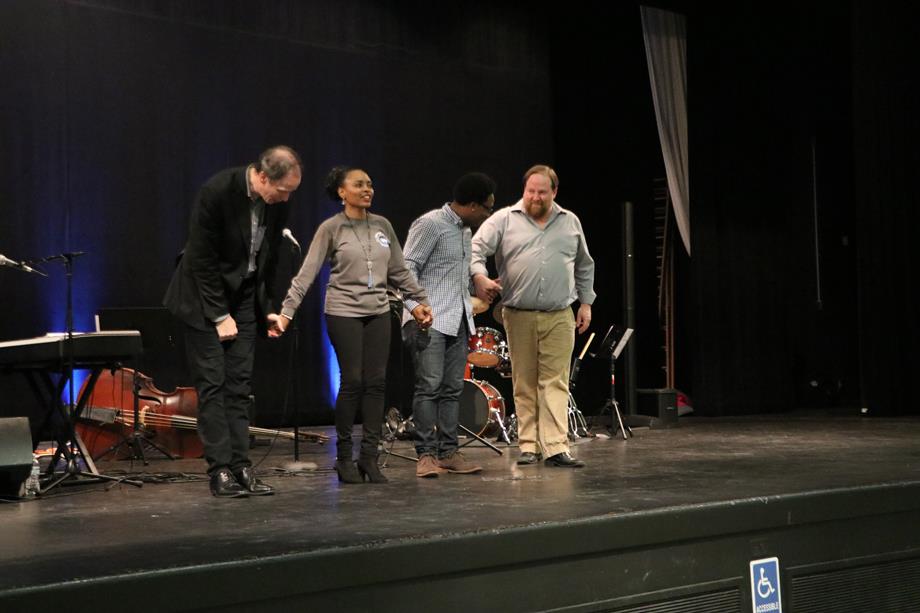 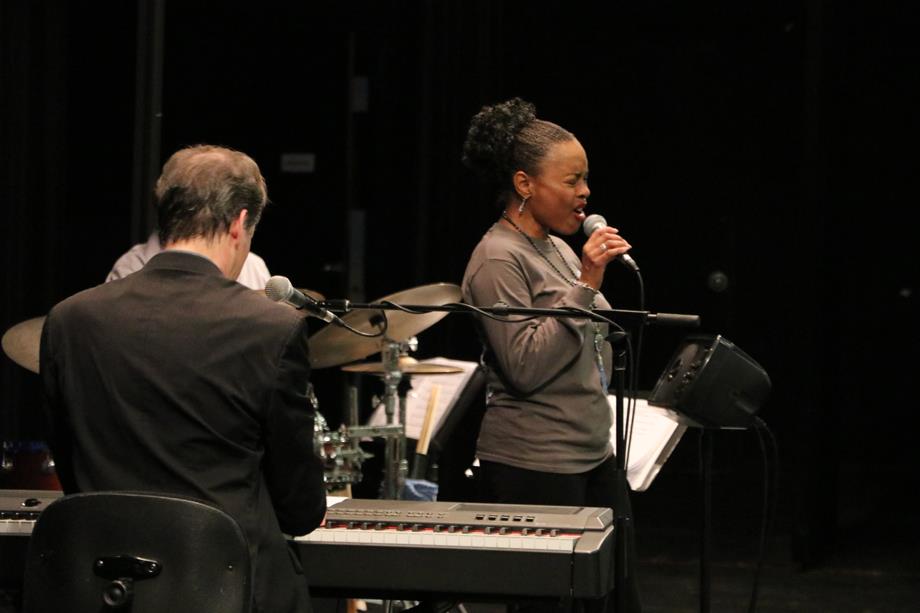 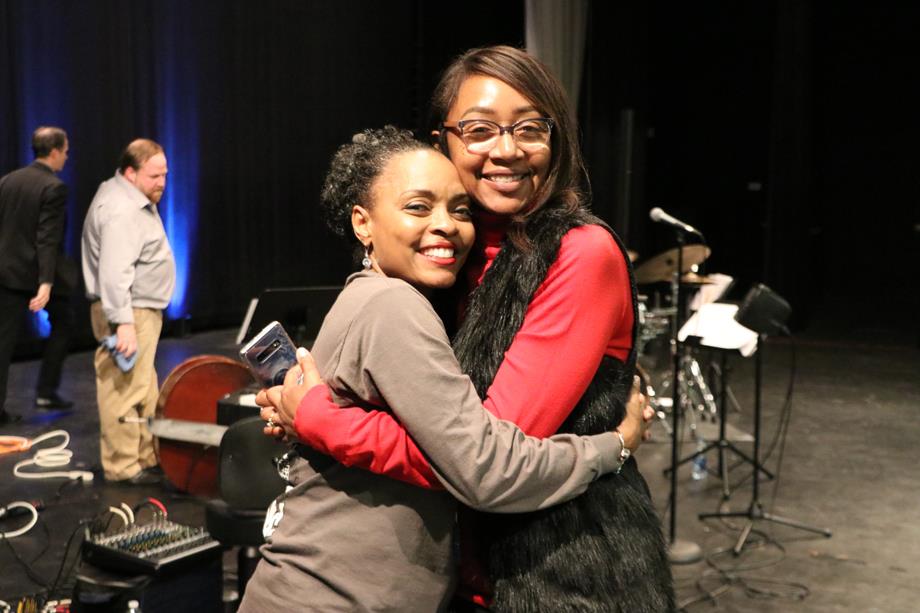 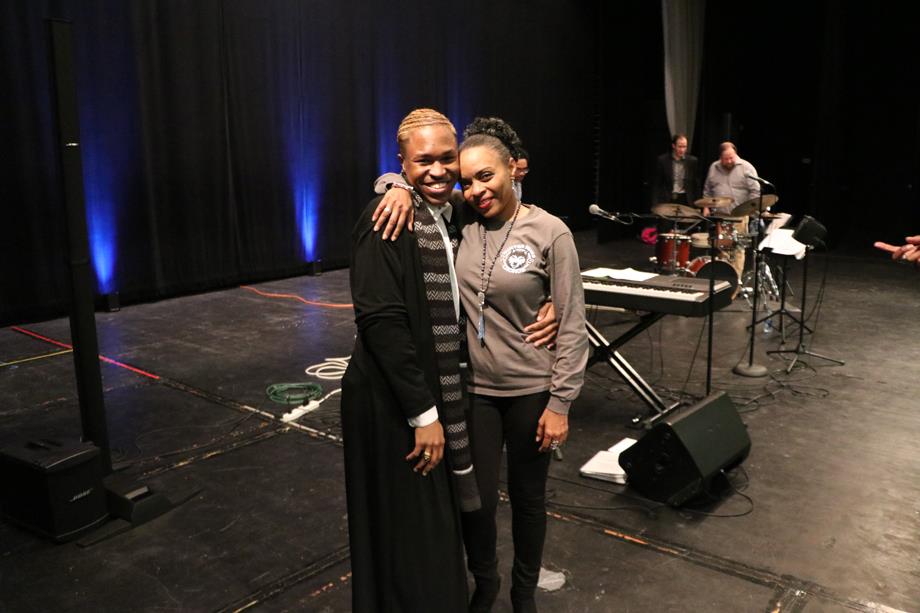 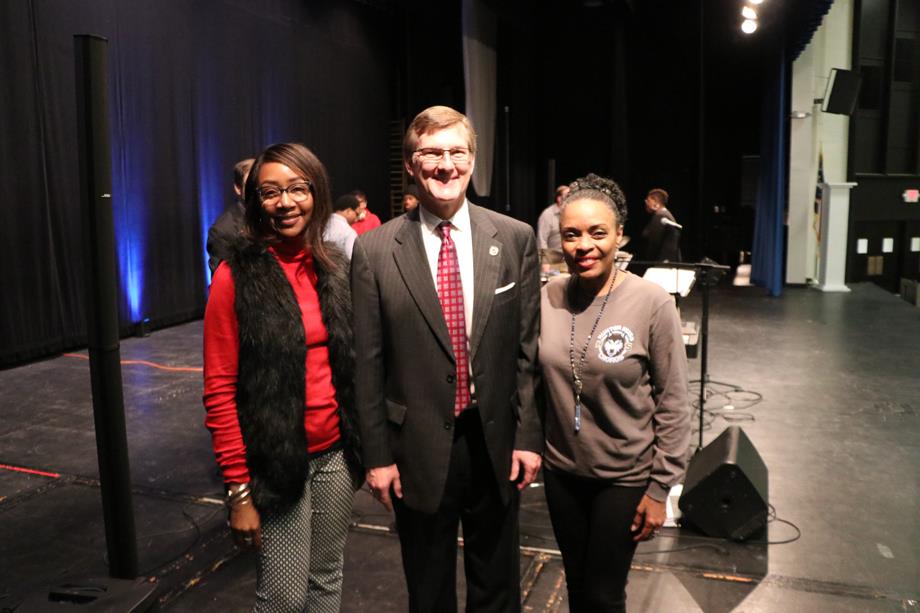 Maria Howell is an internationally-known singer, actress, speaker, artist -- and one of Gaston County Schools’ very own.

The 1979 graduate of Hunter Huss High School shared her talent, charisma, and warm personality with students during visits to Hunter Huss, Grier, and York Chester to celebrate Black History Month.

Howell’s appearance on the Hunter Huss auditorium stage was a homecoming of sorts.  When she began her performance with a personable rendition of “I Love Being Here With You,” it was like she was right at home -- back in Gastonia, back at Hunter Huss, and back among family and friends.

Spending time as a student in the Hunter Huss chorus was a first step on her professional journey that has led to a successful career in music and entertainment.  She made her film debut in 1985 in “The Color Purple” and has appeared in dozens of other films and television programs. Last December, she had a role in “A Christmas Love Story” on the Hallmark Channel.

Howell admits that she was too shy in high school to stand on a stage and sing alone.  “Nobody believes that now,” she told the students, encouraging them to applaud when they liked what she and her trio of musicians were doing.

Being timid in front of an audience is a distant memory for Howell, who owns the stage and commands attention.  Her love for music and dance is obvious. She is comfortable up there and has fun. Perhaps most noticeable is her effortless effort to sing, perform, and energize a crowd.

Howell says she hopes her time with the students gives them a glimpse of what life can be.  Success is out there for them to enjoy -- just like she has done, but it takes “hard work, dedication, and surrounding yourself with people who really support you.”

Howell’s performance was made possible by The Piedmont Chapter of the Links, Inc. and the Gaston Arts Council.
Copyright © 2002-2021 Blackboard, Inc. All rights reserved.