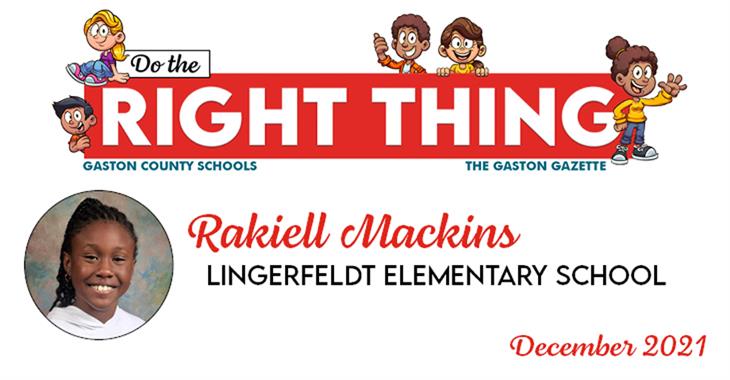 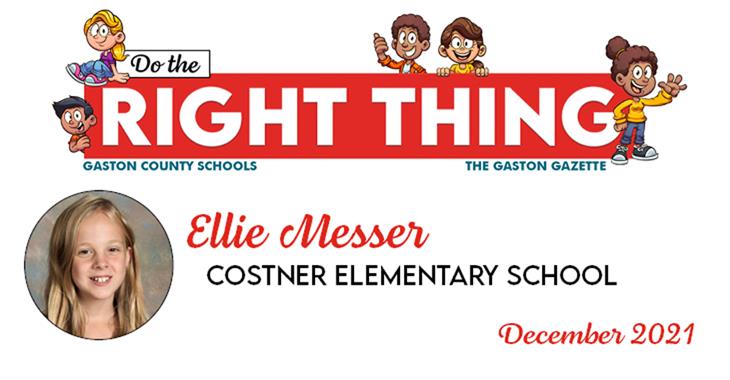 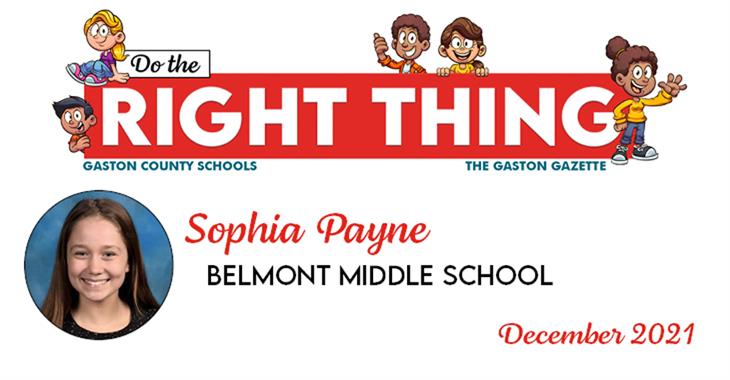 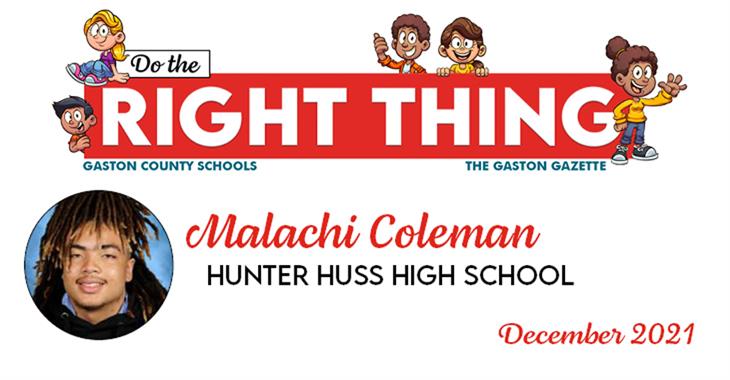 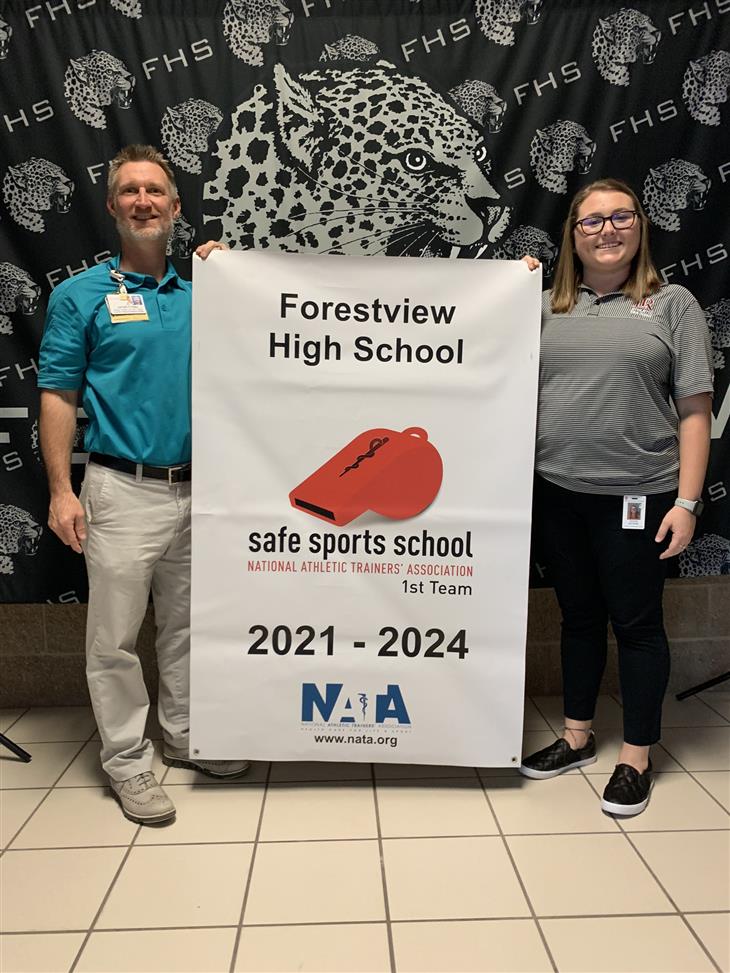 H.H. Beam Elementary sponsored the “Paws for a Cause” fundraiser to support the United Way of Gaston County.  For every dollar donated by a student, a paw was placed on the classroom door.  In four days, students, staff, and parents raised more than $1,500.

The fifth grade classes at W.A. Bess Elementary teamed up with The Cato School of Education at UNC-Charlotte and collected 361 books and 69 stuffed animals. The book will be given to children in an effort to support literacy awareness while the stuffed animals will serve as “reading buddies” for the children.

Keep Gastonia Beautiful donated two red maple trees to W. A. Bess Elementary. The second grade classes participated in a 30-minute educational program by the City of Gastonia’s arborist and were able to learn about the importance of planting trees.

Students at Brookside Elementary enjoyed a visit from “Hugo,” who brought the Charlotte Hornets’ book bus to the school and gave a presentation about reading.

Chapel Grove Elementary raised $450 for the United Way of Gaston County.  Students donated money for a chance to put a pie in the face of principal Mitch Allen.

Cherryville Elementary students collected 2,030 canned goods for the community. In addition, students raised $250 for the United Way of Gaston County. Students donated one dollar to guess how much candy was in a jar.

Cramerton Middle School was one of the many pickup sites for the 26th annual Gaston County Toy Run.  Beta Club students served hot chocolate and cookies to share holiday cheer with children and families.

Cramerton Middle School raised $1,000 for the United Way. The funds were designated for the American Cancer Society in memory of chorus teacher Patty Fayssoux.

Costner Elementary exceptional children teacher Monica Sherer was selected to represent Gaston County Schools as the 2021-2022 Educator of Excellence.  Sherer and other honorees from across the state were recognized during a ceremony at the 70th annual Conference on Exceptional Children.

Arias Nash of Stuart W. Cramer High School was named the Big South 3A Defensive Player of the Year for football.  Justin Rocquemore was named a first team honoree, and Josue Sanchez, Damien Bentley, and Markiss Nelson were named to the second team.

Several classes at Lingerfeldt Elementary participated in the “Writing Letters to Troops” project for Veterans Day.

Gaston County Virtual Academy first-grade students enjoyed a visit from “Hugo,” the mascot for the Charlotte Hornets, and radio host Derrick “Fly Ty” Jacobs.  The students took pictures with “Hugo” and boarded the Book Bus to select a book to take home.

Highland School of Technology senior Ashlynn Stephens was named the North Carolina Volleyball Coaches Association 1A Player of the Year.

Students in the marching band at Hunter Huss High School had the opportunity to visit with Dr. Joseph Earp, director of instrumental music at Pfeiffer University.

Page Primary School held a virtual dance-a-thon fundraiser, which resulted in raising more than $10,000 for the purchase of desktop computers for classrooms.

State Superintendent Catherine Truitt invited the Pleasant Ridge Elementary drumline to create a performance video, which was shown during the AIM (Accelerate, Invigorate, and Motivate) conference in Raleigh.

Daimler donated Thanksgiving meals, including a gift card for a turkey, to Pinewood Elementary families that are involved in the Backpack Weekend Food Program.|

McNaughton-McKay donated $3,000 worth of scholastic books to Pinewood Elementary. Each student was able to take home two books for the holiday season.

The National Junior Beta Club at Pleasant Ridge Elementary collected more than 500 toys to support Toys for Tots and the Levine Children’s Hospital.

Ryan Harris of South Point High School was named the 2021 Luke Kuechly Defensive Player of the Year, which is an award presented by the Charlotte Touchdown Club.  He was recognized on December 6 during the Bronko Nagurski Awards Banquet.

Stanley Middle School was awarded a $20,000 grant from The Citadel. Teachers Alice Ballard and Jacklyn Tant completed a multi-summer program through The Citadel’s STEM Center of Excellence, which focused on infusing computing into the curriculum.

York Chester Middle School donated 4,290 canned goods to Crisis Assistance Ministry and the Webb Street School food pantry.  Michael Adcock’s class won the collection competition with 1,200 cans. Judy Wellman’s class was the runner-up with 1,193 cans.  In celebration of their success, both classes got to throw a pie into the face of principal Jennifer Cabe and teacher Jason Huffstetler.