Highland senior is a Morehead-Cain Scholar 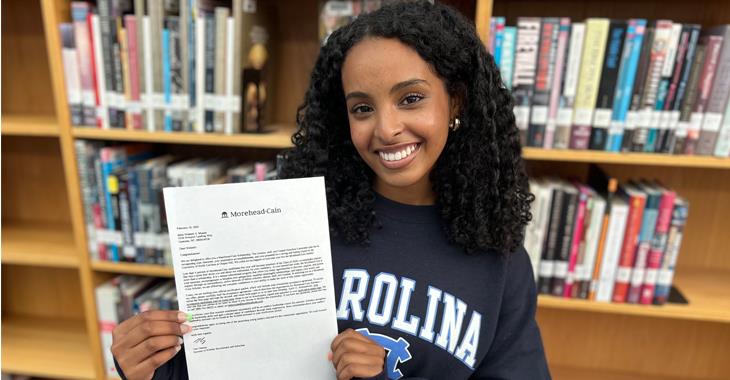 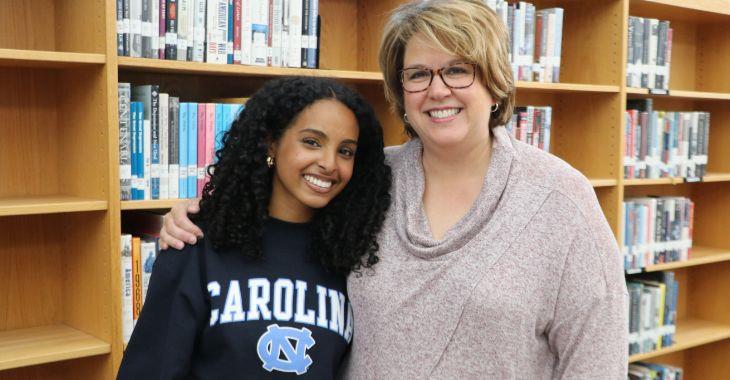 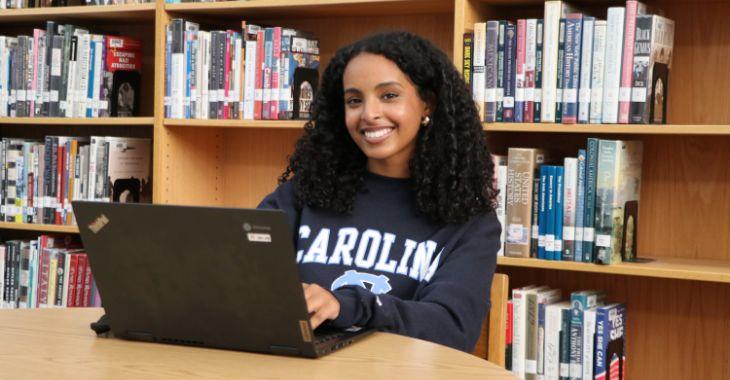 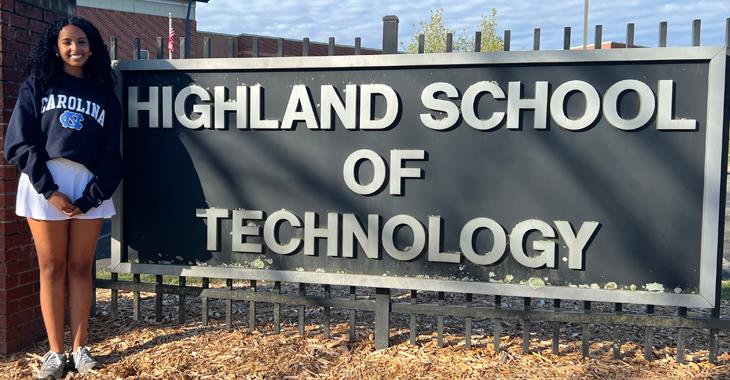 Applying to the University of North Carolina at Chapel Hill was an easy decision for Wehazit Mussie, a senior at Highland School of Technology.  The choice to enroll there became even clearer when she was chosen as a recipient of the prestigious Morehead-Cain Scholarship.

Mussie is among only 75 students in the Class of 2022 to be selected for the coveted scholarship award.  She competed for the scholarship against more than 3,000 applicants from across the country and around the globe.  And, being a Morehead-Cain Scholarship runs in the family.  Just two years ago, her brother, Urael, received the full-tuition scholarship.

“I was in a meeting and saw an e-mail from the university, so I immediately ran out to the hallway to check, and to my surprise, I had been awarded the scholarship,” said Mussie.  “The first thing I did was call my family and tell them the news. They provided me with so much love and support during the entire process that it feels like their accomplishment as well as mine.”

As the second person to win the Morehead-Cain Scholarship in her family, Mussie says she will rely on her brother for guidance.

“It is a privilege for both my brother and me to have this opportunity,” said Mussie. “I will definitely ask him for advice, but it is also comforting to know that even though I’ll be far from home, I’ll still have family close by.”

Mussie is the senior class president at Highland and has served as a student council representative for four years.  She is a volunteer with CaroMont Health and Atrium Health through their community clinics and a fellow at Alliance for Climate Education (ACE), which shares information related to climate and racial injustice through podcasts, webinars, and social media.

However, Mussie will tell you that it’s a couple of her other achievements that have made her most proud.

“One of my greatest accomplishments in high school is probably winning the Barbara James Service Award for healthcare-based community service and establishing the Period Project chapter in Gaston County that helps distribute female hygiene products to communities in need,” she said.

As the HOSA vice president, Mussie is involved in organizing school blood drives and collecting toys for children at Christmas.  In addition, she serves as vice president of the Teen Action Council, a program through the Gaston County Health Department, which aims to provide high school students with resources to live a healthy life.  Outside the classroom, she is captain of the school’s varsity tennis team and is also a member of the soccer team.

Mussie credits her dental sciences teacher, Angela Garner, for having such a positive influence on her during her time at Highland.

“Mrs. Garner is the embodiment of what a good teacher should be and is overall one of the kindest people I’ve had the pleasure of meeting,” explained Mussie. “Her class taught me an array of subjects, not just limited to dental sciences, and it’s knowledge that I’m sure to use throughout my life.”

Each year, UNC-Chapel Hill identifies some 70 students as Morehead-Cain Scholars.  The prestigious award is valued at $80,000 for North Carolina residents and includes full tuition, student fees, housing, meals, books, and supplies.  In addition, Morehead-Cain Scholars have a distinctive program of summer enrichment experiences.

Mussie plans to major in environmental health science through the Gillings School of Global Public Health and then go to medical school and work as a pediatrician.  She is the daughter of Mebrahtu Mussie and G-Selassi Nebiat of Gastonia.