Swimming is a tradition for Hunter Huss family 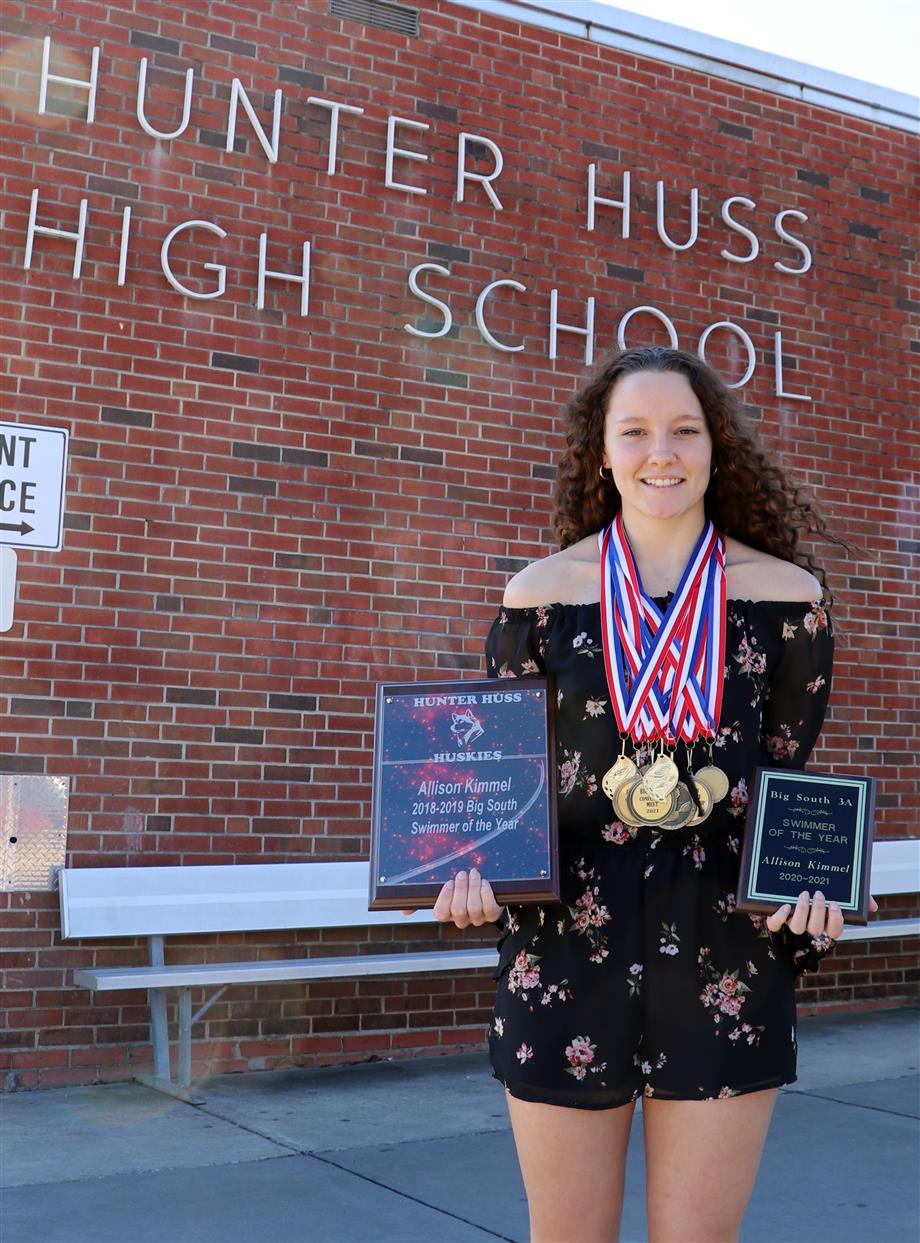 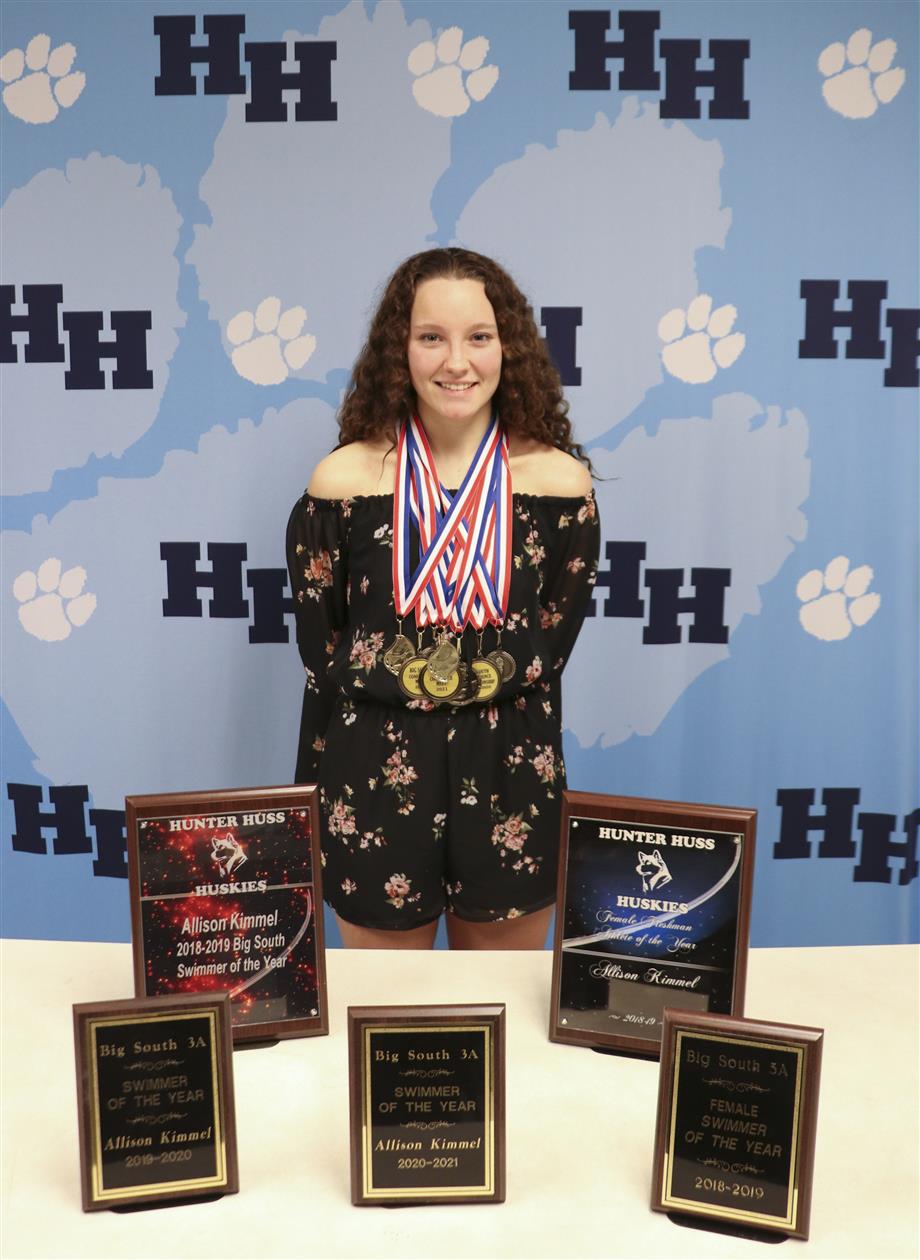 It’s all about swimming for Hunter Huss’ Kimmel family

At the age of four, Allison Kimmel was not a fan of the water, but when her mother tossed her into the pool for the first time, she used that fear to become one of Hunter Huss High School’s most prominent swimmers.

The four-time Big South Conference Swimmer of the Year used her time and influence at Hunter Huss to grow the program from only eight swimmers to more than 30.  Among the students to get involved were her brothers, Ben and Zach.

“It was rewarding swimming with my two younger brothers this year,” said Kimmel. “My favorite memory is watching Ben qualify and compete for a state championship.”

Swimming is a family tradition for the Kimmels.  Both of Allison’s parents swam competitively, and her mother, Jessica, is a math teacher at Hunter Huss and head coach of the school’s swim team.  In addition, the family is very involved in the Wesley Acres Swim Club, which is within walking distance of the school.

"Summer swim club is such a big part of our lives that we call it ‘swim fam’ at Wesley Acres,” said Jessica Kimmel, who like her daughter, earned all-conference recognition.  Jessica was named the Big South Coach of the Year.  “The people you swim with become like family to you, especially during the season and at the high school swim meets when they compete against each other.”

Swimming is a year-round sport for Allison.  In addition to her time on the Hunter Huss swim team, Allison swims competitively with the Gaston Gators.  “I swim about three to four miles a day,” said Kimmel. “You can’t skip two weeks and have perfect form and be at your top speed.  You have to be in the water every day.”

When Allison is not swimming, she is employed as a lifeguard at the Warlick YMCA and is active in various school activities including the Book Club, Beta Club, Interact Club, and Pep Club as well as the Superintendent’s Student Advisory Council.

During her four years at Hunter Huss, Allison has taken a rigorous class schedule including Advanced Placement (AP) and Career and College Promise classes.  In the fall, she will attend UNC-Chapel Hill and major in biology with a concentration in forensics.  She aspires to become a physical therapist.

Allison plans to swim for the UNC-Chapel Hill club team, and one day, she hopes to follow in her mother’s footsteps as a swim coach.