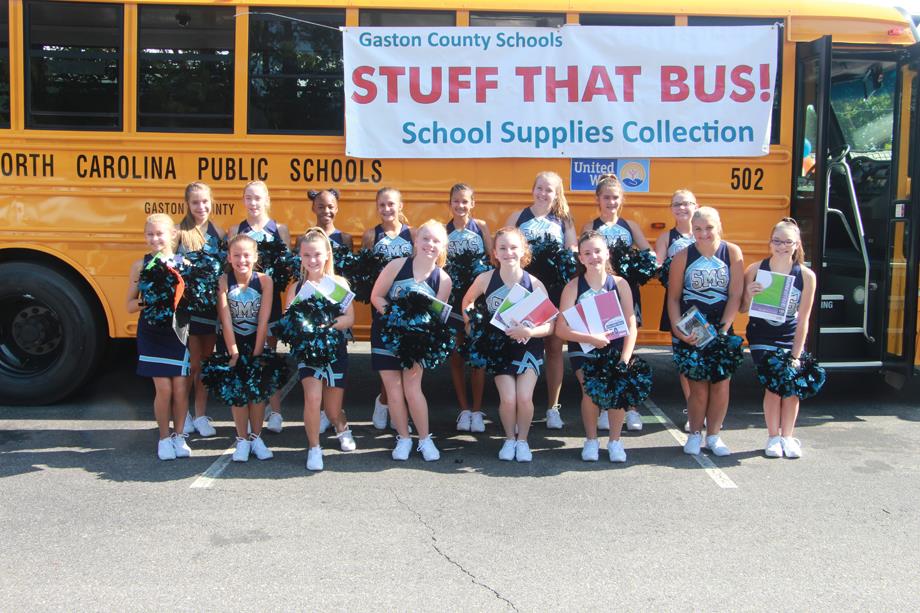 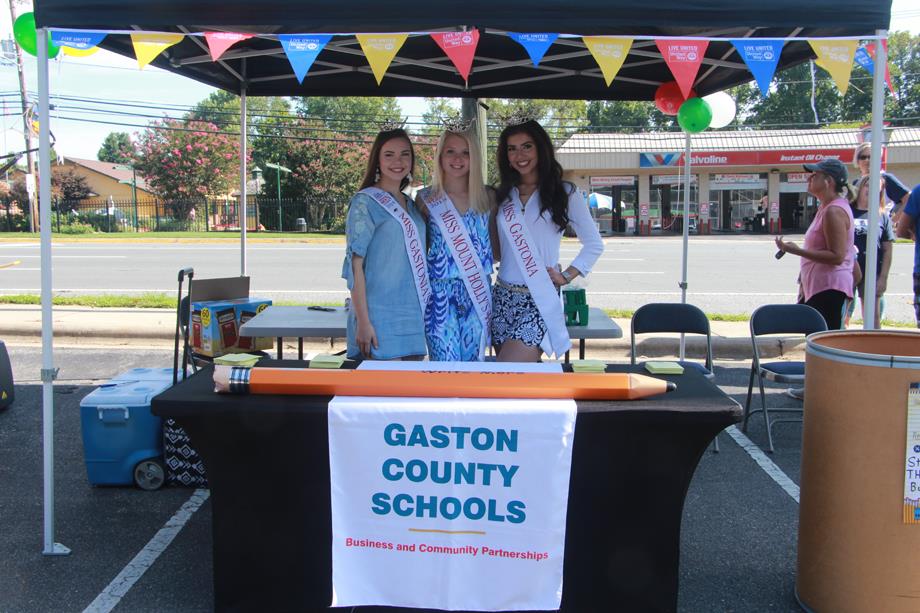 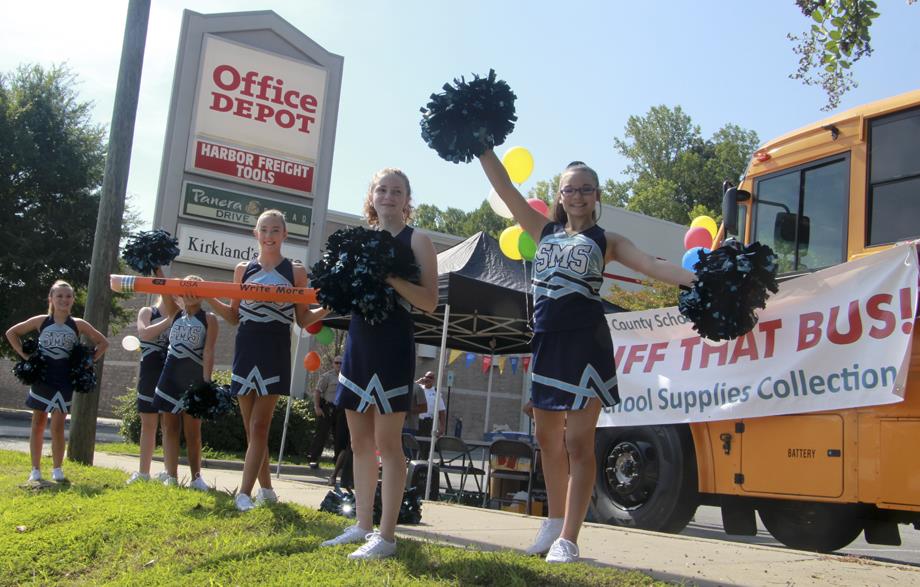 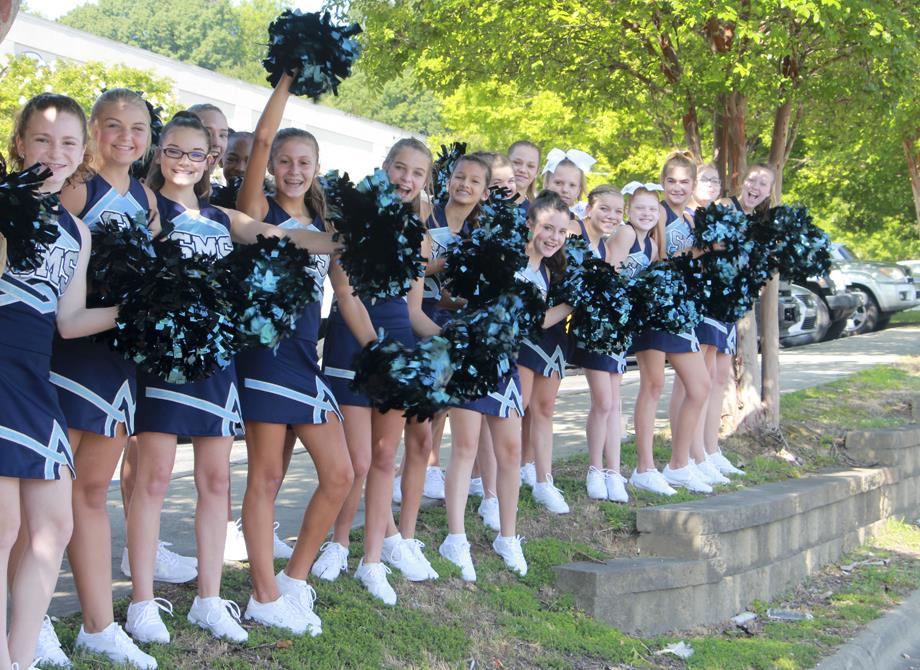 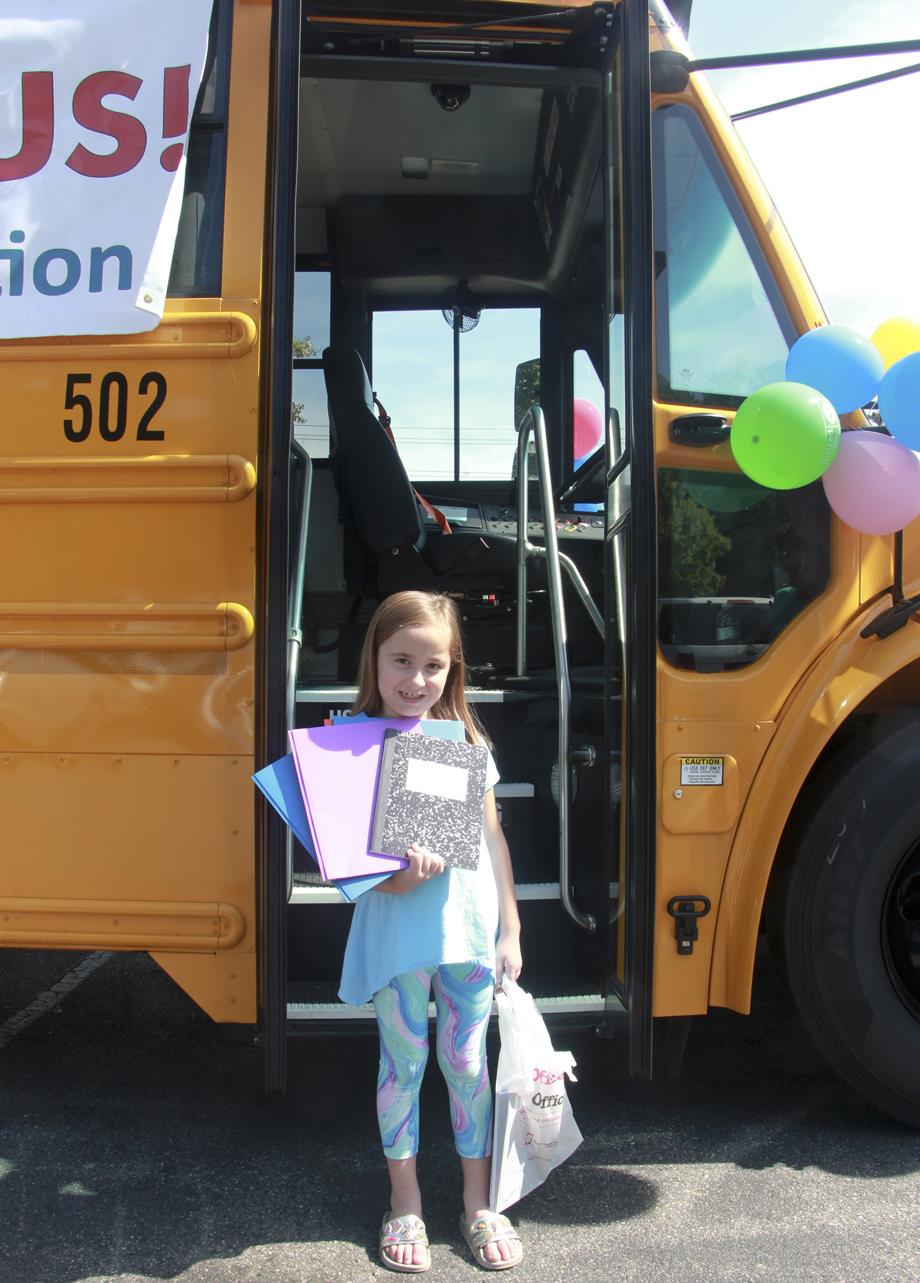 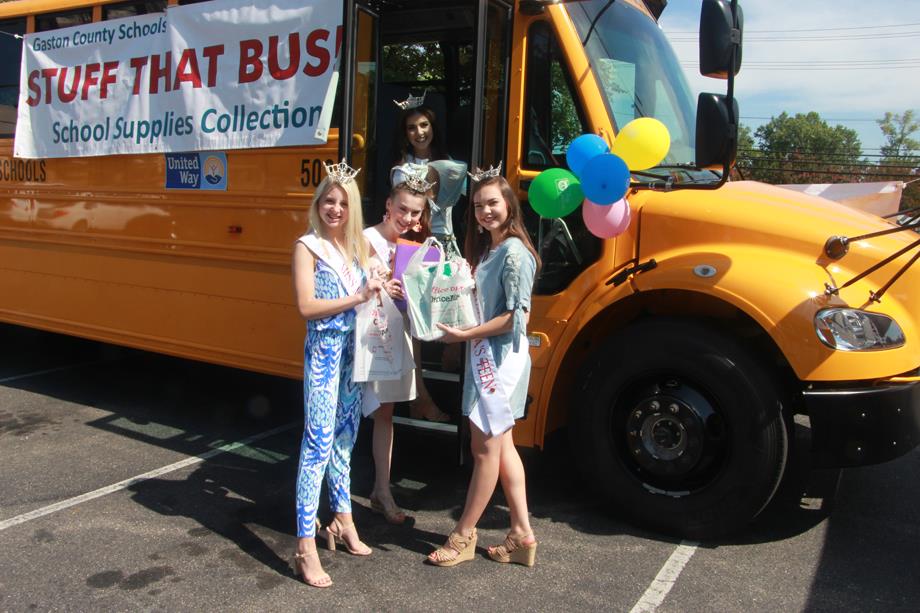 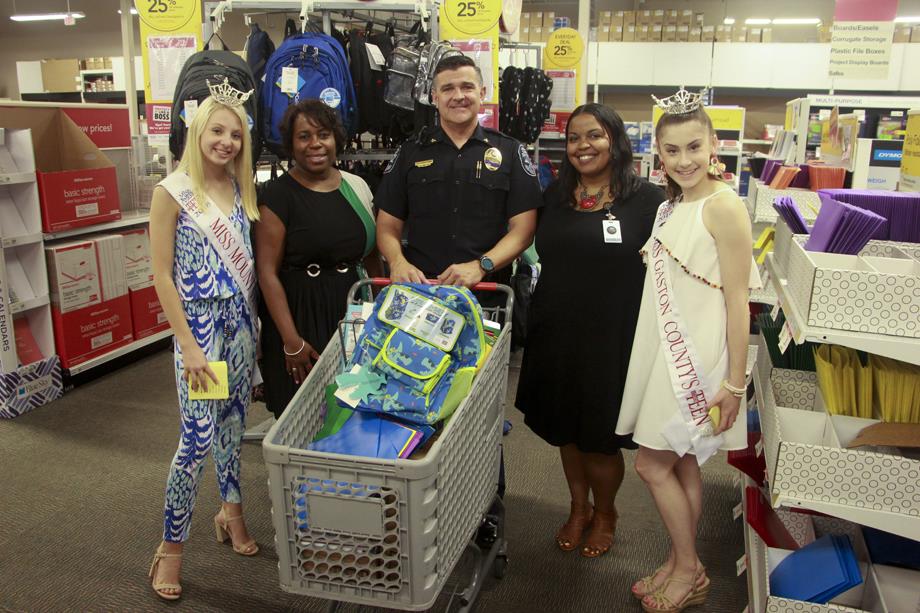 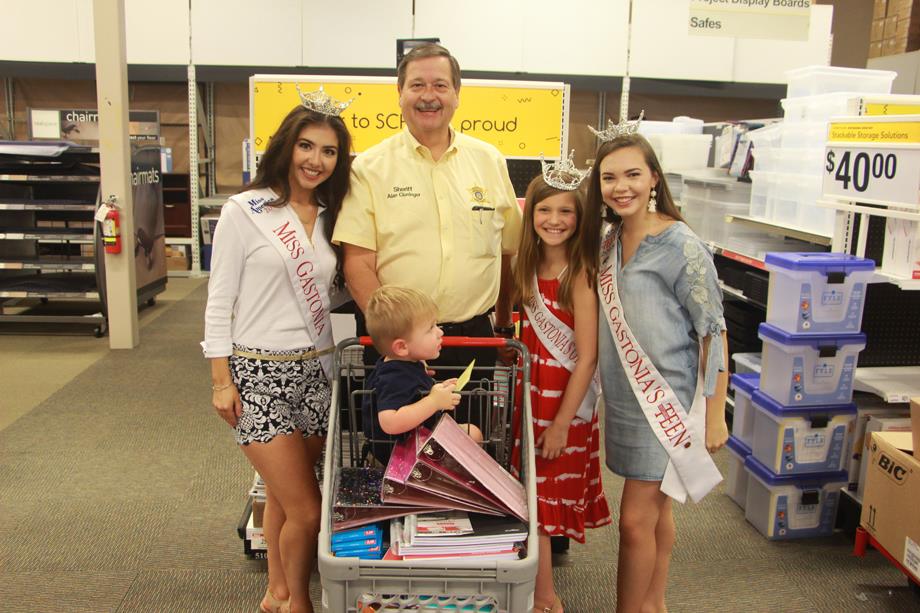 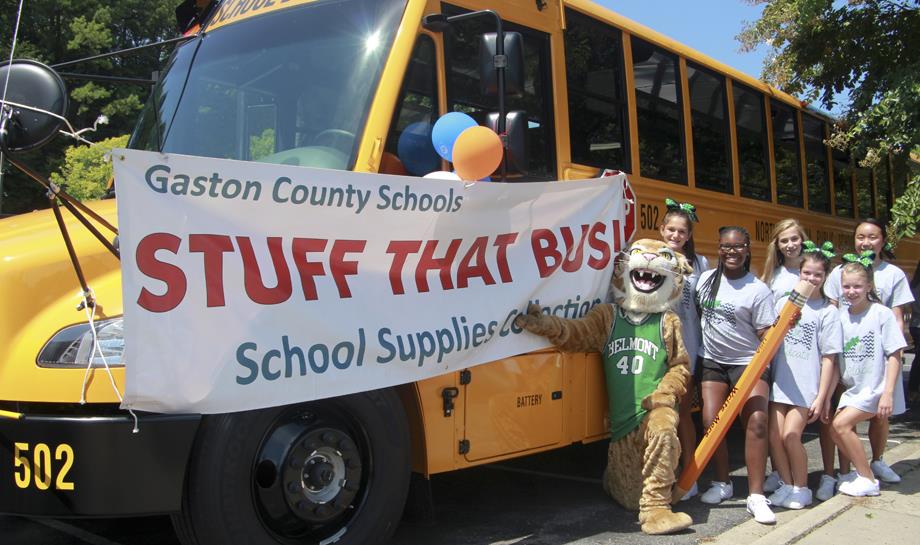 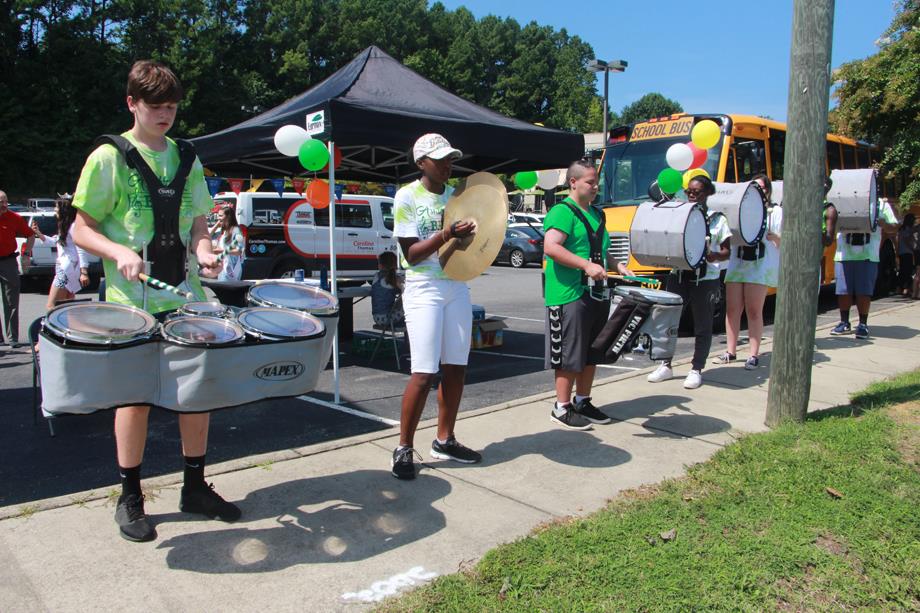 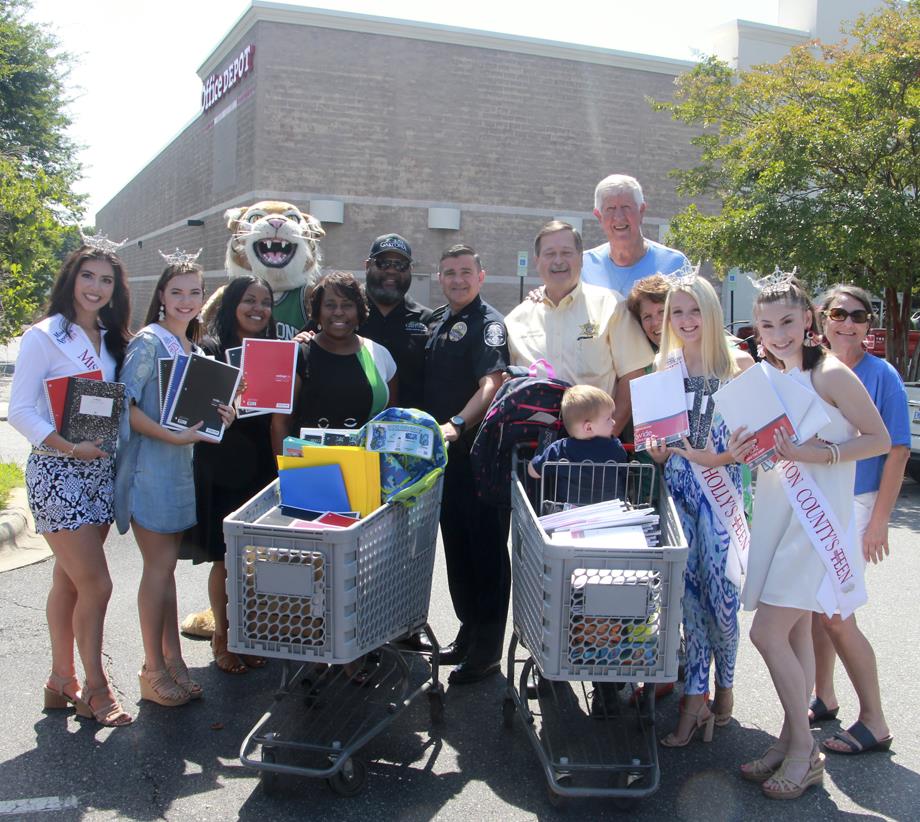 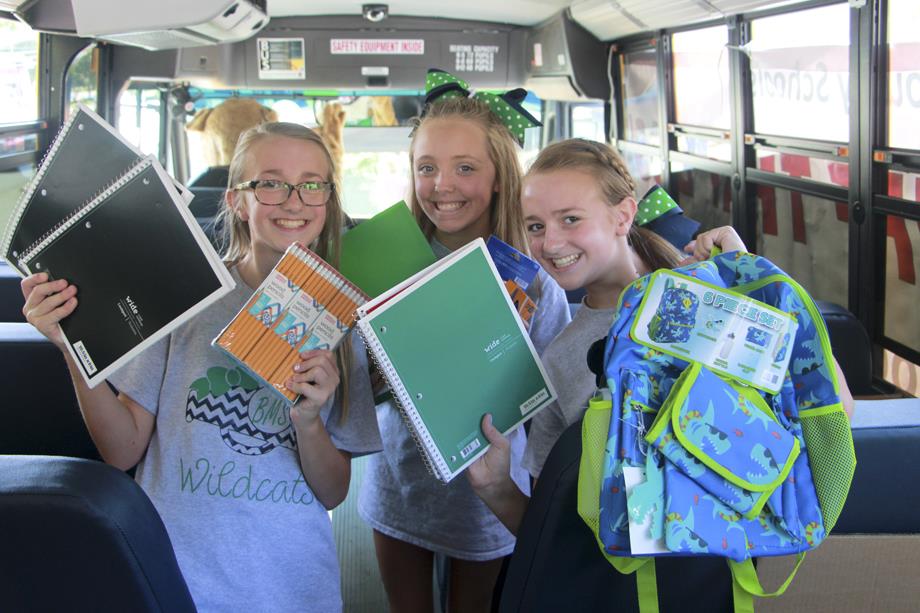 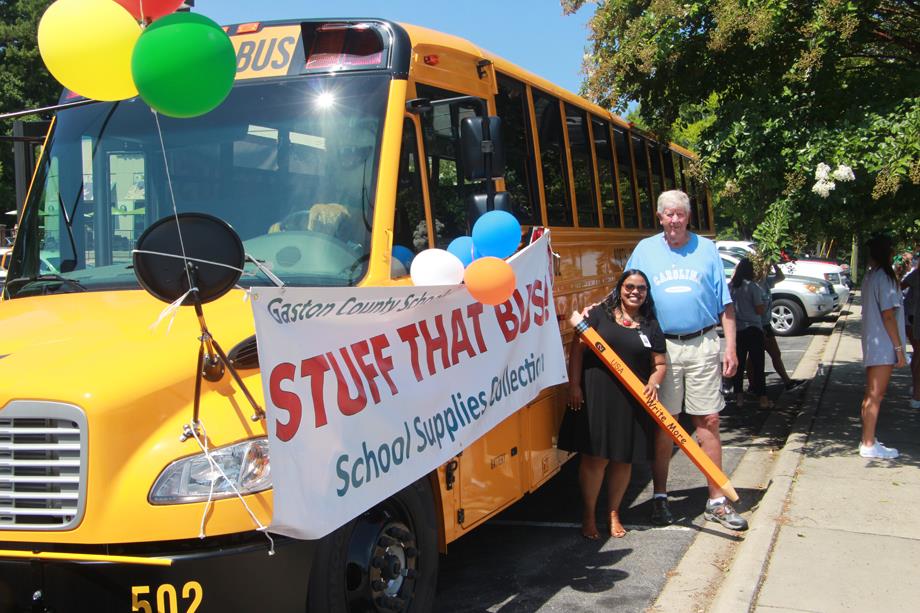 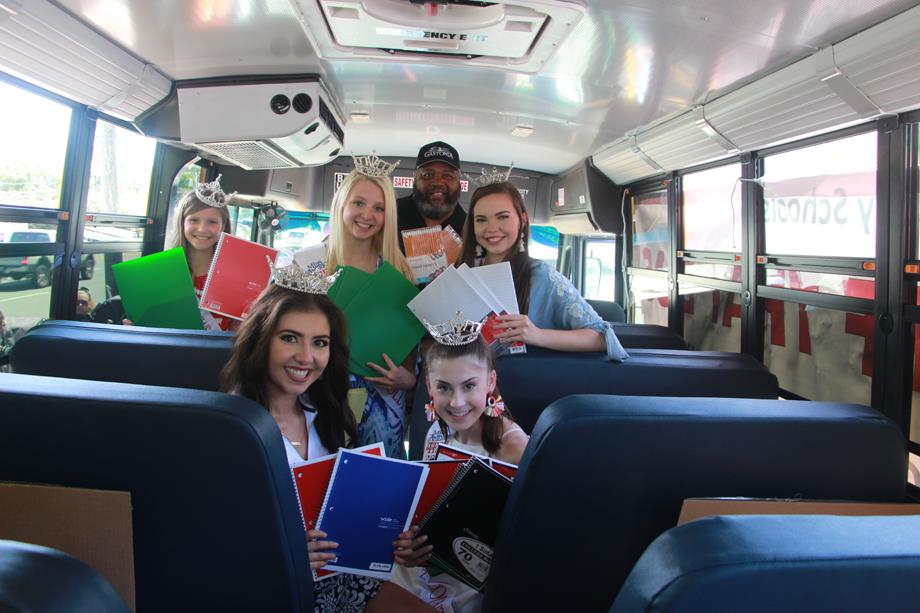 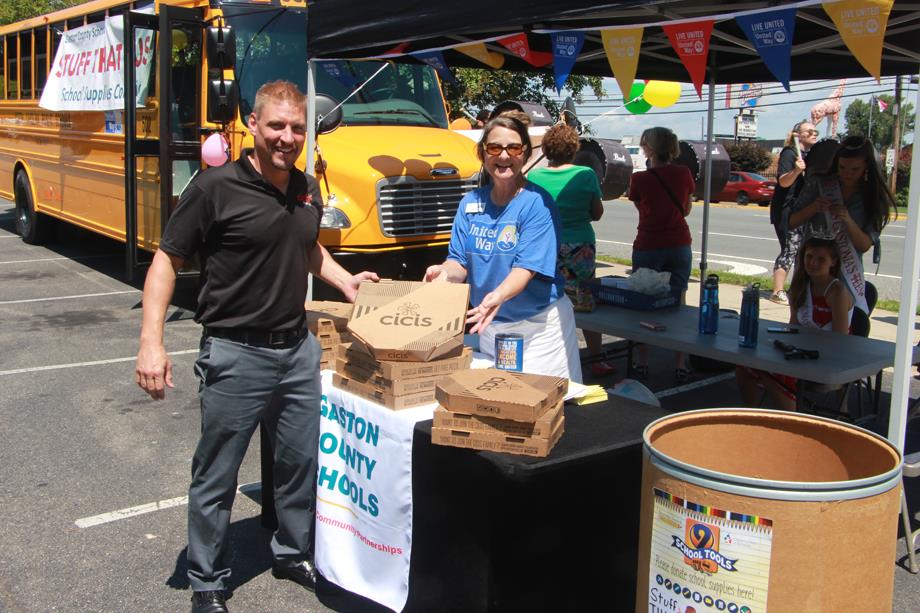 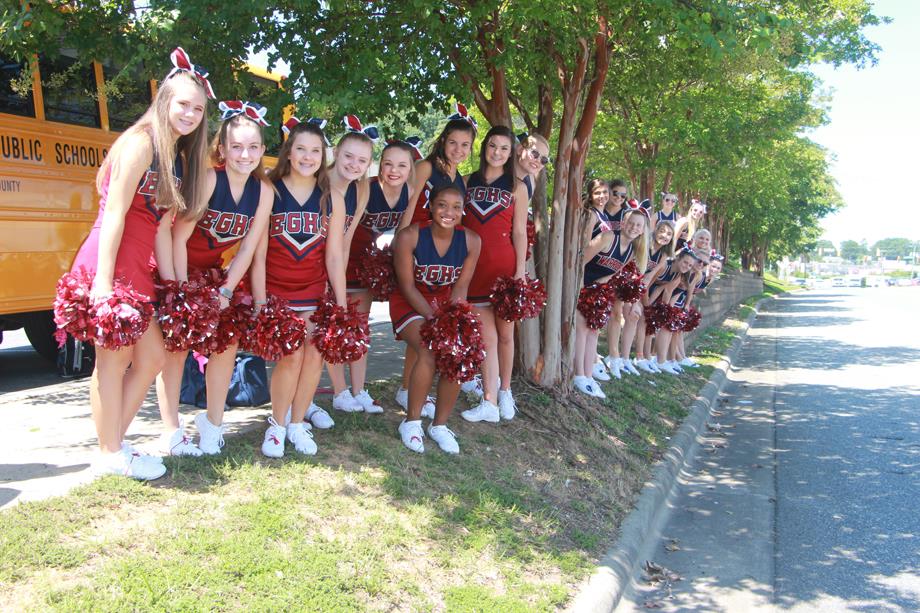 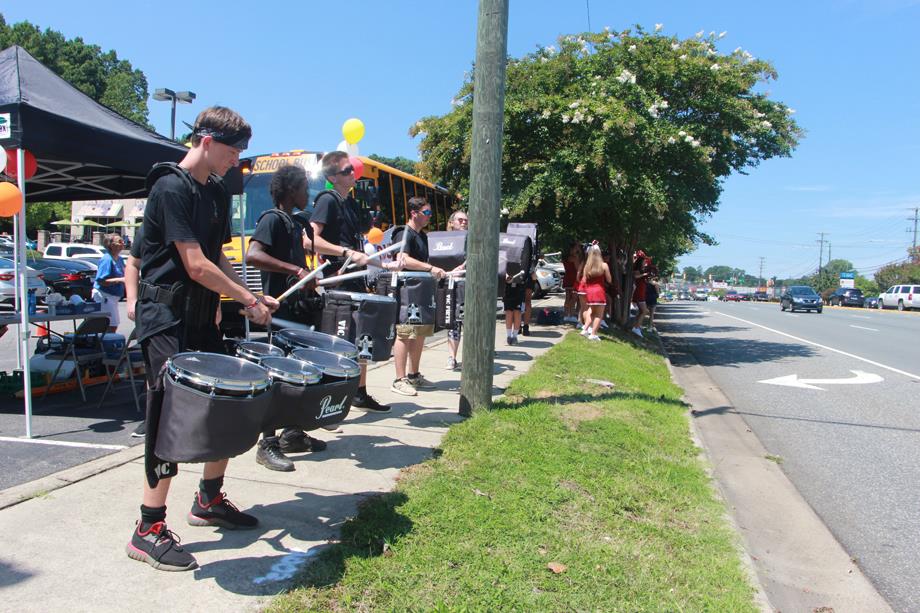 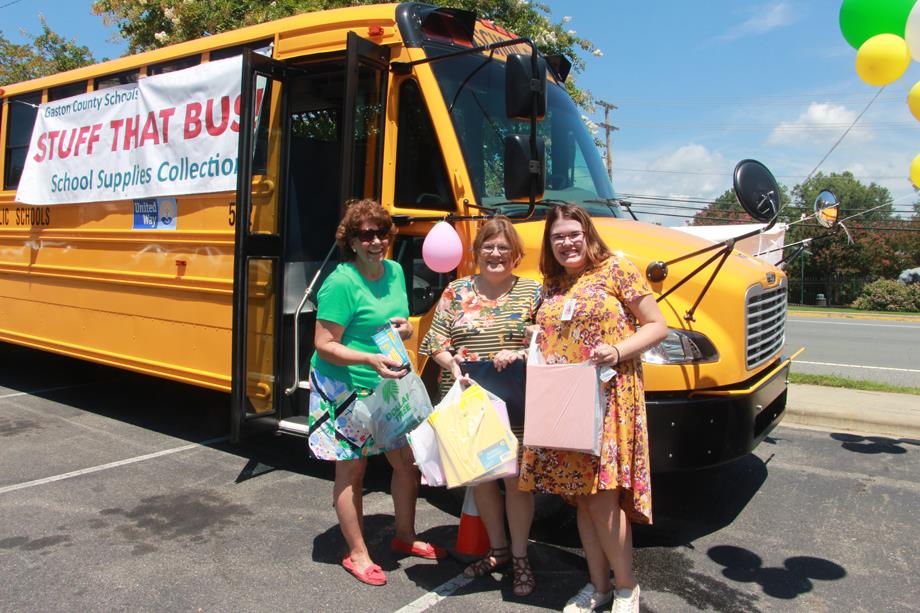 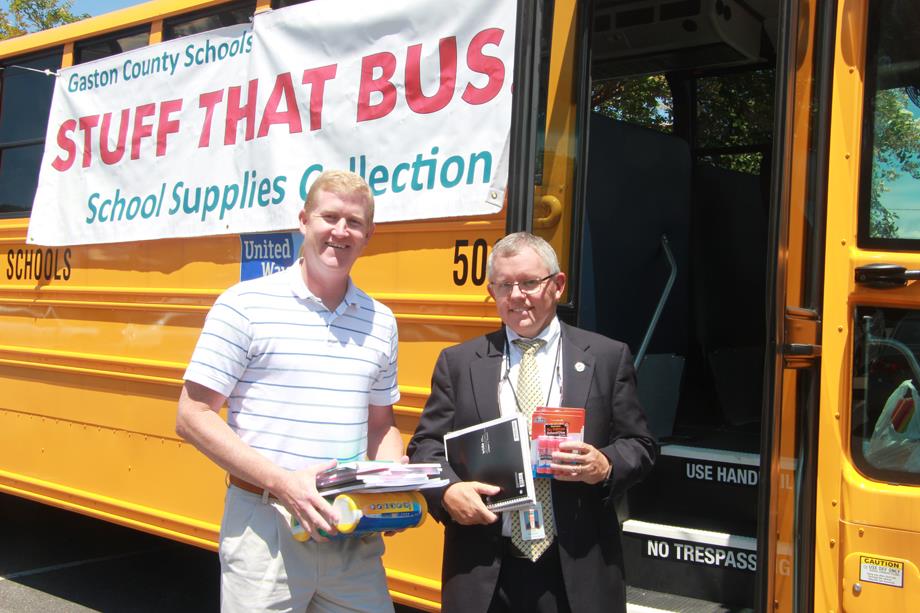 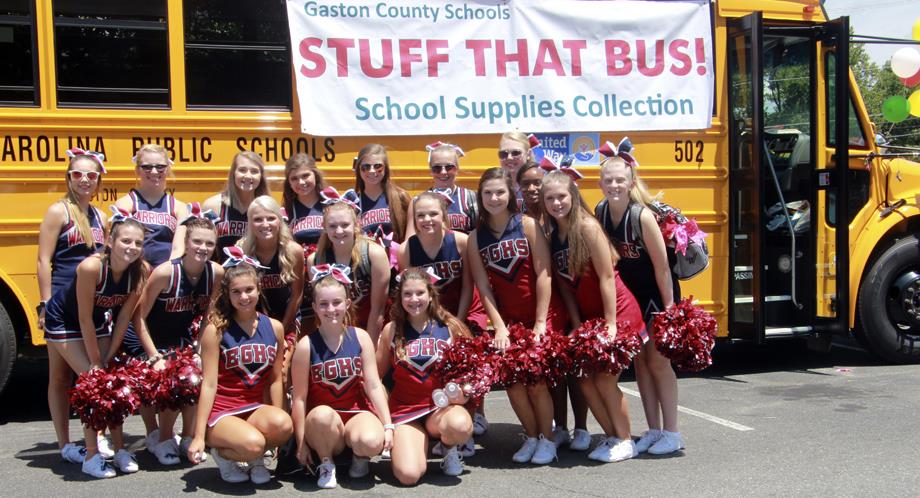 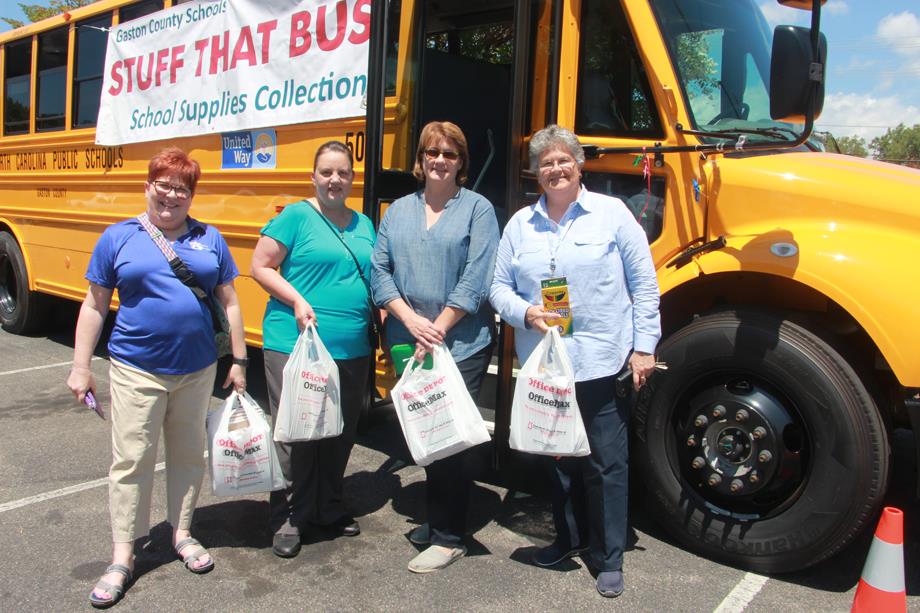 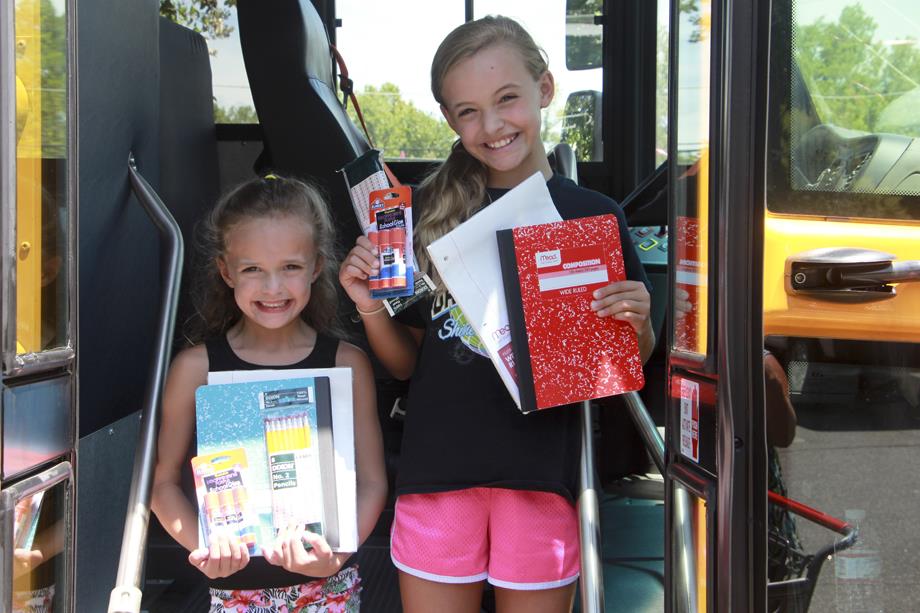 “Stuff That Bus!” brings in supplies for the new school year

A shiny new Gaston County Schools bus sat outside of Office Depot on Franklin Boulevard in Gastonia on Thursday, August 9. But instead of waiting for students, it was there for people to drop off school supplies.

With a new school year just around the corner, Gaston County Schools held its annual “Stuff That Bus!” school supplies collection to help prepare students for the new school year, which begins on Monday, August 27.

More than 4,400 items were collected for schools in Gaston County.  Almost every seat inside the bus was filled with everything from pencils, paper, and notebooks to glue sticks, crayons, backpacks, and much more.  People donating supplies were able to “stuff the bus” by placing their items directly on the bus.

“‘Stuff That Bus!’ is such an important event every August as our community gears up for another school year,” said Valerie Yatko, director of business and community partnerships for Gaston County Schools.  “This program makes sure that students in our schools across the county have the supplies they need so they are ready to walk into their classrooms and begin learning.”

Amid a pep rally atmosphere, contributors to the supplies drive were greeted by cheerleaders from Stanley Middle, Belmont Middle, and East Gaston, marching band drum lines from South Point and Ashbrook, and the wildcat mascot from Belmont Middle.

Gaston County Schools has partnered with Office Depot and the United Way of Gaston County for the past three years to stage the “Stuff That Bus!” collection.  It is an event held in collaboration with the annual “School Tools” drive organized by Channel 9.

People who missed “Stuff That Bus!” can still donate supplies at Gastonia Nissan, which is hosting its “Fill the Frontier!” collection through the end of August, or by contacting a school in your community.